Twice the games, twice the fun.

If you’re an LCK fan that has been hunting for more exciting storylines over the past few years, you’re in luck. Riot Games has announced some major changes to the League of Legends competition’s playoff format, including a heavily-requested change that should inject the path to gold with even more suspense than before.

Next year, the LCK will be transitioning to a double-elimination format for post-seasons, giving room for the miracle run Cinderella stories that nearly every single Korean League fan has been clamoring for across the esport’s history. 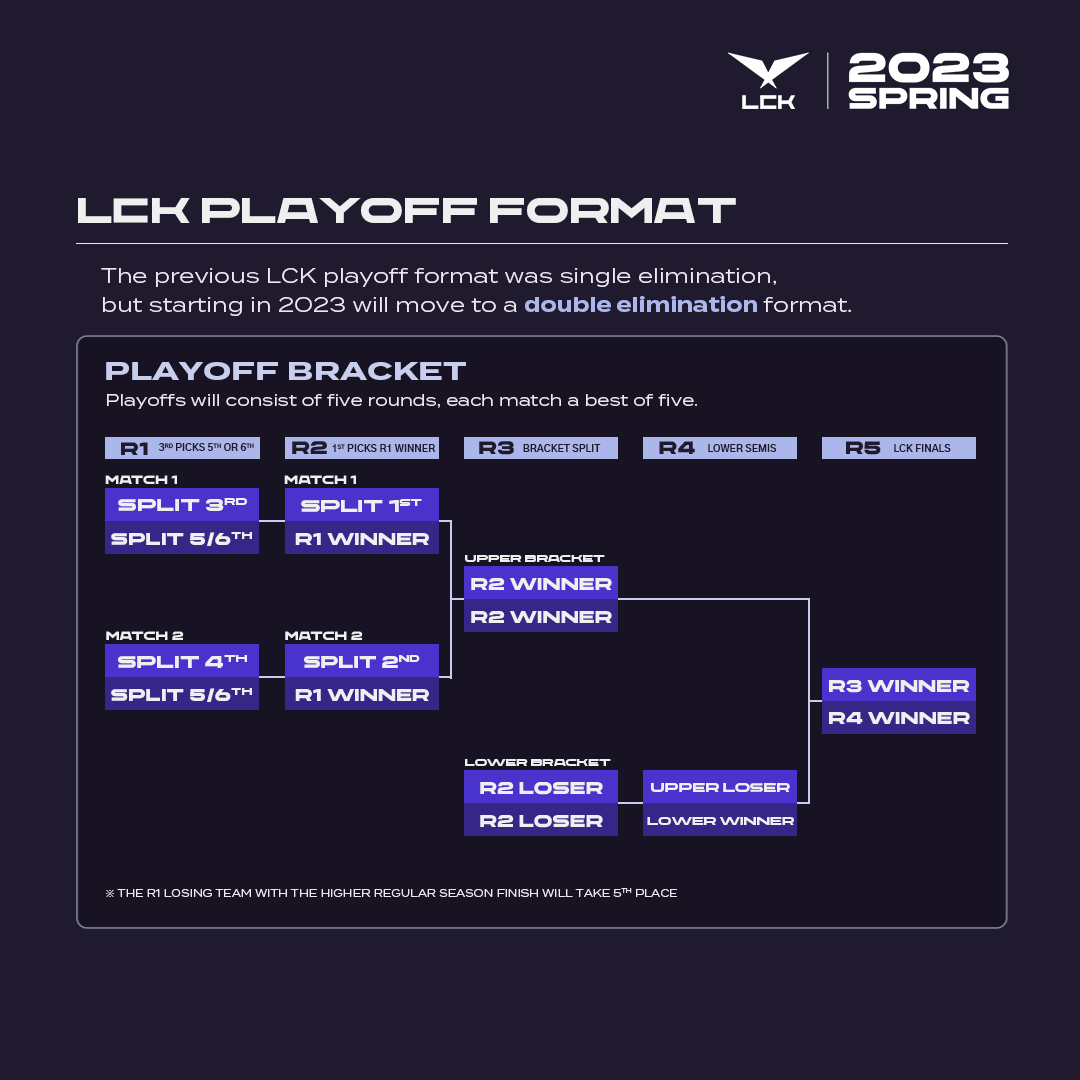 In 2023, the playoffs in Korea will now span five series instead of three, with the first and second-place teams through the regular season getting a bye to the second round. The two teams that suffer a series loss in the second round will get another chance at life in the newly-formed lower bracket. The winner of that series will then face off against the loser of the third-round upper bracket series.

With a double-elimination format finally being adopted in the LCK, comeback stories are much more likely while underdogs have a chance to make a miracle run to a championship.

Meanwhile, this also means that a top League team in Korea can still make a run for the gold and international play if they suffer a surprising loss early in the bracket. 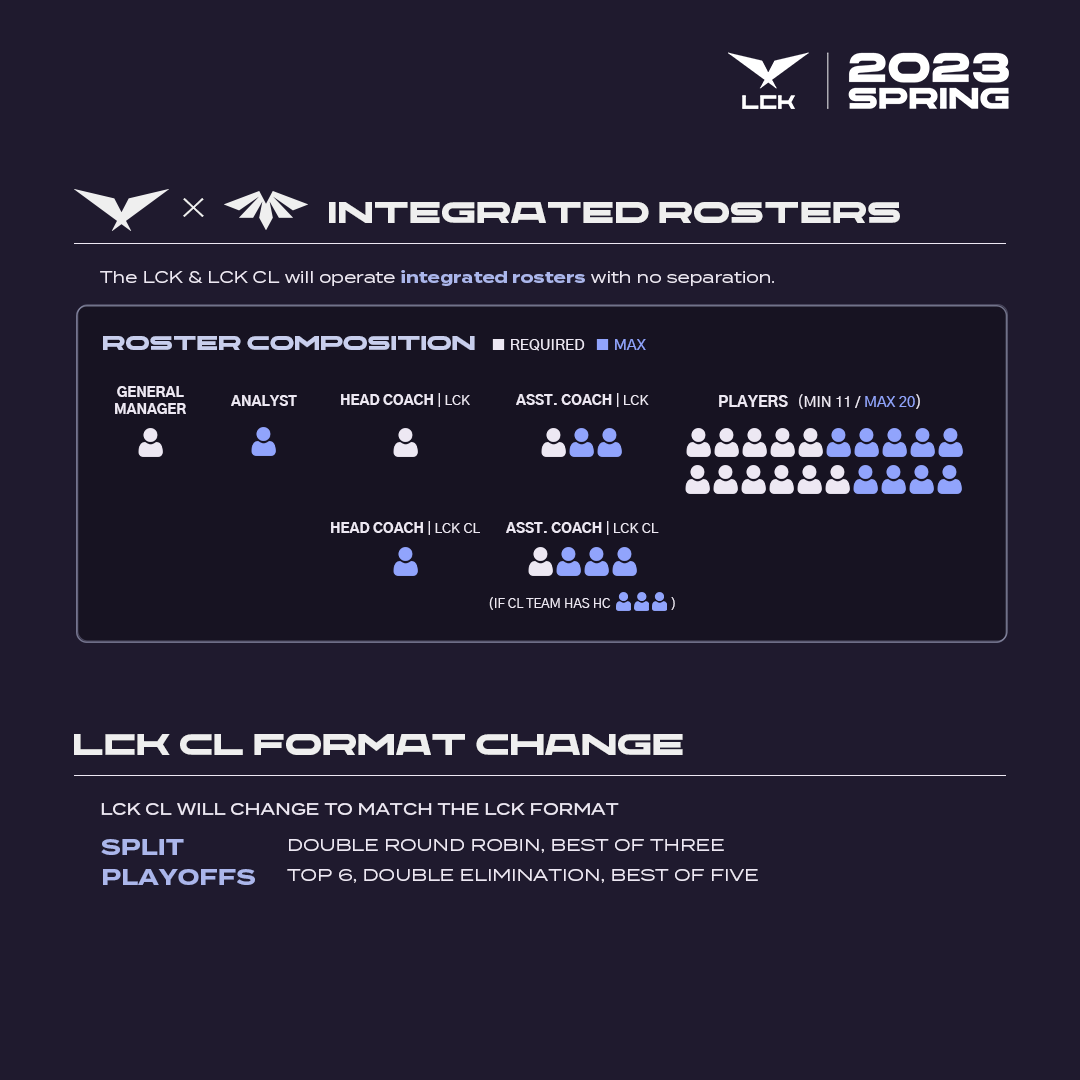 Additionally, the LCK and Korean Challengers League will now operate with integrated rosters with no separation, meaning that one team can have up to 20 players under their flag ready to swap around at a moment’s notice.

This is a welcome change for League fans, especially after Riot confirmed the World Championship would not be adopting a double-elim format moving forward. But this is a great step that should bring even more viewers to an already very exciting region.