That's a lot to take in.

Its been yet another eventful day in the world of Pokémon. Weve got three more exciting things in store for youan awesome idea, a glitch, and a mindblowing achievement.

The awesome idea is one grounded in logic. After realizing Eevee and its Eeveelutions make up half of all existing Pokémon-types, fans think it’s the perfect time to create a rival Pokémon that works in a similar way to make up the rest.

In their view, it would be a better approach than seeing more Eeveelutions in future generations. There was also a lot of discussion about what itll look like and what it could be named.

In other news, a Pokémon Go trainer stumbled across a bizarre visual glitch in the handheld title that essentially turned Mewtwo into a Golden Razz Berry that could be eaten by other Pokémon. How the mighty have fallen!

And last but not least, popular Pokémon Go streamer FleeceKing hit yet another massive milestone. Its his biggest yet, and one that has taken countless hours of grinding to achieve. 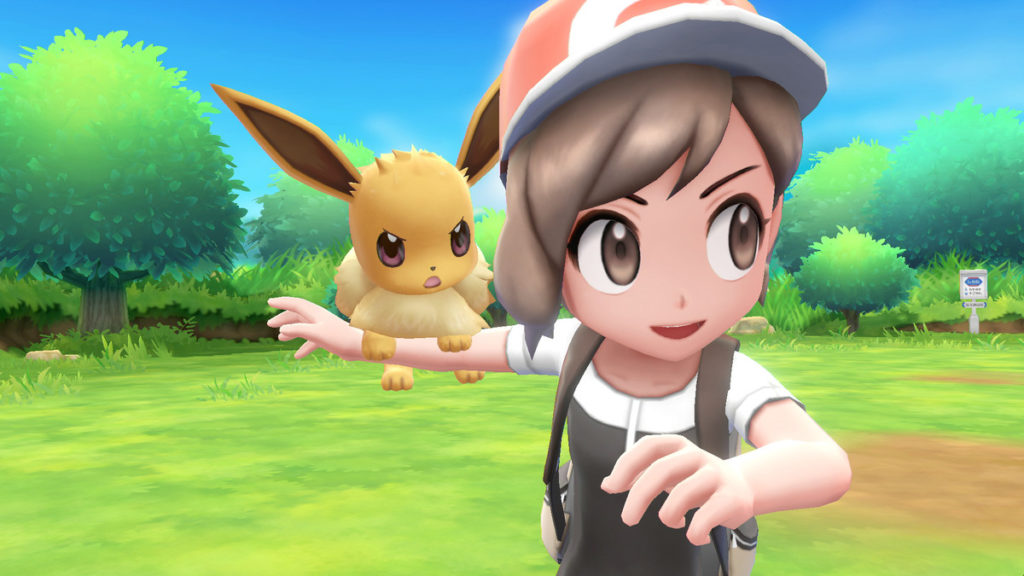 Pokémon fans want a rival to Eevee, and their logic checks out

Game Freak and Nintendo have done an excellent job creating new Pokémon throughout the years, but while weve seen more Eeveelutions pop up, theres never been another Pokémon like it.

Fans want that to change. The conversation ignited after one fan pointed out that, since Eevee and its Eeveelutions cover half of all existing Pokémon-types, its the perfect time to make a rival that covers the other half. As for what they want it to look like, the fan said it should be as cute and loveable as Eevee, but perhaps something different from a fox-like mammal, such as a reptile or a bird.

The post drew almost 20,000 likes. It also kicked off a discussion spanning hundreds of comments. Most fans agreed, and there was no shortage of creative and interesting suggestions.

Idea: Eevee and its Evolutions cover exactly half of all types. Rather than want more Eeveelutions, GameFreak should make a rival Pokemon to Eevee that covers the other 9 types from pokemon

This is Mewtwos final form

Just when you thought Mewtwo couldnt possibly get any stronger, a bizarre Pokémon Go glitch was spotted turning the almighty Psychic-type Legendary Pokémon into a Golden Razz Berry.

A trainer was searching through their backpack to feed Zigazoon a berry when they noticed their Golden Razz Berries had taken on the form of a bite-sized Mewtwo waiting to be eaten. Its unclear what caused the Pokemon Go glitch, but its clearly just a visual one, so no Mewtwos were harmed in the process.

FleeceKing is one of the most popular Pokémon Go streamers. He set the world on fire in 2022 when he became the first player in the world to reach level 50, the maximum level in the game. Hes also caught more than two million Pokémon.

But like the dedicated trainer he is, he never stopped playing and reached an even more impressive milestonehitting two billion XPa staggering number that almost seems impossible.

Its been a wild ride for him and his fans in the six years hes been playing the beloved mobile title, and hes showing no signs of slowing down, even after taking a break for his mental health.

Thank you all so much for helping me celebrate this personal milestone! #PokemonGO pic.twitter.com/jhhWjlZnAU

That brings us to the end of another exciting news day. Nothing pressing happened on the Scarlet and Violet front, but there was plenty of other news to keep things plodding along. Besides, the Generation IX games have been hogging the spotlight lately. So, it was nice to see other areas of the franchise shine a little brighter.

And with two more work days left in the week, theres plenty of time for other bits and pieces to pop up yet!