Looks like we can start packing our bags for Boreas.

Its been a long run up to Apex Legends newest battle royale map, perhaps made even longer by the spring 2022 leaks that revealed new legends, heirlooms, and a new map that was still in development. The map in question was clearly unfinished, with plenty of untextured geometry all over it, but the bones of the map and its skybox looked an awful lot like a meteor or moon that had been violently broken apart.

The map, code-named Divided Moon, was theorized to be the moon of Boreas, which Apex players last saw being broken apart by a comet in Seers Stories from the Outlands, Metamorphosis. Thanks to todays episode of the season 14 quest, it seems that players will indeed be getting a map set on the moon of Boreas in the near future. 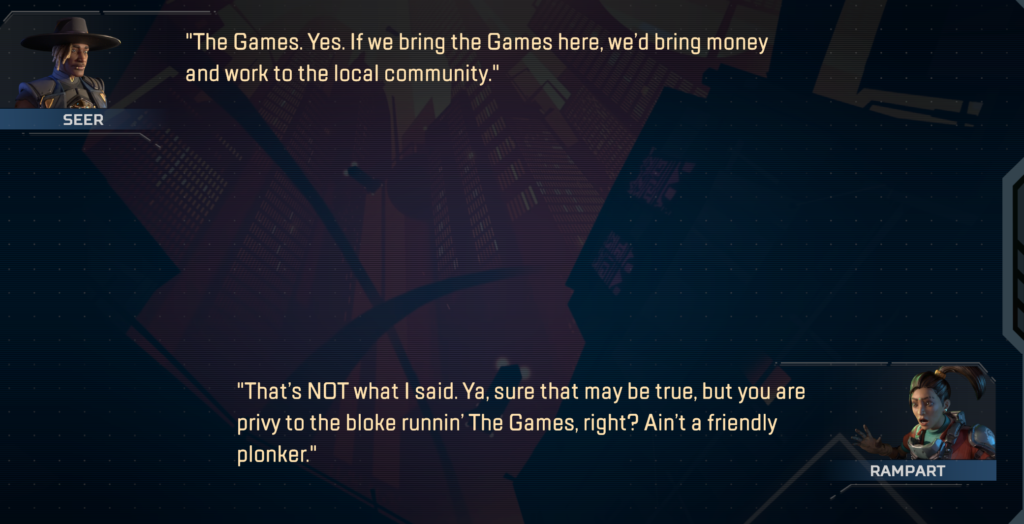 The latest chapter of Friends Like These features Seer, apparently still affected by the interview he had with Lisa Stone, in which she questioned what Seer had actually done for his home planet. Apparently wanting to bring a bit more tangible support for his home, Seer reveals to Rampart that he wants to bring the games to Boreas, thereby bringing more money and work to his home planet.

Rampart immediately points out that the person that runs the Apex Games isnt really one for altruism, and she has a point, given Duardo Silvas recent history. But thats beside the point: all signs continue to point to Boreas as the location for the next map in Apex, and we could be getting that new map as early as season 15.

Since Respawn usually releases a map roughly once every four seasons, season 15 would be the next season in line for a new map after the release of Storm Point in season 11, and Olympus in season seven before that. The mentions of bringing the games to Boreas also come after multiple teasers regarding Boreas and the future of its moon in various places, including in magazines featured in Lifelines Medic, the newest POI to come to Olympus.

Between the previous leaks, the design of the Divided Moon map, and the repeated references to Boreas, Seer bringing up the possibility of bringing the Apex Games to Boreas seems to be as close to a final confirmation as players will get before the new map is officially announced.