100 Thieves are Call of Duty champions for the first time since 2019.

For the first time since their inception, the Los Angeles Thieves are Call of Duty League champions, claiming the New York Major championship after knocking off the New York Subliners in 53 fashion to take the best of nine Grand Finals.

After a tumultuous 2021 season, which saw numerous roster changes, the Thieves played the long game in 2022. This season had not gone the way the players or management had hoped and Los Angeles had moments where they could have taken the easy route and made a mid-season adjustment like so many teams in the CDL had. But the Thieves decision to stick with their original roster of Octane, Kenny, Envoy, and Drazah paid massive dividends in the seasons last major. 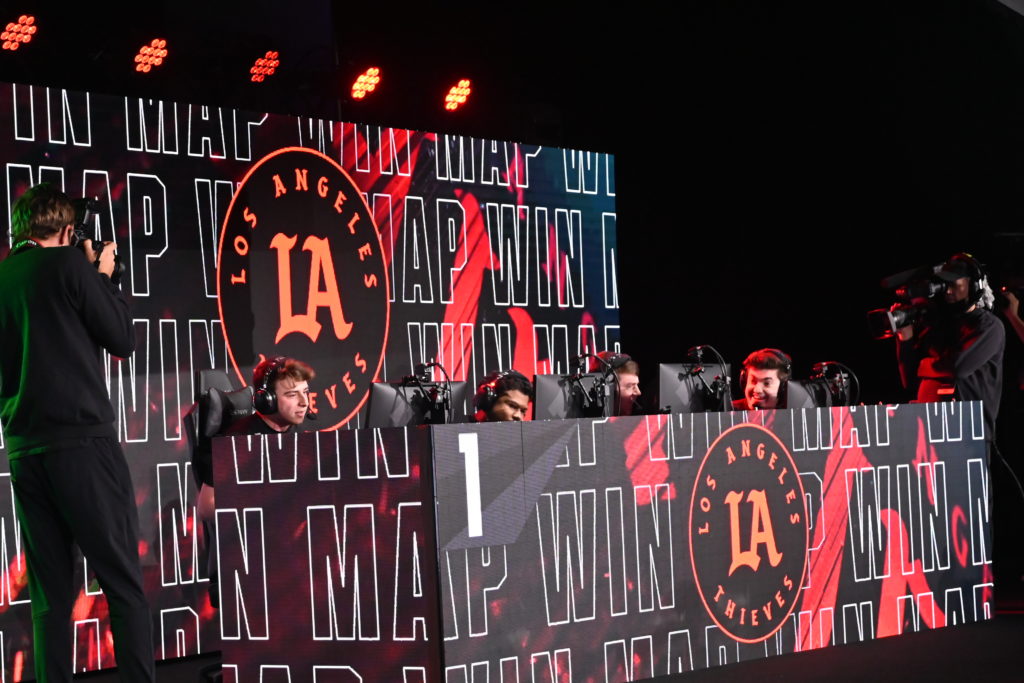 After the Subliners defeated the Thieves 31 earlier in the day, there could have been a sense of deja vu from Los Angeles. But to their credit, they fought back to keep the series within reach, taking the Berlin Control and Hardpoint to tie the series at two maps apiece. But the Subliners, led by the winningest player in CoD history, Crimsix, would not go quietly.

In the series fifth map, Bocage Search and Destroy, New York held a 54 lead and were one round from taking a 32 series lead. In a two-vs-three situation, L.A.s Envoy had made his way into the second story of the building known by competitive players as ‘Grandmas House.’ He had a beat on both PaulEhx and Crimsix but the game glitched, not allowing Envoy to shoot his gun. PaulEhx found the easy kill, which left Octane in a one-vs-three before HyDra ended the round and game.

There are no rules within the CDL ruleset to allow for a round replay for a glitch within the game, which meant the Thieves would have to accept the loss. But, to their credit, Los Angeles did not let the unfortunate outcome affect their gameplay the rest of the way. They came out swinging in the Gavutu Control, winning the map 31 and washing the bad taste from the previous map out with a dominant performance.

Overall, we just kept our composure, Kenny, who was named tournament MVP after the series with a 1.15 K/D performance, said of his teams mentality. We knew our map pool was deep and we knew if we just played together we were going to come out with the dub.

"Who would have thought?"

After L.A. rebounded with the swift victory on Gavutu Control, there was a shift in the series. With all the momentum on their side, the Thieves were on a mission to bring a Call of Duty Championship back to 100 Thieves.

The org created by former pro player and massively popular creator Nadeshot had not won a CoD championship since 2019, the final year of the CoD World League. Both Kenny and Octane were a part of the team that won the championship at CWL Anaheim in June that year and it was only fitting the two veterans were the pillars of the team that returned the Thieves to CoD glory.

The last two years have been nothing special but to win under this bannerits the best feeling in the world, Octane, who spent the last two seasons with a struggling Seattle squad before returning to 100 Thieves, said. It just feels good to be back. 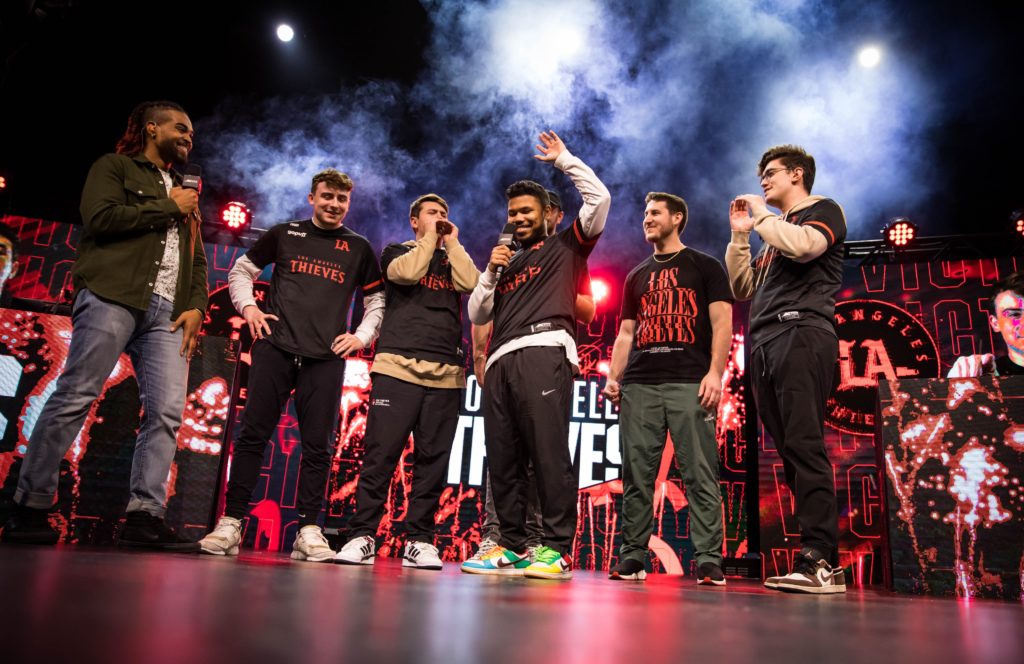 Photo via Kyle Miller for 100 Thieves

Los Angeles dominated the Berlin Search and Destroy to a tune of 61 and there was no doubt the Thieves were going to claim their stake as champs. Heading to Tuscan Hardpoint, every single member of L.A. was firing on all cylinders. Each player had a positive K/D as they dominated in slaying and clinched the championship with a 250163 victory.

Im feeling on top of the world, man, Envoy, who posted a 1.08 series K/D, said on stage after the match. Its been a long time coming. Weve been through so much this year. Im just happy we can do it together.

Los Angeles will carry loads of momentum into next months CDL Championship, playing their best Call of Duty of the season at the perfect time. This team always had too much talent to underachieve and seeing what they are capable of must be a scary sight for the rest of the CDL.

The roster construction of the Thieves received a lot of criticism after shortcomings earlier this season, but now they might just have the team to win a world championship.

Latest comments
No comments yet
Why not be the first to comment?
Featured news
CoD10 hours ago