Junker Queen to be nerfed in next OWL patch, changes also confirmed for Overwatch 2

The queen has earned her title, but won't be overpowered for long.

After the Midseason Madness tournament, which saw the Los Angeles Gladiators claim the tourney win, the meta in the Overwatch League continues to cement itself around a few key heroes. As teams continue to play their way through the Summer Showdown tournament qualifiers, one thing has become clearthe games newest hero is overpowered.

Junker Queen was added to the Overwatch 2 beta earlier this summer and players who gained access to the beta were all eager to try out the new tank hero. Both casual and professional players alike realized she is an incredibly strong choice in Brawl compositions, excelling in close combat.

Her pick rate in the Overwatch League remains high since her debut.

This season, the players in the Overwatch League have been playing on early versions of Overwatch 2, which is scheduled to release this October. While casual fans of the game were only able to test out Junker Queen for a short period of time, the pros continue to master her kit.

“The hero team has been monitoring the latest OWL play, plus our own internal playtests, and have decided to bring the overall power of Junker Queen down,” Keller said.

Hi everyone! The hero team has been monitoring the latest @overwatchleague play, plus our own internal playtests, and have decided to bring the overall power of Junker Queen down. The change will roll out after Summer Showdown and will be included for #Overwatch2 launch.

While the changes will not be immediate, meaning the rest of the Summer Showdown will likely continue to be a showcase of Junker Queen, they should be in place for the end of the 2022 season.

Kellers tweet indicated the dev team is looking to nerf Junker Queen after seeing how powerful her abilities are. This is a sentiment casual players shared during the latest beta, but following her success in the Overwatch League it is clear she is overpowered. Blizzard has also been playtesting the hero internally.

Junker Queen has a wide range of abilities, from her close-range shotgun to her axe. As the first tank designed around the 5v5 model, it makes sense some balance changes might be necessary for her to fit better with the other tanks in the game, who all, aside from Doomfist, were developed around the 6v6 structure. 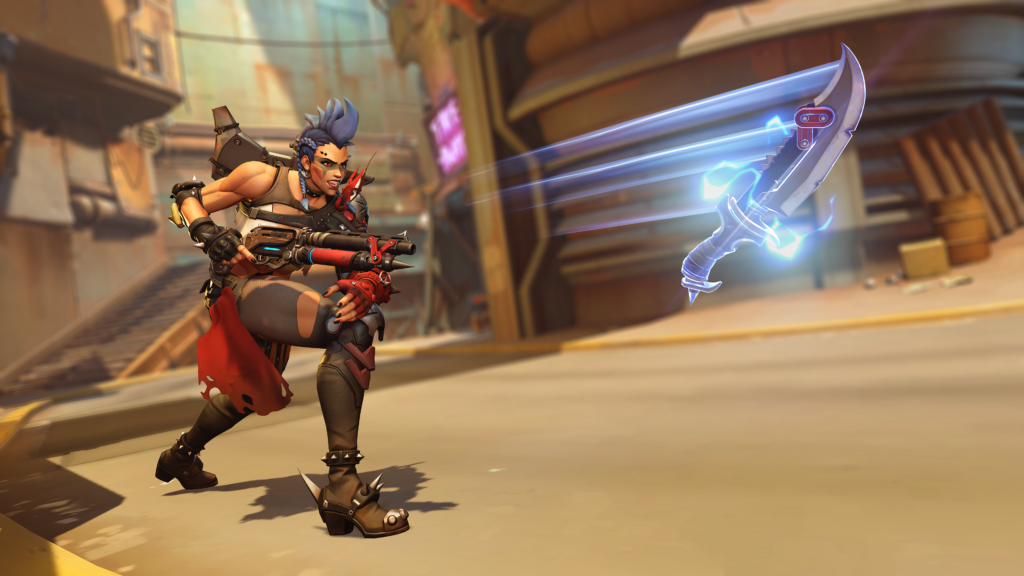 Keller didnt specify in his tweet which abilities will be fine-tuned for the upcoming nerf, but there are certain aspects of Junker Queens kit that seem like likely targets.

Her ultimate, “Rampage,” includes an anti-heal debuff that is applied to enemies when the ability is active. Some players have complained an ability like an anti-heal shouldnt be something a character in a tank role is able to activate.

Until Junker Queens release, anti-heal was the signature ability of Ana, a sniper support hero. While the anti-heal is part of what makes Rampage such an effective ultimate, some players wonder if its just too powerful.

Keller stated that the pending Overwatch League nerfs to Junker Queen will be included in the eventual launch of Overwatch 2 later this fall.