Junglers continue to get love from Riot with 6 buffed champions in upcoming League Patch 12.22b

The first update of the 2023 preseason sends some more power toward junglers.

Six champions are being buffed in League of Legends Patch 12.22b, which is the first update to the game following the release of the 2023 preseason.

Earlier today, Leagues lead designer Matt Leung-Harrison detailed all of the changes coming to some of the games champions and items in a detailed preview of the patch. Beyond the six champions receiving balance changesall of which are buffsfour items will also be adjusted in the patch.

Some specific changes to languishing jungle champs and fixing a few bugs.

We're taking time to let settle & determine how much power should go into items vs champs and in what portions of kit (AOE clear, ST clear, champ damage, durability, etc.)

Micropatch going out this arvo pic.twitter.com/lXCVjKXNEY

This preseason, the biggest changes to Summoners Rift came in the jungle. League players who may not have played the jungle position for quite some time will immediately realize that certain champions build paths and jungle routes may look different, while every champion who gets played at the position will have to grow accustomed to the new jungle pets system.

With so many changes coming to the jungle, its no surprise that the first wave of balance changes this preseason belongs exclusively to junglers. The six jungle champions receiving buffs in Patch 12.22b are Ivern, Kindred, Amumu, Maokai, Rammus, and Shaco. 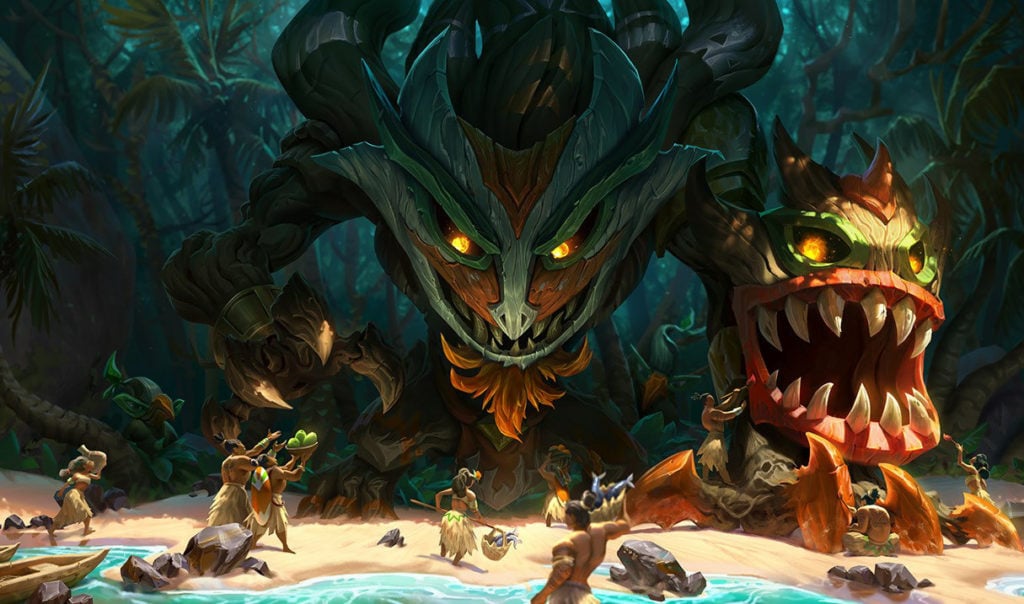 Shacos buff is more of a bug fix on paper, as his Jack in the Box (W) will deal increased damage to jungle monsters moving forward, as its intended to.

Maokai will be receiving one of the more substantial buffs in the patch, as his saplings will have the Slow effect attached to them buffed via the way it scales with Maokais maximum HP and Ability Power. This buff should not make Maokais jungling potential stronger in addition to his laning and supporting ability.

Ivern will also be getting a hefty buff in Patch 12.22b, as his passive, Friend of the Forest, will no longer cost any health or mana at level 18. Although Iverns passive costs less health and mana with each subsequent level on live servers, the idea of him being able to take down camps without having to sacrifice anything should make him a more formidable late-game camp clearer.

Other miscellaneous buffs include an increase to the bonus armor that Rammus receives from Defensive Ball Curl (W), the attack speed Kindred receives from Dance of Arrows (Q), and the base damage of Amumus Tantrum (E).

League Patch 12.22b will go live later today, according to Leung-Harrison.