It’s time for Riot to embrace double elimination at Worlds

Worlds could be better—a lot better.

It was fine while it lasted, but its time for Riot Games to move on, ditch best-of-one round robins, and adopt a double-elimination format at next years League of Legends World Championship.

The format for Leagues biggest esports event of the year desperately needs to be revisited and thoroughly revised. An often one-sided play-in stage followed by a double-round robin group stage and topped off with single-elimination playoffs is underwhelming, to say the least.

Imagine building a roster, practicing for hours on end, competing throughout the year, forming relationships, sacrificing others, and finally qualifying for Worlds after months of blood, sweat, and tears only to fly all the way to Iceland to play just six best-of-ones before packing your bags and heading straight home.

The players deserve betterand so do the fans.

There have been some incredible moments at Worlds, from TPA’s miracle run in 2012 to DWG’s blowout win in 2020. But things would have been different, and maybe even better, with double elimination.

And its not like its never been done before. A double-elimination format was tried and tested in the LCS and LEC this year, to great success, and the same can be said for Dota 2s The International. 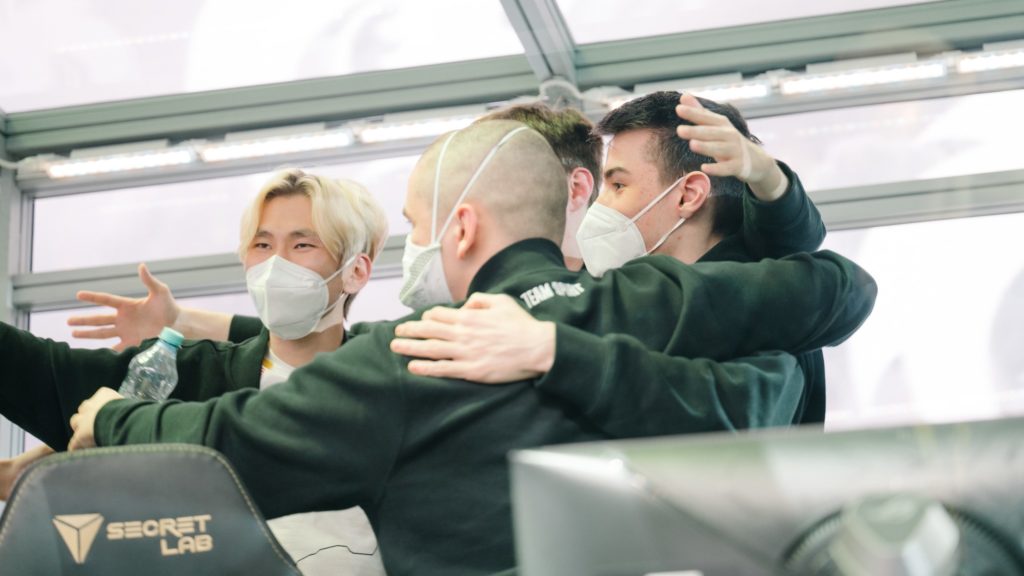 A ragtag team of Russian underdogs did the impossible and won TI 10. It wasnt a fluke, either, or the luck of the draw. After placing fourth in the group stage, Team Spirit blitzed through the competition, beating defending champions OG before sweeping aside Virtus Pro, Invictus Gaming, Team Secret, and PSG.LGD.

At a tournament like Worlds, they’d probably never have made it to the playoffs in the first place, let alone leave with an eye-watering $18 millionone of the biggest prize winnings in esports history.

But what would double elimination look like at Worlds?

If The International is the shining example of how a format should work for an esports tournament of this caliber, the Worlds group stage could feature 18 teams spread across two groups.

Each team would play the other squads in their pool twice to determine the seeding for the main event. The top seeds would pick their opponent for the playoffs from either the third or fourth-place teams in the opposing group. The next four teams from each group would head to the lower bracket and the two last-place squads would be eliminated. 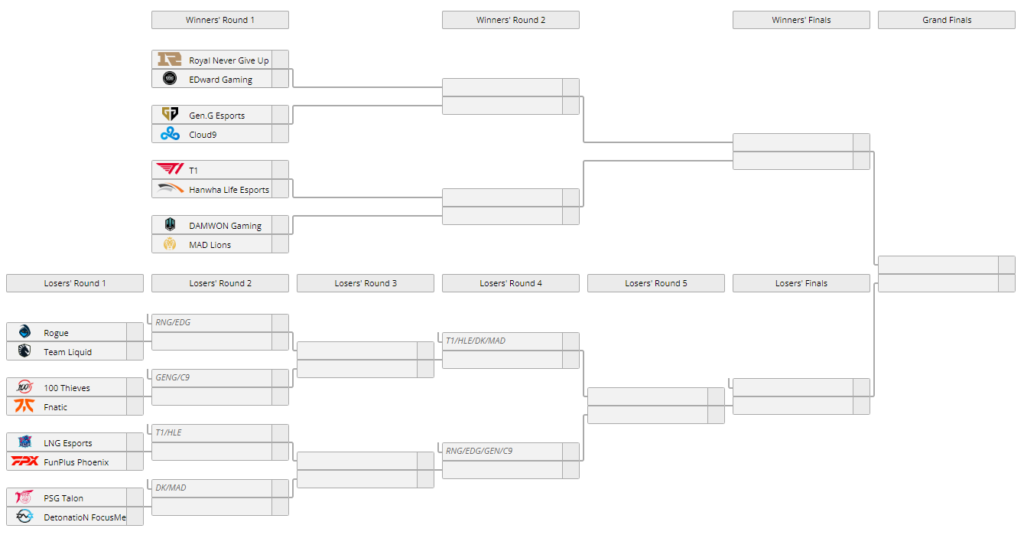 In this scenario, teams like RNG and MAD Lions, who fell short in the knockout stage of Worlds 2021, and Rogue and 100 Thieves, who almost made it that far, would have the chance to redeem themselves. The format would also open up avenues for other matchups, adding another layer to the event.

An alternative to this is a GSL-style format, taking inspiration from Counter-Strike and StarCraft II. This format would feature eight or, more realistically, 16 teams. Each group would consist of four teams and each match would be a best-of-three.

The group stage would act almost like a tournament within a tournament. The winners of the opening two matches of each group would advance to the winners match and the losers would drop down to the losers match. 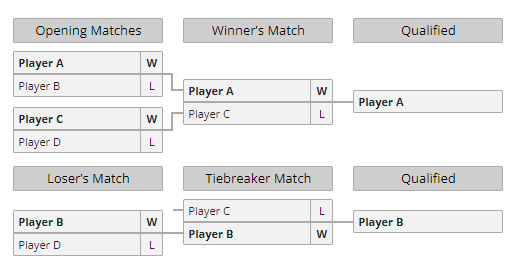 The victor of the winners match would qualify for the playoffs, while the squad that drops the losers match would be eliminated. The two remaining teams would then compete in a tiebreaker to decide who stays and who goes.

This would leave eight teams in the playoffs, which, to save time, could take after Riots already-established knockout stage. This way, the tournament would at least provide a better representation of the best teams in the world.

If time wasnt a factor, the group stage could transition into another double-elimination bracket, similar to TI’s. By the end of it, the winner would have well and truly earned the right to call themselves the champions.

In this format, FunPlus Phoenix, who bombed out of Group A at Worlds 2021, would have been able to play to their strengths and potentially adapt in a best-of-three series. Despite seemingly having a poor read on the meta, they could have made it to the next stage. And Team Liquid, who fell short in Group D after losing a best-of-one tiebreaker to Gen.G, would have been given another chance and could have made it a step further in the tournament.

Neither of these formats are without their flaws (time constraints being the main concern). But they’d surely be a step in the right directionthe direction of a more competitive, balanced, and ultimately fulfilling Worlds.