How will the new-look 100 Thieves stack up against the competition in 2023?

It may be the right mix of veterans and young talents.

On Nov. 8, 100 Thieves introduced its League of Legends roster for the upcoming 2023 season, confirming rumors that had circulated the scene for weeks.

The announcement included the return of legendary AD carry Doublelift, who will reunite with Bjergsen after their last stint together on TSM. The LCS GOATS will be joined by rookie talents Milan Tenacity Oleksij and Alan Busio Cwalina, and the only returning member from the 2022 lineup, jungler Can Closer Çelik.

By looking at the names, 100Ts 2023 roster looks stacked on paper. But is the team as strong as it seems, or is it a results-based bias? Lets break down one of the most hyped teams in the LCS before games return next year.

Of the pairing, Tenacity has been one of the best-performing top laners in the second division, rightfully earning a starting top in the LCS.

The Canadian rookie will be taking the place left by the Korean player Ssumday who was above him in the hierarchy last season. His individual stats were among the best in NA Academy Summer 2022, according to League stats site Games of Legends. Tenacity boasted the highest average of CS per minute (9.6), the second-highest average gold per minute (446), and the third-highest experience differential at 15 minutes (+308). To top it off, he solo killed his enemies 20 times, ranking fourth among all Academy top laners.

Furthermore, hes known for having a flexible champion pool, with 18 different champions played this year. It doesnt matter whether its a tank or a carry; he will pick up a champion if the situation calls. While he might not shine as a top-tier player in the LCS right away compared to long-stay veterans, everyone will be watching to see how he tackles the competition and what kind of improvements he will bring to the table.

Just like Tenacity, Busio has risen as a strong talent in North America. The Polish-American support reached Challenger at the age of 15 in season nine and recently won the Most Valuable Prospect award in NA Academy Summer. Following the steps of his favorite pro player Keria, former Evil Geniuses and current Team Heretics coach Peter Dun praised Busio in an interview with Inven.

I think Busio is even more hyped than Jojo was when he was coming up, Dun said. Busio is probably the most hyped rookie that I’ve seen in the last three years coming into NA.

Of course, the support player is only one of the two members down in the bottom lane, but having someone as experienced as Doublelift should make learning easier. If Busio proves his worth on the LCS stage, this bot lane will have some shining moments.

Aside from the two rookies, 100T will also have Closer as its starting jungler. It looks like 100T has clear intentions of keeping the Turkish jungler for the long run, since he will start his third year on the team.

Since joining the LCS, Closer proved his worth in the jungle talent pool. He has been part of the top three LCS All-Pro Teams in almost every split (second in 2020 Spring, 2021 Summer, 2022 Summer, and third in 2020 Summer and 2022 Spring). While his stats arent as amazing compared to other junglers, his supportive and utility playstyle have made him a great role player within 100T.

The Turkish jungler had the second-lowest KDA and CS per minute during the LCS Championship but was fourth-best in terms of percentage kill participation and second in the average wards per minute. Individually speaking, Closer lacks the same carry potential as the other four, which means hes probably at best a top-five jungler. 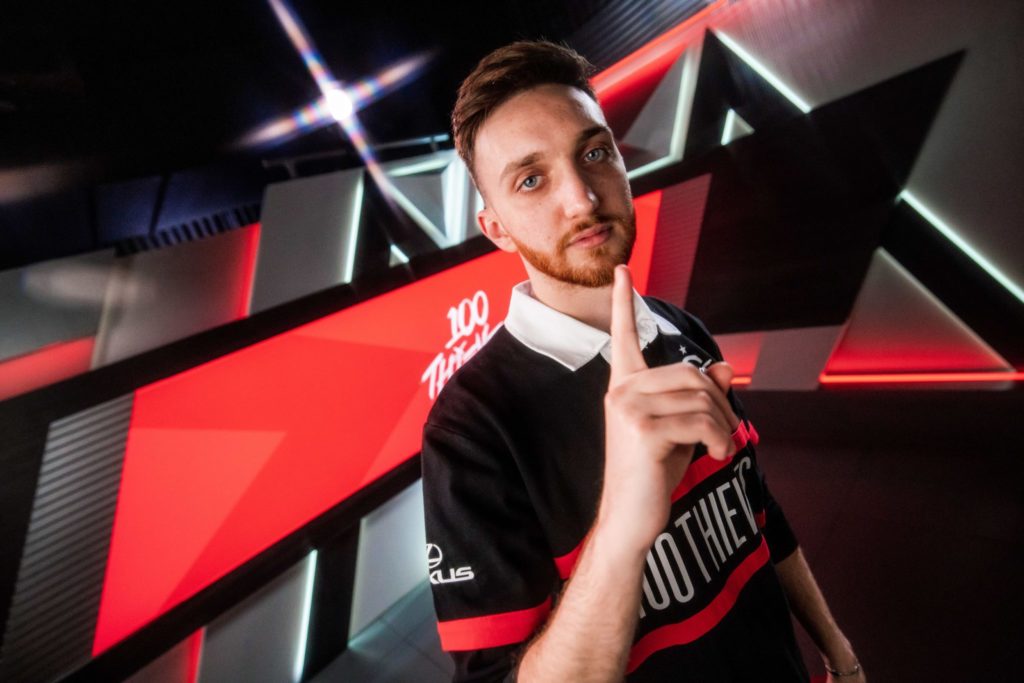 The competition has changed over the last few years, and the 2023 season is looking stacked more than ever before. There are top-tier players like Inspired and Blaber who will be contending for number one in the role. If you also add the likes of Spica (who is set to join FlyQuest) and 2022 world champion Pyosik into the mix, it becomes a devastating fight to be top jungler.

The jungle role is more about macro play and coordinating well with teammates. Given the changes of this preseason, which incentivize ganking over counter-jungling due to the lack of increased damage when clearing the enemy side of the jungle, a player like Closer might be able to have a greater impact on the team.

Did 100 Thieves make the right choice to pick up Doublelift and Bjergsen?

That doesnt mean the two wont deliver. If we overlook the disappointing failure to qualify for Worlds last year, Bjergsen performed well on Liquid. He might not have been the top dog in his role, but he was arguably a top-three player behind FLYs Toucouille and EGs Jojopyun.

Despite having the second-highest KDA and the highest gold differential during the LCS Championship of all mid laners, Bjergsen achieved a much lower damage percentage (24.7 percent) compared to Toucouille (27.3 percent) or Jojopyun (27.2 percent). His average gold per minute (387) was also slightly lower (396 for Toucouille and 390 for Jojopyun).

Its hard to imagine Bjergsen falling below the top four or five mids in the league. But at the same time, its also equally difficult to picture him being the best, especially considering the arrival of new imports like VicLa, Gori, or Diplex. The latter had achieved the highest KDA during the summer split in the LFL, six solo kills, and the third-highest experience differential at 15 minutes.

VicLa, despite being on a mid-pack team like KT Rolster, was third in gold and CS differential at 15 minutes, as well as second in experience differential, proving how good he was on an individual level. Gori, on a similar note, was dominating in the summer split over in the PCS, ranking no.1 in almost every metric.

A similar consideration can be made for Doublelift, even though he doesnt have recent results like Bjergsen. We know he has been playing League consistently, having closed at 361 LP in NAs solo queue in season 12. Now that the team is bootcamping in Korea, Doublelift is already at 334 LP on the Korean solo queue ladder, according to his op.gg.

He is surely hungry to make results, but theres a new generation of talent rising up. ADC players like Prince and Berserker are at the top of their game based on the 2022 season, and a rookie like Yeon might unlock his full potential throughout the year.

We have to praise 100T, though, because the org was smart with its roster moves and covered the worst-case scenario on this occasion.

Even if Doublelift doesnt deliver, 100 Thieves still has a top-tier European talent on the academy team in Unf0rgiven, who played for MAD Lions at Worlds 2022 and is waiting for a chance to compete on the LCS stage. The former LEC player was one of the best-performing ADCs last season, with a share of 28.5 percent of the teams total damage, 5.1 KDA, a 9.5 CS per minute (third highest of all LEC ADCs), and the highest gold differential at 15 minutes.

From a teams perspective, this should guarantee a certain level of results, but it might also put even more pressure on Doublelift because his teammate from the academy is that strong.

Regardless of how Bjergsen and Doublelift will play next season, there are enough elements to do well enough to stay in the upper part of the standings. 100T has put together a roster made of players that are top-five (or higher) across each role.

That said, strong individual players do not directly correlate to success. And for 100Ts lineup, it will be necessary to make an additional step to aim for the championship.

Bringing in two of the most outstanding and most decorated veterans in NA history to the team will help the rookies grow. Additionally, Doublelift and Bjergsen are vocal players who will speak up and not be afraid to make critiques. Closer can act as an example of how talent can be fostered by sharing his own experience, creating together the right environment for the whole team to improve and become top-tier by the end of the season.

Another vital factor for success will be finding a suitable playstyle. All the players have shown a strong level of flexibility, which should make the process faster. Doublelift is likely going to be the carry the team will play around, with Tenacity initially playing on low resources. Tenacity can also play carry-oriented champions, so it will be up to the coaching staff to find the right balance.

Closer is likely going to cover a more supportive role as he has done for the past few years, with Bjergsen playing as a secondary carry on scaling mages. Busio will be the versatile player here, since he can play both roaming and enchanters; he will adjust based on the draft.

100T has a solid roster on its hands and the right balance of youngsters hungry for results and veterans that still want to prove themselves. Nevertheless, there are some doubts that will need some time to solve.

We may have to wait before saying 100T is ready to fight for the LCS title.