The fourth season for the PUBG Mobile Pro League (PMPL) South Asia is here. Twenty teams from across the region will be competing from Sept. 21 to Oct. 17 for a share of the $150,000 prize pool.

The top teams from here will advance to the South Asia Championship. The exact number of teams that will advance hasnt been revealed yet. Besides this, one team with the most points from the third and fourth seasons of the PMPL South Asia will qualify for the PUBG Mobile Global Championship (PMGC) 2021.

Related: Genesis Dogma and DXavier first two teams to qualify for the PMGC 2021

Here’s everything you need to know about the PMPL South Asia season four.

The PMPL South Asia has been divided into two stages: the league stage and the finals.

The top 13 teams from the previous season of the PMPL South Asia have been directly invited, while seven have made it through the National Championships and Club Opens. 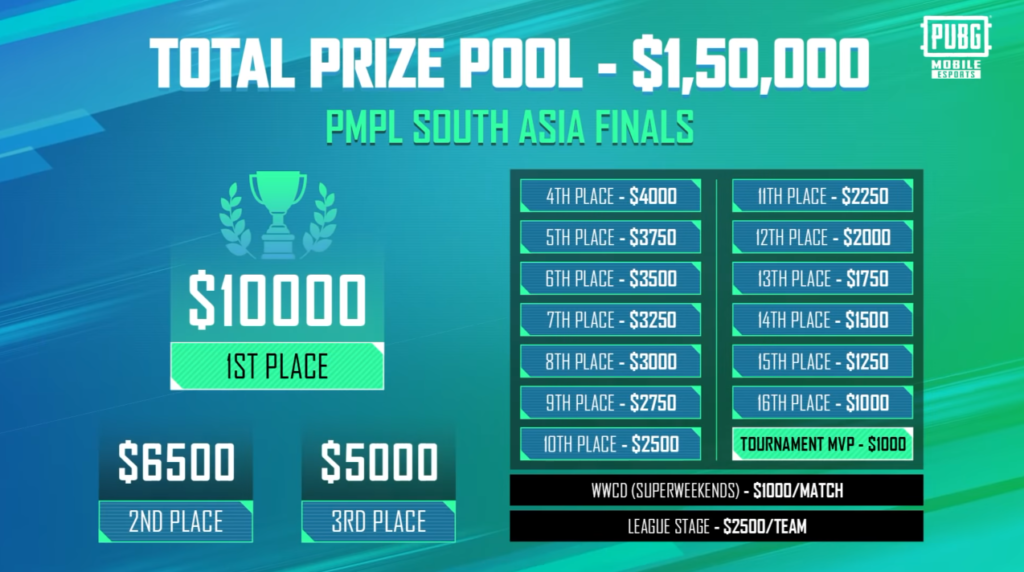 All matches will be livestreamed on the PUBG Mobile Esports YouTube channel in English and Hindi. It will begin at 7:30am CT.

The post How to watch the PMPL South Asia season 4: Format, teams, and stream appeared first on Dot Esports.

Latest comments
No comments yet
Why not be the first to comment?
Featured news
Mobile9 hours ago

How to get different colored Pikmin in Pikmin Bloom

How many steps does it take to unlock new Pikmin in Pikmin Bloom?

Pokémon UNITE ranked season one will end on Nov. 7