How to unlock the UGR in Call of Duty: Warzone and Black Ops Cold War

Surprise, Black Ops Cold War fans. A new submachine gun was just added to 2020’s Call of Duty, and it’s available to use in Warzone, too.

The UGR is a full-auto SMG that is also an “underwater rifle modified for improved land performance” that “fires 5.66mm steel darts with moderate bullet velocity,” according to its in-game description. The gun has a unique design to it, with a very funky-looking magazine.

The gun was added as part of a Black Ops Cold War update that also added fan-favorite Black Ops 1 map Jungle to the game. Treyarch continues to support the 2020 CoD with periodic updates even after its year in release cycle has come to an end.

Here’s how to grab the UGR now to begin leveling it in Warzone or Black Ops Cold War. 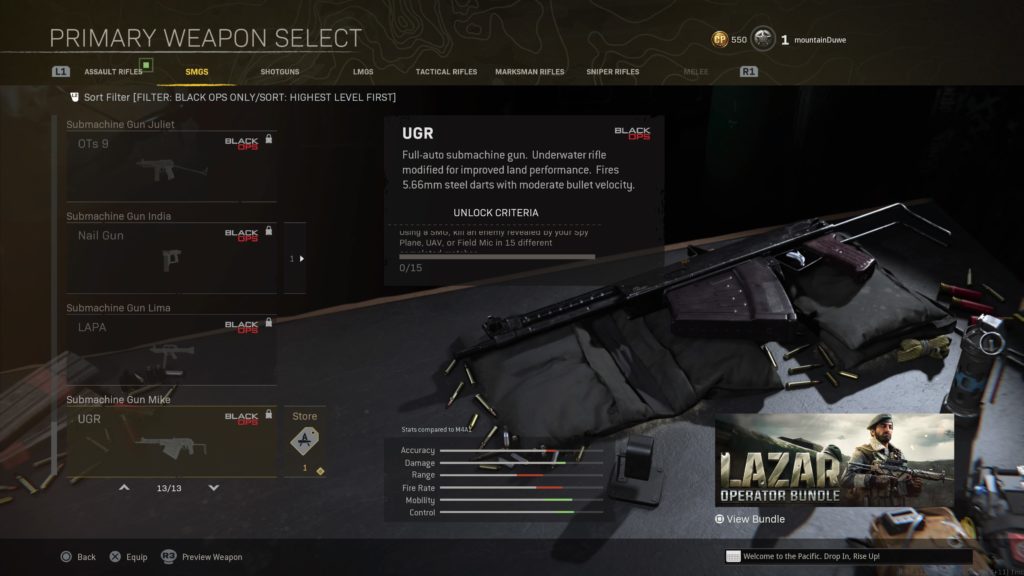 The UGR is unlocked with a challenge. Here’s what you need to do:

Throw on a loadout with a Spy Plane or UAV and Field Mic in Warzone games or multiplayer matches in Black Ops Cold War along with your favorite submachine gun and get ready to put in work.

The matches must be completed, sadly, so you can’t grab a quick UAV kill and then queue up for another match. You must finish 15 matches to completion to unlock the weapon so that you can begin leveling it up. 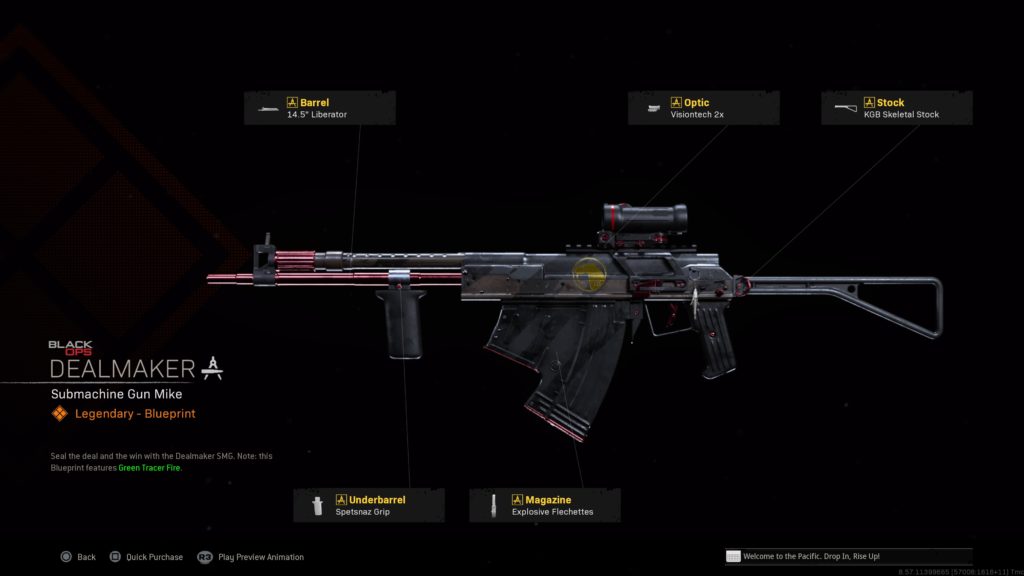 The UGR is also unlocked via the Lazar Operator Bundle in the CoD Store. For 2,400 CoD Points, you can unlock the Dealmaker blueprint for the UGR, along with a new operator, an assault rifle blueprint, finishing move, watch, charm, calling card, emblem, reticle, and gesture.