While this many seem like a straightforward looting quest, many players have had difficulty getting started and locating the elusive Lost Banana. The questgiver, located in the Apex Canopy in the Ohn’ahran Plains, only requires players to excavate Dragon Bones off the cliff; however, those who want to go above and beyond can find the Lost Banana.

If you’re stuck either trying to get up the cliff or find the Lost Banana, look no further. Here’s everything you need to know about Brightblade’s Bones in World of Warcraft Dragonflight.

How to get the Lost Banana in WoW Dragonflight

Brightblade’s Bones asks players to take the nearby climbing gear and traverse up the side of a cliff. The climbing materials can be found on the back of a close-by wagon, highlighted in yellow.

After donning the gear, sections of rocks will also become highlighted, indicating that players can climb to the area just by right clicking. The dragon bones necessary to complete the quest can be found protruding out of the cliff. Nestled by the waterfall with an orange highlight is a banana that will complete the optional portion of the quest. 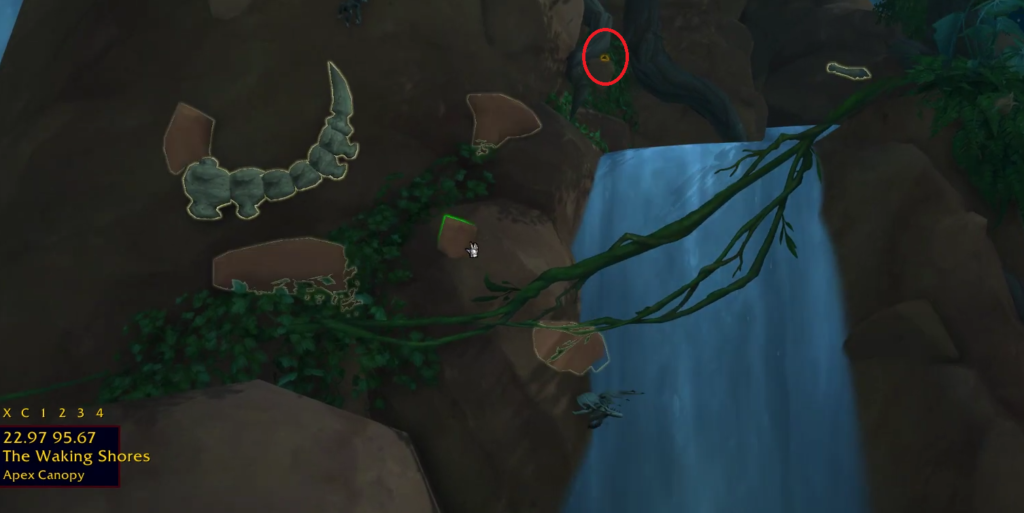 Once the quest’s main requirement is complete, players can return to the bottom to accept their reward. Players will receive only a minimal reward for completing this quest, gaining 9,050 experience and 200 reputation with the Dragonscale Expedition. Similar quests involving rock climbing will soon become available for repeatable World Quests.

Latest comments
No comments yet
Why not be the first to comment?
Featured news
World Of Warcrafta day ago

How to get Happy Pet Snacks in WoW Dragonflight