Stretch your wicked claws toward the stars.

In Destiny 2, you wouldn’t typically think of the Titan subclass as being extremely airborne or maneuverable. But there’s a piece of Exotic armor that can turn any Titan into an efficient aerial terror: the Lion Rampant piece of Exotic leg armor.

The primary Exotic perk for Lion Rampant is its Jump Jets. The Jump Jets perk provides additional aerial maneuverability and enables accurate hipfire while you’re in the air during Lift. It also greatly benefits the airborne effectiveness stat of all weapons while hipfiring. According to Light.gg, it increases the lift duration to four seconds, no matter which Titan lift you have equipped. 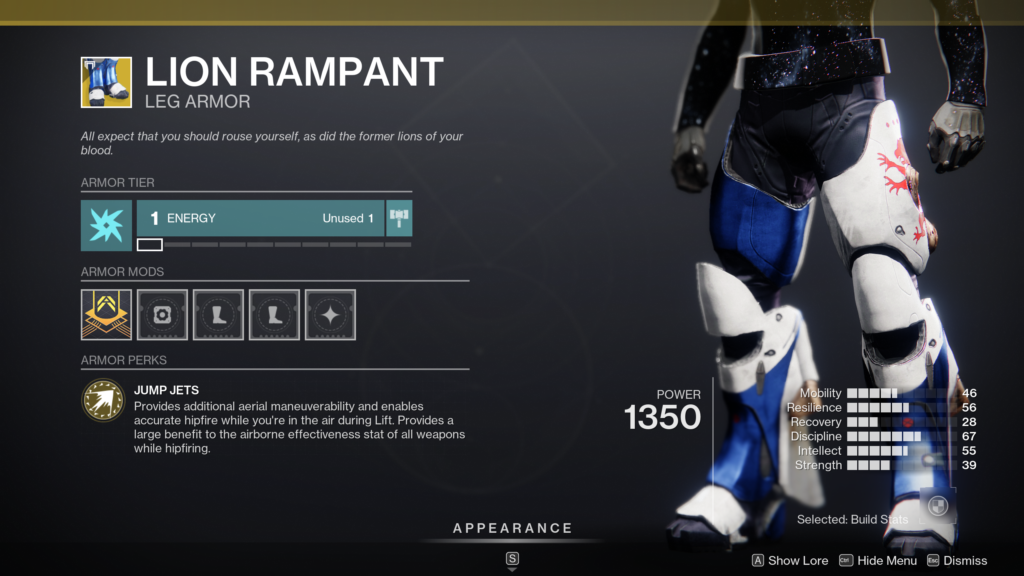 Where can I get the Lion Rampant Exotic Titan leg armor piece in Destiny 2?

Looking to take to the skies? Here’s how you can get Lion Rampant for yourself.

Lion Rampant is obtainable from Exotic Engrams and extremely rare Exotic world drops. To get a chance at Lion Rampant, you must actively play your Titan character when you acquire an Exotic Engram, as they instantly open as soon as they enter your inventory.

The most accessible sources of Exotic Engrams are the season pass and Xûr. The season pass typically features several Exotic Engrams in the premium reward path. You’ll have a chance at Lion Rampant if you collect one from the pass while your Titan is equipped. Each weekend, you can also visit Xûr (if you can find him), who offers Exotic Engrams and Exotic armor pieces.

Another method of acquiring Exotic armor pieces like Lion Rampant involves completing solo Lost Sectors, but there’s a catch. Players only have a small chance of dropping an Exotic piece of equipment, and the slot that piece equips changes each day.