Get your priorities in order.

One of the recurring features in the Overwatch 2 PvP beta from the original game is the ability to acquire and use Priority Passes when queueing for certain roles.

Role queue was introduced to Overwatch officially in July 2019, giving players a specific choice of which role they wanted to play in matches between Tank, Support, and DPS. This system was deemed a necessity after the switch to a locked 2-2-2 format for the three roles.

A Priority Pass decreases the queue time for the specific role you select, but can only be used on roles that are currently experiencing higher player traffic. Groups of players can also get faster group queue times if they all use a Pass.

Here’s all you need to know about how to get and use Priority Passes in the Overwatch 2 PvP beta. 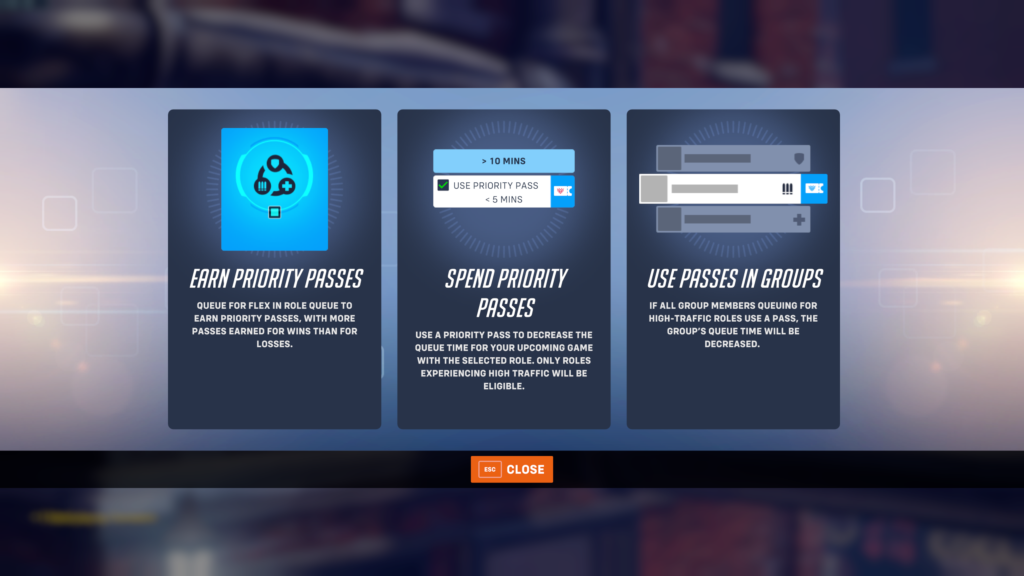 Additionally, long-time Overwatch players that have stockpiled their Priority Passes will see those passes carry over to the OW2 beta, and can be used immediately.

Priority Passes can only be used when there’s an overwhelming amount of player traffic. When that time comes, you can select the popular role and an option to use a Priority Pass will appear below the role. Click to activate the Priority Pass before hitting Ready.

Latest comments
No comments yet
Why not be the first to comment?
Featured news