How to customize your character in Nintendo Switch Sports

Play as your Mii or use your new gear.

Nintendo Switch Sports, released on April 29, 2022, takes players back to the style of the popular Wii Sports series. Fans of the original game will find six sports available, including classics like tennis and bowling, as well as updated graphics and online compatibility.

Switch Sports also includes several customization options, such as outfits, sports accessories, and gear. You can even choose to play with your Mii instead of using the games customizable characters, called Sportsmates. Most of those will be locked behind customization points, which you can earn by playing online matches.

If you decide to customize your character with any of the possibilities above, you will need to access the games customization options. Here is what you need to do.

How to customize your character in Nintendo Switch Sports

First, launch Nintendo Switch Sports and open the main sports menu. In the bottom right corner, you will find three icons. Click the one on the left with the hanger symbol, called Customize. 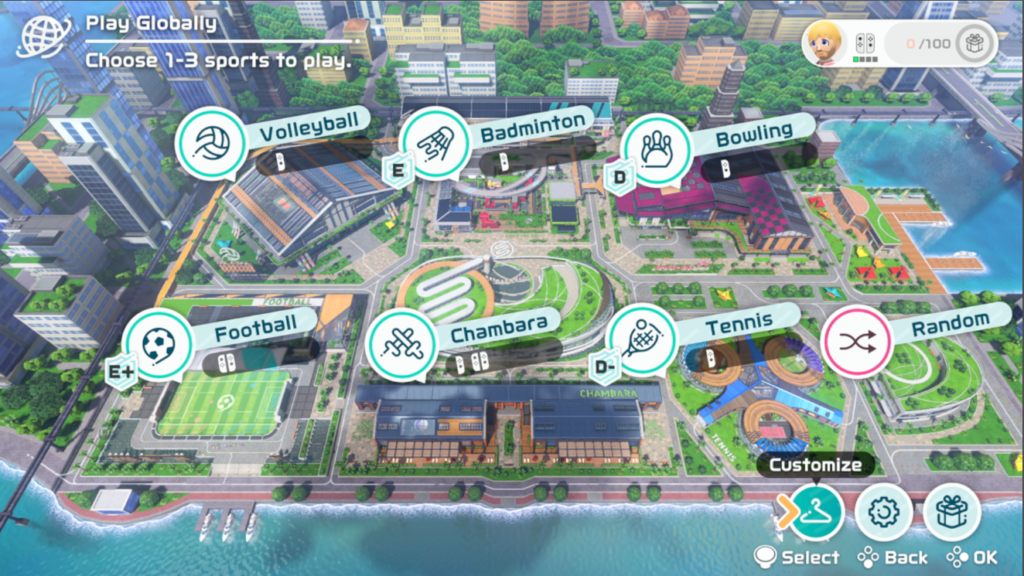 Doing so will open the customization menu, which looks like this: 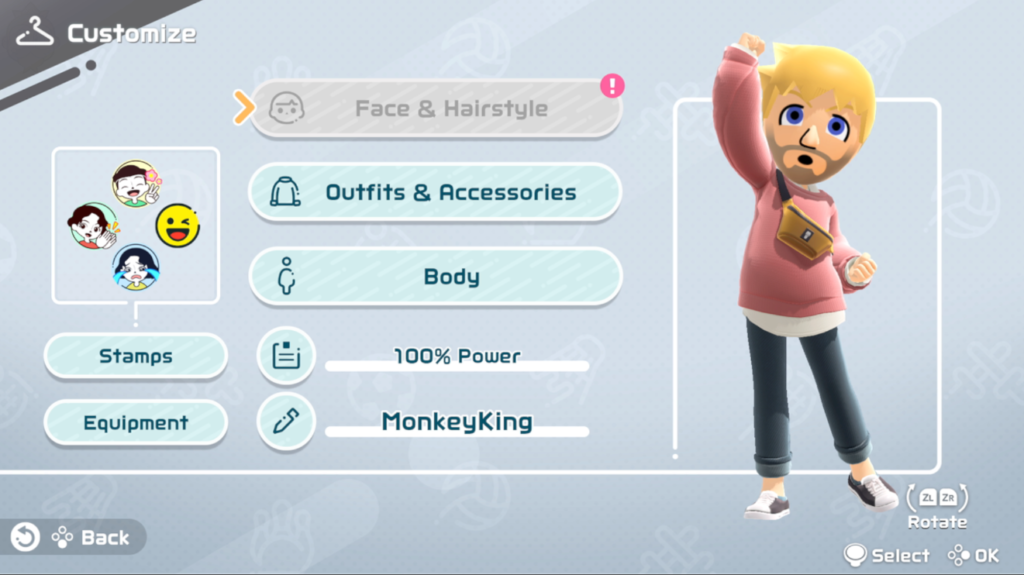 Depending on which profile you pick when you open this menu, you can customize your character there. You can also choose to use Miis instead of Sportsmates, select stamps, and change your gear.

When youre done and feel like there are no more changes to make, you can press the right-side button on the D-pad to apply changes and return to the Switch Sports main menu.