How to complete Shattered Realm: Forest of Echoes in Destiny 2

Shattered Realm’s maze-like missions send players through the dark depths of the Ascendant Plane, pitting them against a small army of enemies (and a boss) to make it out with a rescued Techeun. If you don’t get sidetracked, that is.

Shattered Realm has a series of hidden secrets for players to explore if they meet the requirements, including upgrades in the Wayward Compass in the H.E.L.M. and a keen eye for the hidden pathways and concealed nooks and crannies. Here’s how to complete Shattered Realm: Forest of Echoes in Destiny 2.

Step One: Align the Beacons

The first part of Shattered Realm has players align Awoken beacons to progress, and it’s easier said than done. Players will come out of the portal into an EDZ-like part of the Ascendant Plane, complete with the gargantuan church and even a crypt somewhere.

From the spawn, look for the beacon shooting up into the sky. It will be inside the church, so drop down into the platforms below and head towards it, taking care of the Taken in the way.

The Taken Flames signal areas that will slow you down if you don’t have the Safe Passage upgrade, so keep that in mind when your movement speed drops to a crawl. Take notice of the small crypt towards the right: you should revisit it after activating the first beacon if you have the Barrier Breach upgrade.

Step Two: Align the other Beacons

After triggering the first beacon, you’ll get a notification that the Ley Lines ignited ancient magic. This is your cue to check out the crypt, a large, ruined passageway, and the small cave nearby if you have Barrier Breach. Head out from the church through the way you came from, then find the crypt. Head inside, take down the Taken and grab the chest (which drops seasonal loot) and go back. There’s a cave further up, which also houses some enemies and loot if you can get through the barrier. 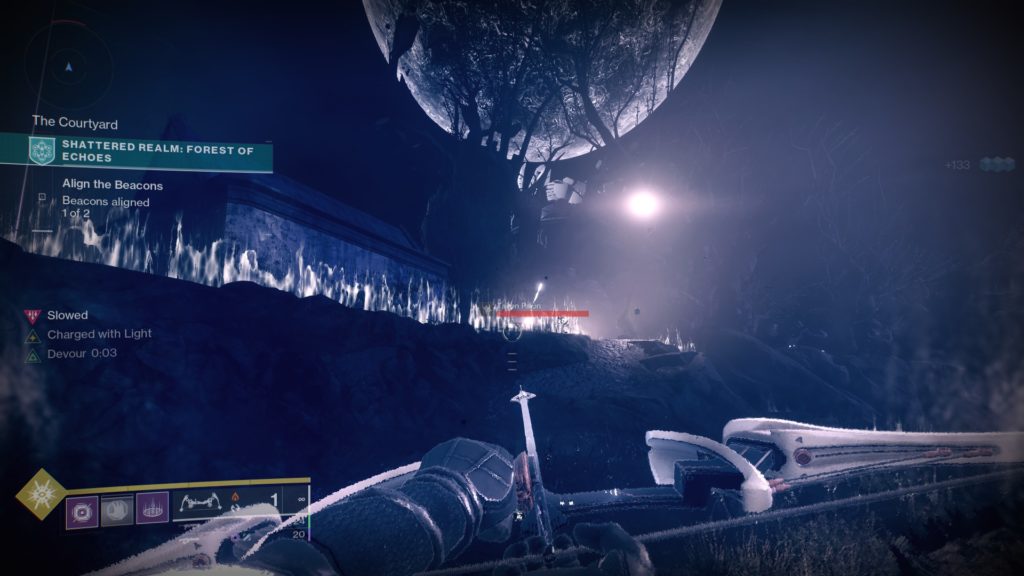 If you don’t have Barrier Breach, follow the path to the crypt and continue going further up ahead. Look to your left when you see another large derelict building and head towards it, making your way through the small platforms. You’ll know you’re on the right path when you get communications. 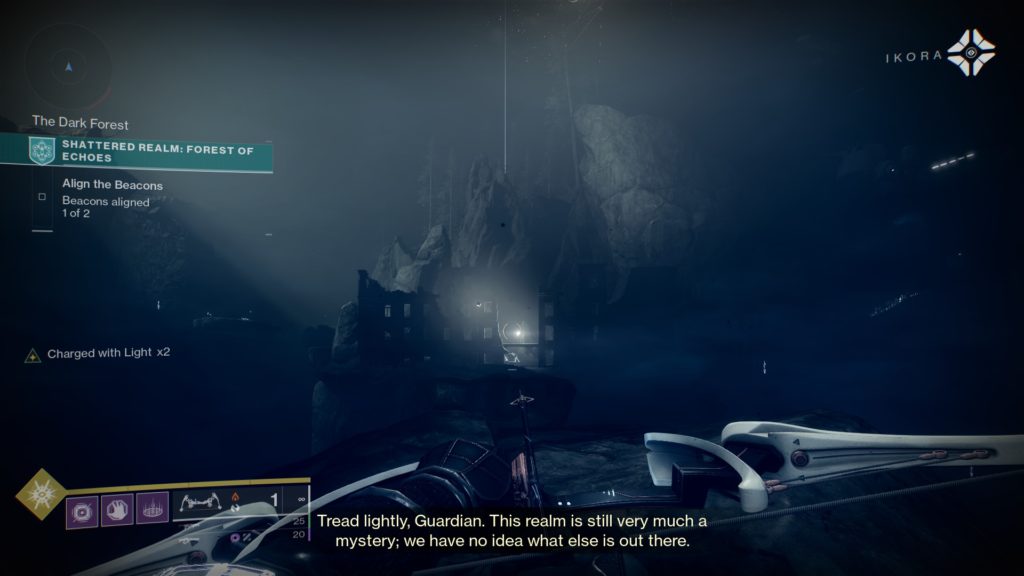 Fight the Taken on your way and head past the platforms to another clearing with the second beacon. Activating it will trigger another few waves of enemies and an Overload champion, but it should be fairly easy to make short work of them as long as you don’t get overwhelmed. Witherhoard, Anarchy, grenades, or anything with crowd control can help.

You’re almost out of the woods (literally). If you don’t have Barrier Breach, make your way to the platforms on the left, where you’ll see a portal in the distance. It’s the glowing spot on the screenshot below, slightly above and to the right of the crosshairs. Head inside and get ready for the final fight. 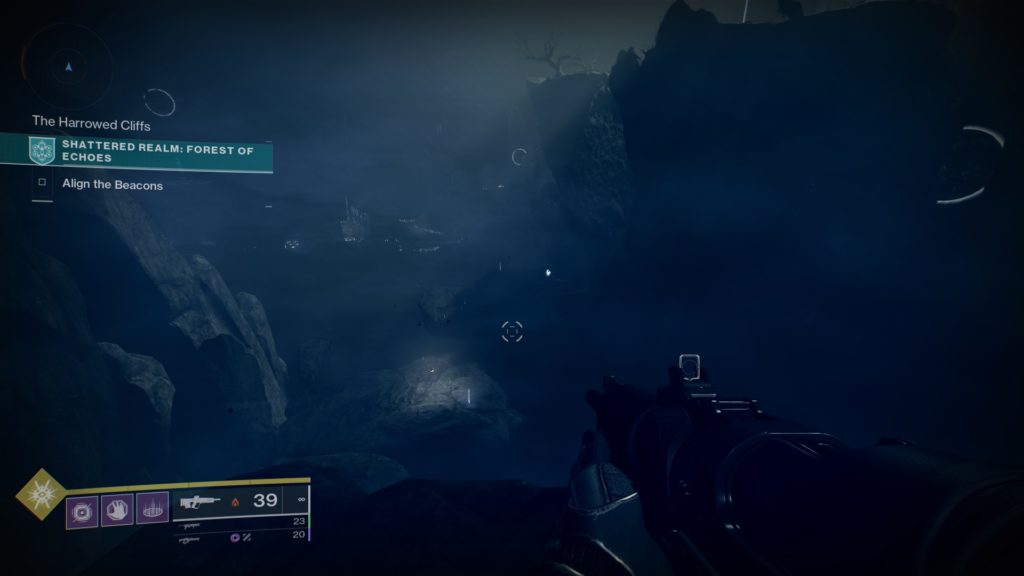 If you have Barrier Breach, jump on top of a nearby ledge to the right of the beacon and look across the chasm to see three Taken. Kill them, then drop to where they are for another secretand another chest. Use Barrier Breach to cross the barriers, grab the chest, then go back.

The boss fight in itself is fairly simple. Make sure you have weapons capable of dishing out good damage, such as Rocket Launchers, Linear Fusion Rifles, or your Exotic of choice. Supers also help.

The boss will spawn with a series of Taken adds that can freeze you. After taking the minor enemies down, focus fire on the boss until her health drops to a certain threshold, when she’ll move to another platform. Repeat the process, killing the adds to enable damage and hitting the boss hard.

The final phase is more of the same, with a handful of enemies parked on her side. If you think you’ve killed them all but the boss phase hasn’t started, odds are there’s a Taken hiding somewhere (usually behind her). Finish the boss and rescue the Techeun to clear Shattered Realm: Forest of Echoes.

The post How to complete Shattered Realm: Forest of Echoes in Destiny 2 appeared first on Dot Esports.

Latest comments
No comments yet
Why not be the first to comment?
Featured news
Destiny 211 hours ago

What is the Ascendant Challenge this week in Destiny 2?

Read more
Destiny 2a day ago