The 2023 League of Legends season has started with two big announcements: changes to both the MSI and Worlds formats with expanded teams attending and a Swiss stage replacing the group stage. This has given some fans the changes they have asked for, such as double elimination and the importance of each and every match. For 2023, all games on the international stage will have significance for each team competing, with a greater emphasis on the growth of minor regions and the development of talent throughout the year.

With the new format for MSI 2023, if the minimum number of games are played, it can go as low as 65 games. The minimum number of games for MSI 2023 is higher than the minor regions played games in the play-ins for Worlds 2022. The format for MSIs stages is not in the same traditional groups of past years, where each team will fight the major regions highest seeds at least once.

With two stages and double-elimination brackets for both MSI and Worlds, Riot has created a wider ecosystem for the minor regions to get their international experience and potentially play the same number of games as the major regions.

MSI 2023 allows for the minor regions to shine

MSI in the past two years has featured 11 international teams, notably featuring the top seed from each of the major regions, including the LCS, LEC, LCK, and LPL. With the 2023 changes, 13 teams will now participate, featuring the top two teams from each major region. The regional split winners advance directly to the playoffs, while both of the LCKs seeds are directly seeded in as a reward for the region winning Worlds 2022.

The skill gap between the top teams of major regions and minor regions has always been paramount in past years, but now, the minor regions get to truly test each other without expecting a blowout from a major region finalist. ORDER from the LCO drew the unluckiest group of three at MSI 2022 with the LECs G2 Esports and LCS Evil Geniuses, exiting the event winless at a 0-8 record. Even if a minor region team is again seeded in the first round against a major region team, it will be against the second seed of the LCS/LEC/LPL, lowering the bar to entry for what could be the first appearance for a new rising minor region team.

With the matches featuring best-of-three series instead of isolated best-of-ones, all teams will gain more experience on an international playing field and in higher-stakes settings. The top three teams who advance to the playoffs truly earn their right to challenge the top regional seeds, and even if they drop all their games, a fresh double-elimination bracket allows for more time to strategize, adjust, and learn from their contemporaries past matches and in between games on stage. The possibility of comebacks from early losses and adjustments from slow tournament starts allows for greater rises to glory, without sacrificing the importance of each match in the tournament. 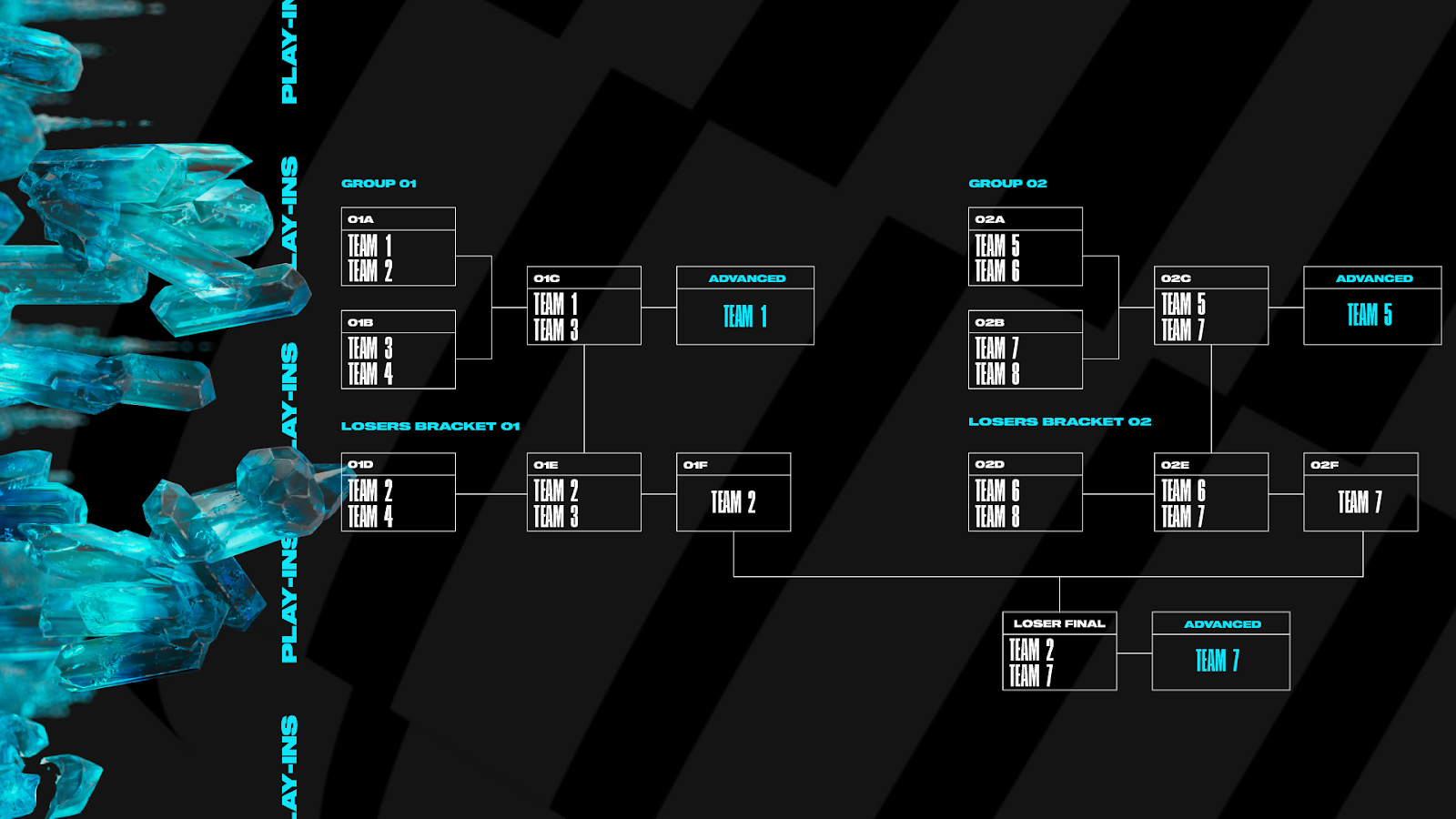 With each series being best-of-three or best-of-five, MSI 2023 could set the new record for games played at an MSI, with the current record being 81 from MSI 2021. If the tournament goes to the maximum number of games played, there can be as low as 65 games to 115 total games played. Coupled with a double-elimination bracket, all regions truly have a chance to shine against opponents at their relative strength and caliber.

MSI has always been crucial for fostering international growth, especially for the minor regions. And with the new adjustments better accommodating for longer series without the power disparage of past years, MSI 2023 stands to create stories from all sides of the world and both sides of the bracket.

The changes to Worlds 2023 include directly seeding all major region seeds with the exception of the winner of the LCS/LEC Worlds Qualifying Series. With 14 teams pre-seeded into the Swiss stage, two spots are left for the winners of the play-ins.

In 2022, five teams from the major regions entered the play-ins and all four play-in spots were successfully claimed by them on their way to the group stage. Worlds 2021 featured three teams from the major regions, and all three again made it out, with the only minor region team, DetonatioN FocusMe of the LJL, claiming the top seed of Group B. The play-ins of past years have always felt diluted in terms of competitive value since the skill gap was still very readily apparent, with 2021 being a landmark achievement for a minor region team to finish first in the play-in groups, directly advancing to the second stage of Worlds.

Fans and viewers alike previously lamented the past play-in groups, with many citing first place as written off to the fourth seed of the major region in their pool. But with only one team from the major regions competing in the first stage of Worlds 2023, it guarantees at least one minor region to advance alongside a promoted level of competition in the minor regions, built from the experiences gained at MSI.

Almost all of the matches of the play-ins will be minor region squads battling for their path to the Swiss stage, allowing for a healthier comparison of regional strength and skill. Although a play-in team can still exit the lower bracket with a 0-6 record in 2023, at most there can only be one series with a major region team: the fourth seed of the LEC/LCS from the WQS. 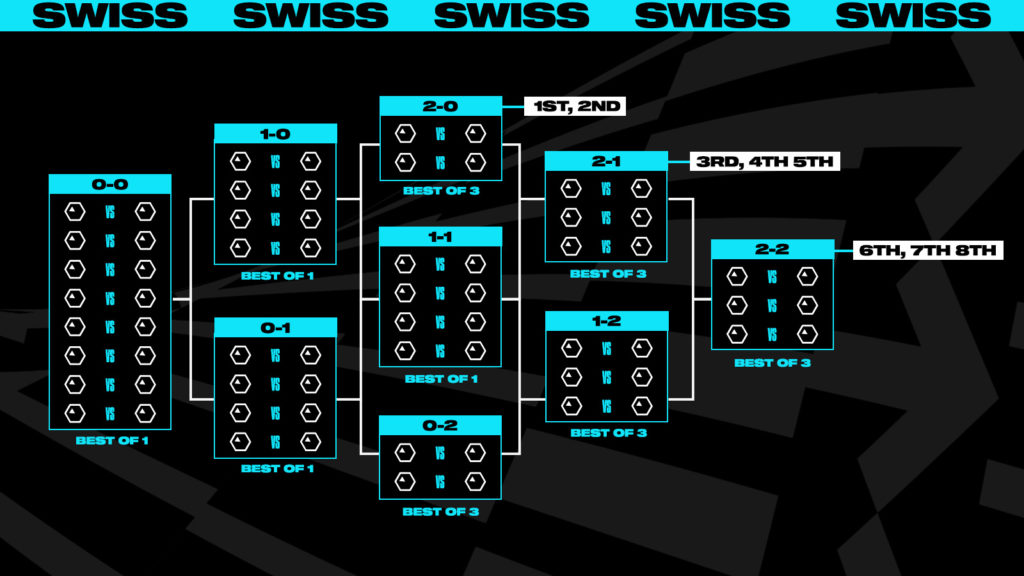 The Swiss stage allows for sweeping changes to two major criticisms with the previously-used group stage: the group of life/death and inconsequential matches. No more are the days of group draws and getting lucky since teams will only be seeded by different regions in their opening matches. With the deciding rounds being best-of-three for a teams third win or loss, there are no more games that dont influence who enters the knockouts and who is eliminated from the tournament. All games will always matter, forcing each team to play at their peak no matter what day of the tournament it is.

Crucially, the knockouts remain the same as previous years: all single-elimination best-of-five series. No advantages are gained from the Swiss stage based on performance, leaving the top eight on an even playing field for the title of 2023 world champion. While the play-ins and Swiss allow for losses via double elimination and record totals, there is no room for error in the most intense series of the tournament. There is no lower bracket run, no second chance, no coming back from defeat, just one chance to claim the Summoners Cup and all the glory that comes with it.