How much money does Ibai make on Twitch?

It's a lot for just subscriptions, advertisements, and bits.

Spanish streamer Ibai Llanos is one of the most successful content creators on Twitch.

He broadcasts a variety of games like Minecraft, League of Legends, and FIFA, plus some real-life soccer matches, his favorite sport. The Spaniard made waves months ago when he beat every media outlet in the world and secured an interview with Lionel Messi, his first after leaving Barcelona for Paris Saint-Germain. The content was broadcast on Ibai’s Twitch channel and peaked at over 500,000 concurrent viewers.

A data breach earlier this month revealed purported gross earnings for channels on Twitch over the past 26 monthsand Ibai appears in the top 20. The Spanish streamer earned $2,314,485 from August 2019 to October 2021, according to the leak. This payout includes money from Twitch subscriptions, advertisements, and bits. It doesnt include donations, merchandising deals, or sponsorships. 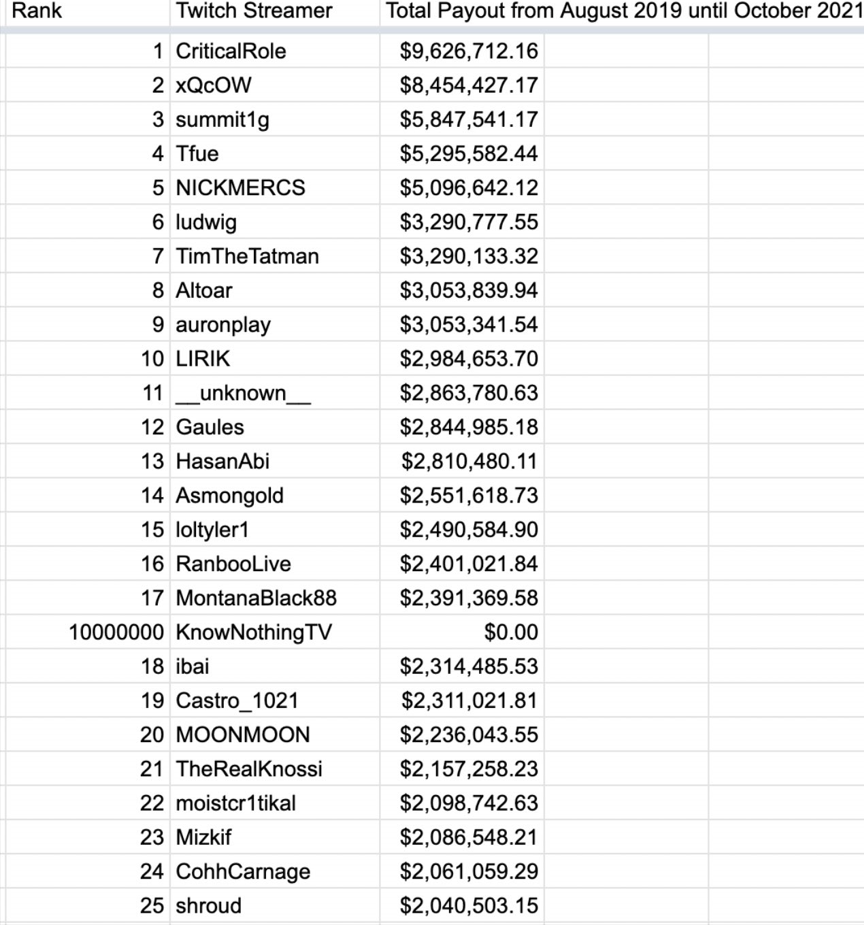 Some streamers have said these numbers were accurate, like Gaules, for example, while other personalities such as Asmongold denied it. Ibai, on the other hand, kept his thoughts a secret on social media. Instead, he joked about the leak, saying that feels bad that his Twitch password isn’t “GokuNaturoCristianoRonaldo” anymore.

Although we can’t confirm the exact figures Ibai made in the past 26 months, it’s obvious that the Spanish star has broken into the mainstream and likely will see his audience grow exponentially. He’s getting more involved in esports as well, having recently acquired a League of Legends Superliga spot for 300,000 euros alongside Barcelona center-back Gerard Piqué.

The post How much money does Ibai make on Twitch? appeared first on Dot Esports.

Latest comments
No comments yet
Why not be the first to comment?
Featured news
Streaming8 hours ago