The road to Worlds starts here.

After eight weeks of play and 90 regular season matches, the LCK Summer Split has finally wrapped up, and the playoff bracket is set. Six teams will compete in the summer playoffs, with the winner directly qualifying for this years League of Legends World Championship as Koreas number one seed.

LCK fans wont have to wait long between the end of the regular season and the playoffs, as the postseason will begin just three days after the Summer Split wraps up. On Aug. 17, the first round of the playoffs will begin, and teams will start to play best-of-five matches to determine who moves on and who goes home.

Here are all the matchups for this years LCK summer playoffs, which will begin later this week. 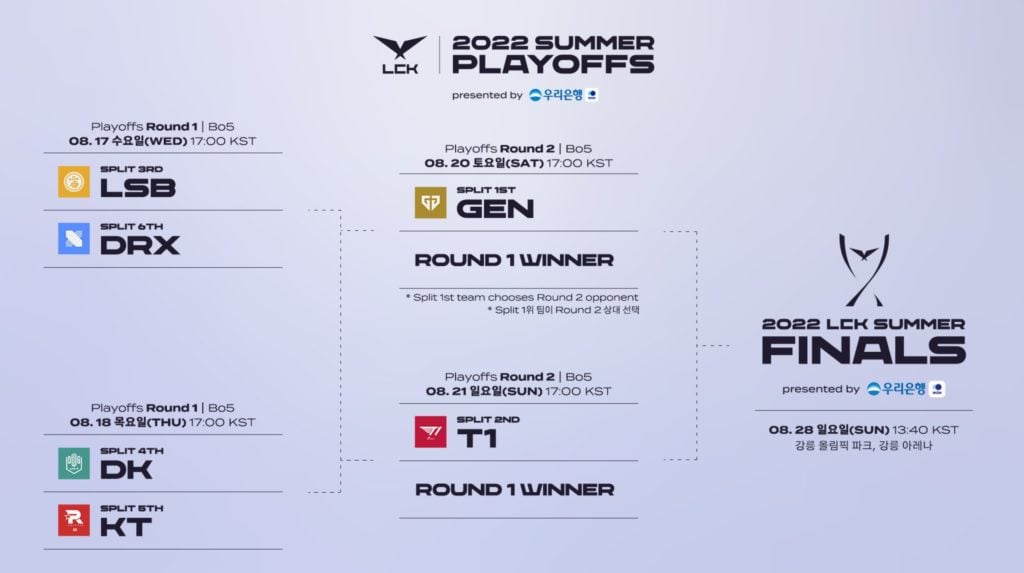 Liiv SANDBOX will face off against DRX in the opening match of the playoffs, while DWG KIA and KT Rolster will follow them up 24 hours later.

The semifinals will conclude on Aug. 21, with the grand finals occurring one week later between the last two remaining teams.