Here are all the new skins coming in League Patch 12.9

Celebrate the Old West and EDG's Worlds run in style.

If you’ve been looking for another League of Legends skin to add to your growing collection, then you’ll be happy to know that there are plenty of new cosmetics hitting the store in Patch 12.9.

For those who are fans of Western classics, Riot Games is making a return to the High Noon gothic universe. Katarina, Leona, Mordekaiser, Talon, and Varus are the newest members of the skin line, jumping into a world dominated by dust, demons, and gunslingers of all kinds. Whether you want to play as the Lady of House Solari, a dead angel looking for revenge, or the Mechanical Devil himself, there are many parts to play in the upcoming Rail Heist.

Additionally, it was revealed earlier today that Samira, Sion, Tahm Kench, Twitch, and Viktor will be joining the universe in the near future. This was hinted at in Leona’s special interactions with those specific champions. Tahm Kench could be seen in the background of Leona’s splash art, where he sports a scaly, crocodile-like appearance with a classic cowboy hat and flames behind his toothy smile.

Fans of League esports, on the other hand, will be happy to know that EDward Gaming’s 2021 World Championship skin line is finally dropping in Patch 12.9 as well. The commemorative cosmetic set features five beautiful skins for the champions of the players’ choosing, which includes Aphelios, Yuumi, Graves, Zoe, and Viego.

Dressed to the nines in monochromatic outfits, the five champs are seen with special recall animations and spells that feature the EDG logo, along with different references to the winning team. During Viego’s recall animation, for example, players can see the different games won and lost during their triumphant victory against DWG KIA in the finals.

Patch 12.9 is heading to League’s live servers on Wednesday, May 11, but all of these skins are set to release a day later on Thursday, May 12. Here are the skins coming in Patch 12.9. 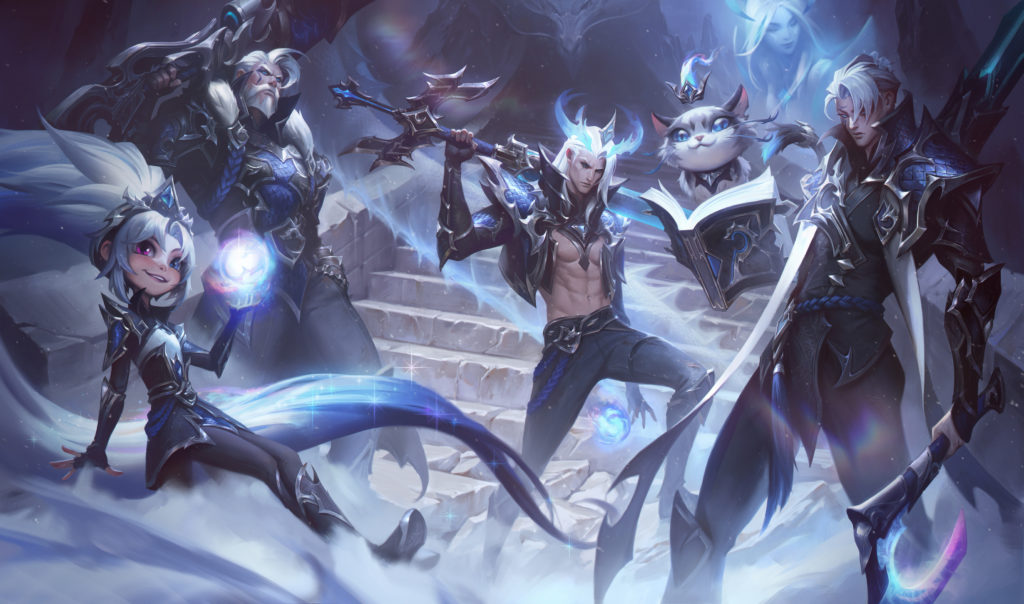 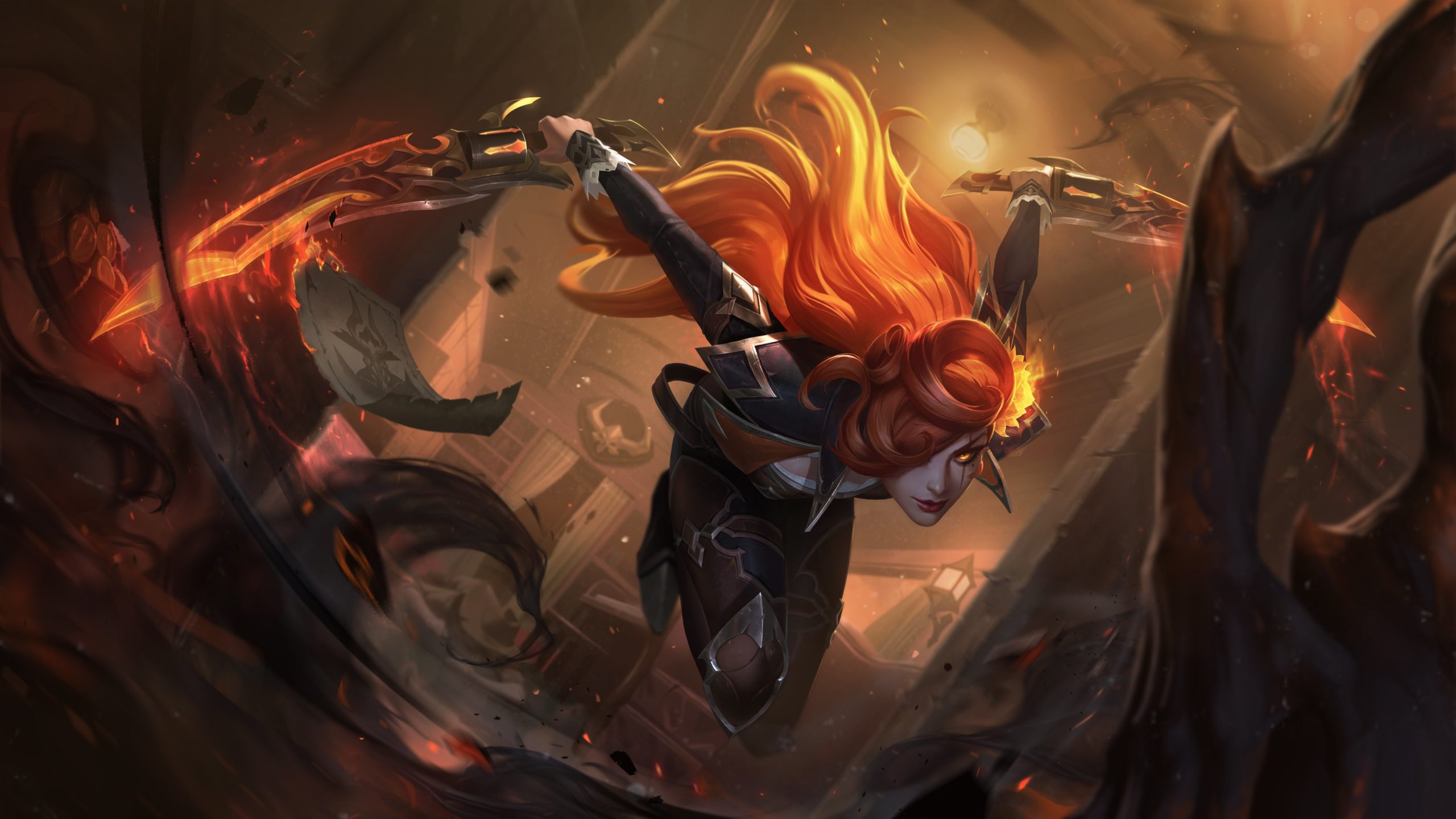 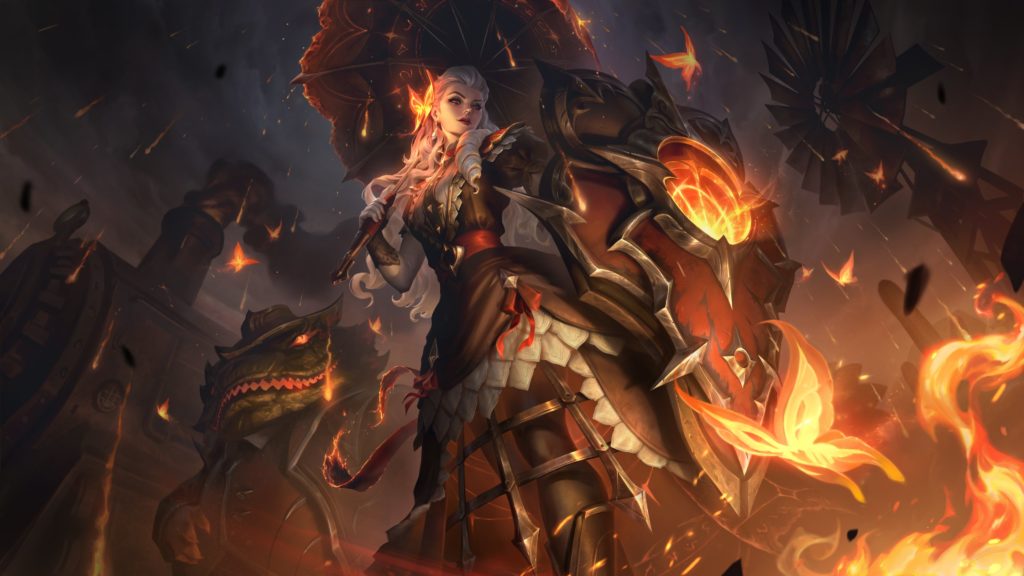 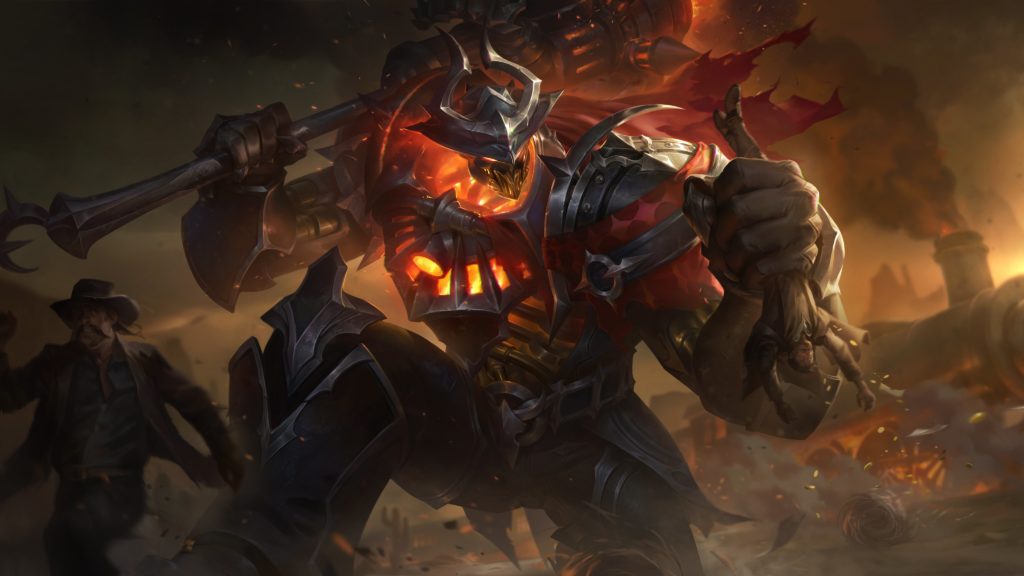 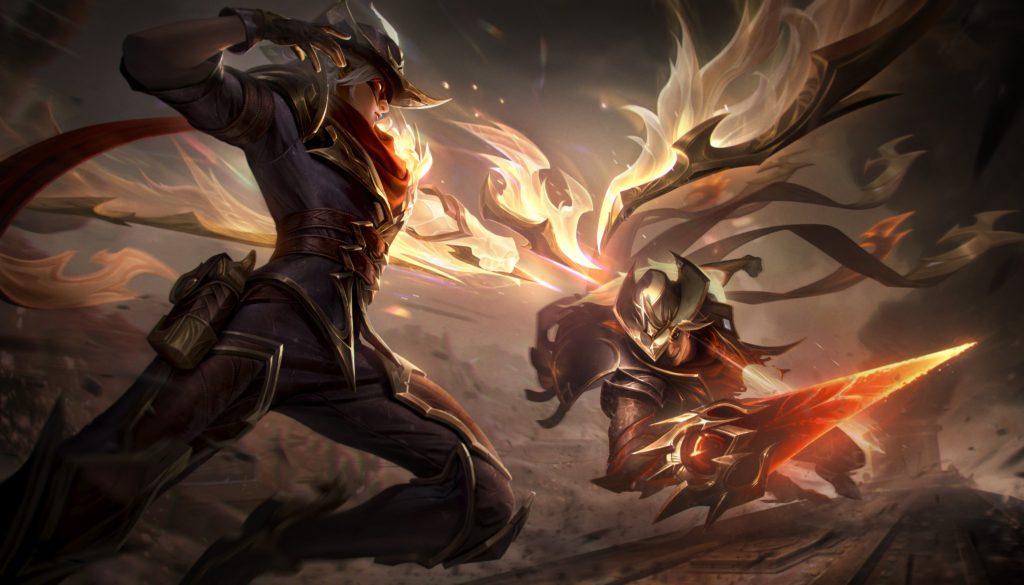 Image via Riot Games
Latest comments
No comments yet
Why not be the first to comment?
Featured news
League of Legends12 hours ago