Get into gear with an all-new League of Legends battle pass event.

The 2022 League of Legends Steel Valkyries event has hit full gear and brings with it a new battle pass, a long list of new free and paid missions, and a batch of new token rewards for players to unlock. The event also introduces the new Prestige Edition Cyber Halo Janna skin.

Meanwhile, players will have until Oct. 3 at 3pm CT to redeem their rewards.

Beyond the traditional event pass, there is also a larger bundle players can purchase. The Steel Valkyries 2022 Pass Bundle includes everything in the event pass listed above, along with the new Cyber Halo Janna skin, her player icon, and the matching loading screen border. As a bonus, players who don’t already own Janna will receive the champion.

Keep in mind this bundle only includes the basic Cyber Halo Janna skin. To unlock the Prestige Edition version of the skin, you will need to redeem 2,000 event tokens. Check out the missions below for advice on how to best farm tokens. 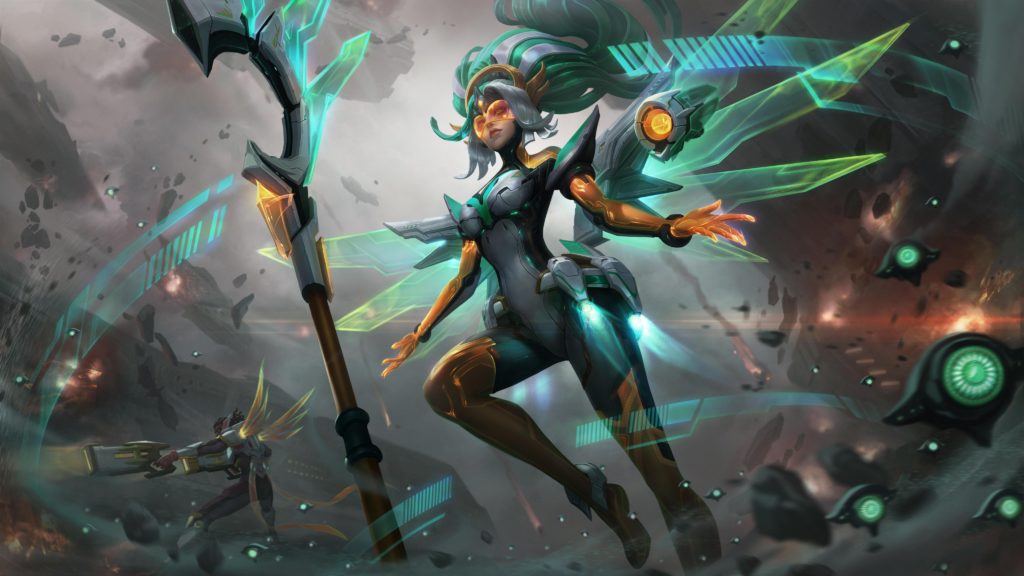 Should I buy the Steel Valkyries pass or bundle?

Players who don’t have any interest in the Janna skin and those who are on a budget will find the 1,650 RP event pass more than adequate. As we mentioned above, the event pass is the best value purchase in the game and offers players 14 bonus missions, a repeatable token farming quest, and access to many more rewards than the free-to-play missions offer.

But for Janna mains and skin collectors, the 2,650 RP pass bundle also provides solid value. For just 1,000 more RP than the base pass, players receive a skin that costs 1,350 RP in the store, as well as the matching skin and loading screen border, which normally cost 250 tokens to unlock in the event shop.

If you’re on the fence about whether to purchase the pass or the bundle, you can nab the pass first and simply pay the 1,000 RP difference later if you decide you want the skin bundle. There is no price increase if you choose to take this route.

Pass owners who are looking to farm up enough event tokens to unlock the Prestige Cyber Halo Janna skin will need to rely on the Infinite Token mission to supplement their token gains from other mission lines like the free-to-play missions and the Weekly Win missions.

The Infinite Token mission rewards players for simply playing the game. Every game played, win or lose, grants objective points toward this mission. And for every 200 objective points acquired, players will receive 10 Steel Valkyries event tokens.

The objective point rates are as follows:

While players will collect points for every game played, it definitely pays better to win.

When it comes to Teamfight Tactics, a win is considered a top-four finish, while placing between fifth and eighth constitutes a loss.

The Co-op vs. AI queue can be useful for cramming Milestones (listed below) and free-to-play missions near the end of the event but is otherwise an inferior source of token farming for its deeply nerfed point rate.

Some of the most valuable rewards handed out in any League battle pass event are found in the Milestone missions list. This remains true in the Steel Valkyries event.

Milestone missions are completed in a similar fashion to the Infinite Token mission we detailed above. This means each mission requires a certain number of objective points, earned by playing games, to be completed.

The full list of Steel Valkyries Milestone missions is as follows:

The biggest chunk of event tokens players can unlock at one time in the Steel Valkyries 2022 event is found within the Weekly Win missions. These are four missions that unlock each week during the event (and stay unlocked through the end of the event), giving a large lump sum of tokens for accumulating 1,000 objective points.

You have until Sept. 27 to complete all of your milestones and weekly missions.