Are you ready for a season of highrolls?

Blizzard Entertainment combined today’s announcement of the upcoming Hearthstone set with the release of a new patch. Were getting more than just the preorders, though.

Here’s everything included in patch 23.6.

A large batch of new cards and a new hero have been added to Battlegrounds along with the return of Darkmoon Prizes. Some of the reveals were previously teased during the Lobby Legends broadcasts, and now we have a full list.

Lady Vashj, the new Battlegrounds hero, is a Naga that comes with a one-gold Hero Power called Relics of the Deep. Discover a Spellcraft spell of your Tier or lower, the ability reads. She enters the fray as an Armor Tier One character.

A couple of Hero Powers were also buffed:

Many new minions were added to the pool. The number of each Tier One minions was lowered to 15 from 16 to compensate for this.

Shifter Zerus and Iron Sensei are back in the pool. Meanwhile, Acolyte of CThun, Menagerie Mug, Unstable Ghoul, Budding Greenthumb, Screwjank Clunker, Prestors Pyrospawn, Defender of Argus, and Mechano-Egg are out.

Darkmoon Prizes are back, and some of them have been updated, with two new ones added as well:

Taverns of Time is back in Arenawith a couple of changes

The Arena-exclusive Taverns of Time cards have returned to the Arena, promising bonkers gameplay and nasty highrolls for everyone in the family. Murozond, the Dragon that set your turn timer to 15 seconds for the rest of the game but gave you two extra draws, is now gone, but everything else is back, albeit some with changed statlines. 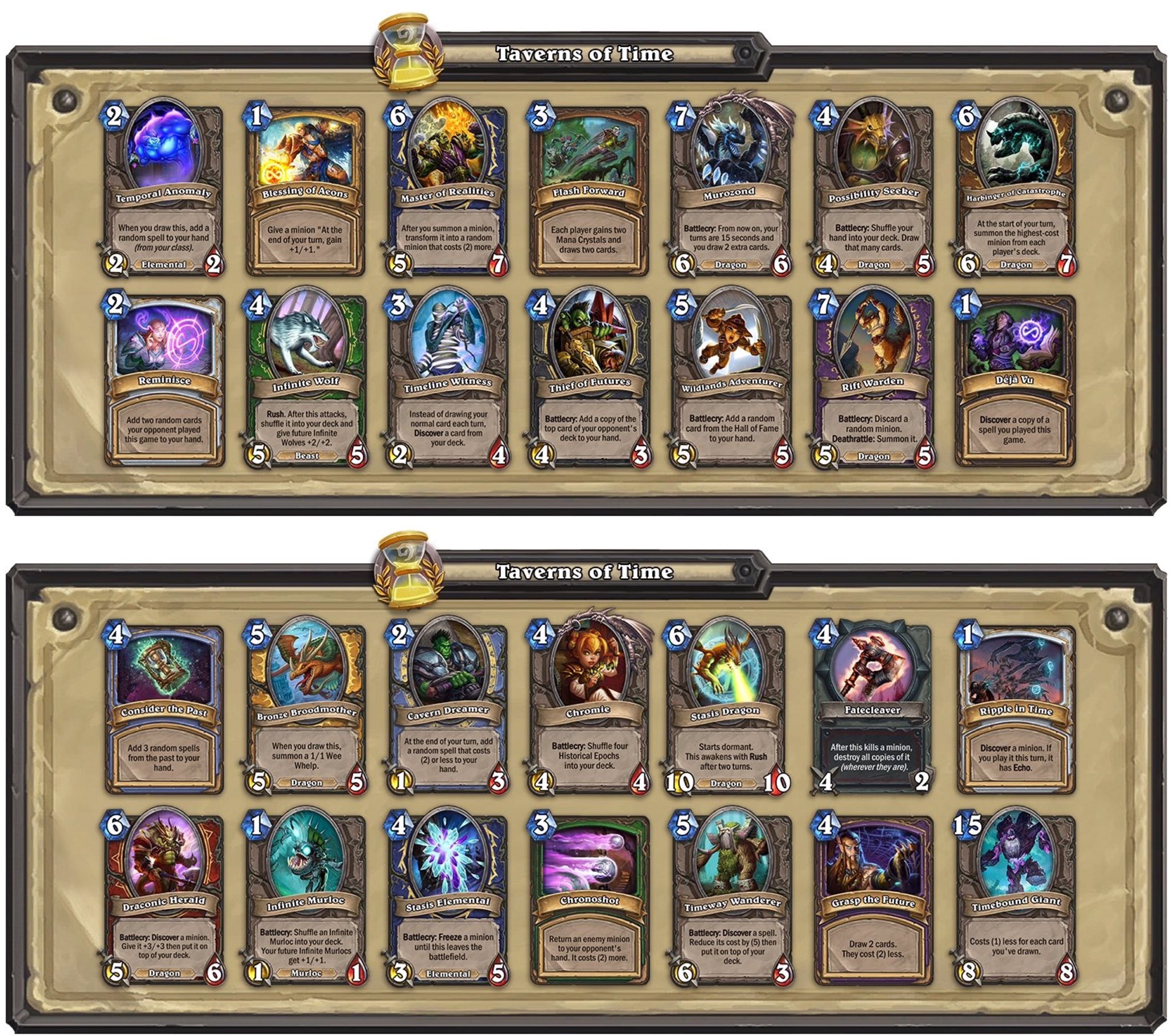 You can find all added cards above, and the list of changes made below:

The launch of patch 23.6 marks the beginning of a new Arena season. There is no confirmation about how long the new season will last. No other sets were brought in, which means that with this change, cards from the following sets are draftable in this new rotation:

Mercenaries also gets a minor update in the 23.6 patch

Three free special portraits have been added for Tyrande Whisperwind, Millhouse Manastorm, and Xyrella for those who have already completed the tutorial by the time of the patchs launch.

A new limited-time event is also live, revolving around Yogg-Saron, with two new event tasks and 10 in total. Completing them will unlock Yogg-Saron, a Legendary Caster Mercenary with 10/80 maxed stats and the following abilities and equipment:

Though the patch contained no update about the excess coins that have plagued the game mode since its launch, the devs had the following to say about the situation:

“Later this year, well be adding a system that will let you exchange some of your excess coins for random coins for a Merc you own but havent yet Maxed. … It has taken us a little longer than wed hoped to implement these systems, but we wanted to let you know we have a clear plan on our goals for these projects, we are actively working on them, and they are coming. We consider this to be our highest priority in Mercenaries development; we just need some more time to make sure its done correctly.”

You can read the full patch notes here.

Latest comments
No comments yet
Why not be the first to comment?
Featured news
Hearthstone2 days ago