A shock twist following the team's success at Kansas City.

Spartan has had a tumultuous week in the Halo Infinite competitive scene. Following a poor launch to the game’s second season, his colorful choice of words on social media for Halo developer 343 Industries netted him a $3250 fine for professional misconduct. Now, only a few days later and with Split Two of the HCS Pro Series on the horizon, Spartan has put himself on eUnited’s bench for the foreseeable future.

His decision, however, isn’t because of the fine. Instead, Spartan believes the team have been imploding since before HCS Anaheim, and now that he wants to pursue other options, he claims eUnited intends to hold him until the end of his contract. Despite the significantly reduced pay, Spartan has opted to bench himself rather than continue to play for the roster.

Benching myself on eUnited

The team’s supposed fallout seems odd at a surface level, given eUnited’s impressive second-place finish at the first Halo Infinite Major in Raleigh last December. But Spartan said days before the roster lock for Anaheim, he discovered RyaNoob and eUnited’s management were attempting to replace KingNick with the then free agent FormaL. This was supposedly being looked into without any consultation with Spartan, who felt especially betrayed since he saw KingNick as his duo on the team.

“I lost full. I couldn’t believe such a big change was being done without my knowledge and without my permission. I was baffled. I basically told everyone involved that they were all unbelievable,” he said in the statement. “Ever since then the entire dynamic of the team has taken a hit. We have little to no faith in each other, trust is out the window, our chemistry downhill, our team play, everything.”

While eUnited’s placings in major tournaments continue to be impressive, often punching above their weight in the eyes of many, Spartan notes how they are slowly getting worse every tournament. Following their fourth-place finish at Kansas City last month, Spartan said he’s had offers from multiple teams and that one team he would like to pursue is even willing to buy him out of his contract, but claims eUnited intend to hold him until it ends regardless.

“Now it would be one thing if I was just trying to up and leave the team because I wanted to leave and that was the only reason,” he explains. “It’s not. I cannot continue to carry on and perform under such egregious circumstances. How do you expect me to perform with turmoil and the team imploding?”

Rather than continuing to play under the circumstances, Spartan has opted to sit out the rest of his eUnited contract on the bench. With the contract’s lengthy runtime, this would mean the star slayer for the roster would miss out on both the Orlando Major and the World Championship finals at the end of the year. “I am sad that this is what it has come to. Truly. I believed we could have taken it to the top, but in the end people’s words and actions caused an implosion,” he said. “My pay is significantly reduced to an unlivable wage. But you know what, I stand firm in what I believe in. I will not be strong-armed into playing.” 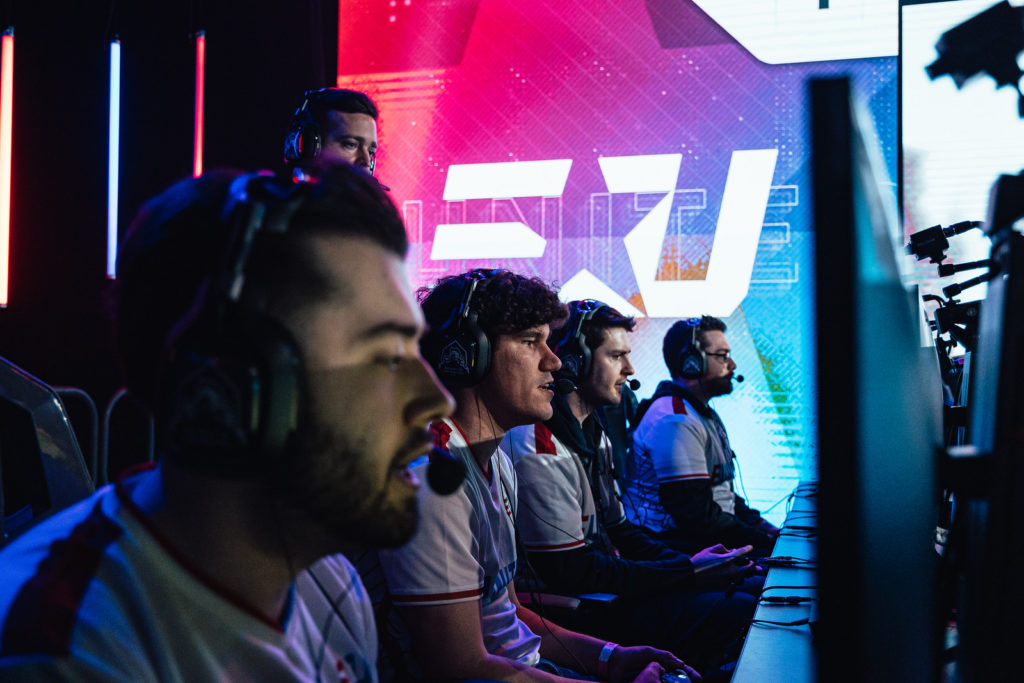 RyaNoob’s attempted team changes behind closed doors more than likely reignites bad blood that he and Spartan had left at the door when they chose to team together in Halo Infinite. The two’s animosity toward each other was notorious in Halo 5: Guardians. While much of the on-screen banter back and forth was played up for the drama, the underlying rivalry was real. When both players were signed to the eUnited roster, it was seen as a burying of the hatchet and the team’s results showed how potent their combined talents could be when they were on the same page. But it’s clear from Spartan’s statements he sees the actions of RyaNoob in tandem with eUnited management as a line crossed once again.

“Ryan, you are beyond intelligent and I have learned a ton from you. However you need to learn to stop shooting yourself in the foot and sabotaging teams,” he said in the announcement. “You have done this on countless teams you have been on and it’s worked out the same every single time. I truly hope you have learned.”

What eUnited plans to do now, missing one of its star players, is still unclear. The organization is yet to post a statement or response to Spartan’s claims. The player making all of this behind-the-scenes drama public on social media most likely won’t be without consequence, but Spartan may have also seen it as an opportunity to get free of the contract. The bad PR for eUnited management might force their hand, but from a business standpoint, Spartan is too valuable an asset to lose and it makes sense that they’d want to keep him after the success the roster has had. Spartan’s teammates on the roster are also yet to comment.

Latest comments
No comments yet
Why not be the first to comment?
Featured news
Halo5 days ago