Christmas has come a bit earlier than Street Fighter fans may have been expecting, with an early leak showing that SF6 may have a locked-in release dateand one that slightly differs from early predictions.

According to a pre-order listing found on the PlayStation Store, SF6 is set to launch on Tuesday, June 6, and will feature three different editions that players can grab.

Prior to this, all we knew about the games release was a general 2023 window, with many fans speculating it would fall into a March or April release to coincide with that listingseeing as Capcom is known to release titles in that timeframe and it would be close to the end of 2022s fiscal year.

However, this date makes plenty of sense for the devs, as it gives some of Capcoms other titles launching in the Springsuch as the Resident Evil 4 remakeadditional room to breathe and loads the Summer up with another huge release. 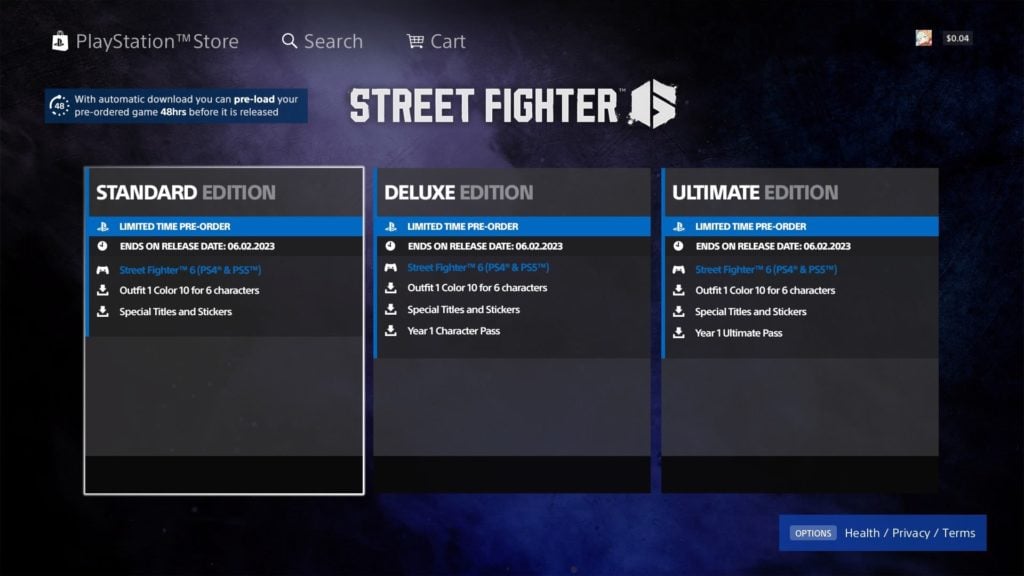 This also lines up with speculation made by the wider fighting game community (FGC) as Street Fighter V is still going to be a main title at Evo Japan from March 31 to April 2. That alone was enough to make fans pause, as not featuring the newest SF title at one of Japans biggest tournaments would be a strange marketing call from Capcom.

A June 2 release date means the only big FGC events that SF6 will realistically be missing are Evo Japan, Combo Breaker, and a few others but it will hit the streets ahead of others like CEO and Evo 2023 in the Summer.

It also gives Capcom time to iron plans out for the Capcom Pro Tours first steps into SF6 and share more information about the game at several events leading up to the release.

It also means we will likely see the first DLC shown off at E3 and Summer Game Fest 2023 not long after launch.

Unfortunately for Capcom, if this is true and was supposed to be a big announcement shown at The Game Awards on Thursday, Dec. 8 it was spoiled early. Yet another example of big titles from the Japanese publisher somehow finding a way to have info leaked before a showcase. And don’t forget there is a second Closed Beta Test happening in just a few weeks too.