Groups A, B shape as ‘groups of death’ after Riot reveals groups for 2022 World Championship

Prepare for the biggest tournament in League of Legends.

For League of Legends fans, it’s almost time to buckle up and prepare for one of the grandest tournaments in esports. The 2022 World Championship is right around the corner, where 24 of the best teams from around the globe will try to etch their names into the annals of history.

Every League region has its representatives, and now, we know exactly where they will be making their stand during the main event at Worlds this year. 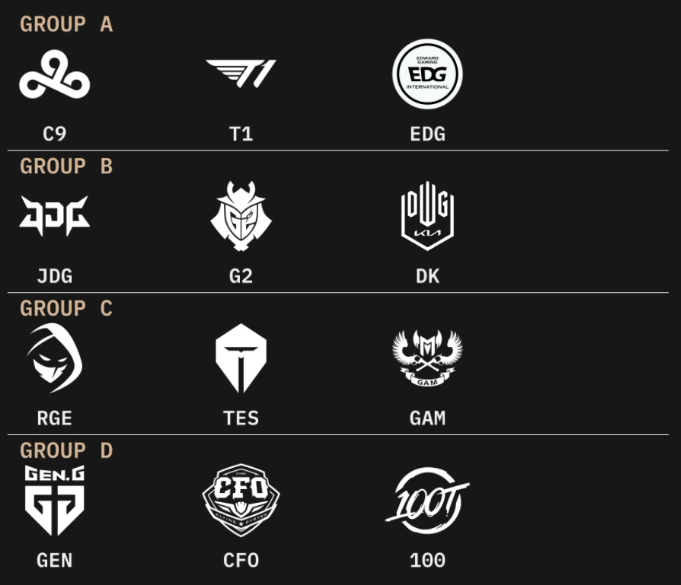 First, Group A was decided with the LCS’ Cloud9, the LCK’s T1, and the LPL’s Edward Gaming, and initial reactions from the League community are claiming this group to be the “Group of Death”.

But, Group B piled on and challenged for that title with a plethora of top teams, including the LPL’s Jindong Gaming, G2 Esports, and DAMWON KIA. Group C was loaded with Rogue, TOP Esports, and GAM Esports, and last but not least, Group D features Gen.G, the PCS’ CTBC Flying Oyster, and 100 Thieves

The Play-Ins, on the other hand, have Fnatic and Evil Geniuses leading Group A with Beyond Gaming, Detonation FocusMe, LOUD, and Chiefs Esports Club, while Group B has three powerhouses in DRX, Royal Never Give Up, and MAD Lions, along with Saigon Buffalo, Istanbul Wildcats, and Isurus Gaming.

Only four teams from this stage will get a chance to shine on the main stage. 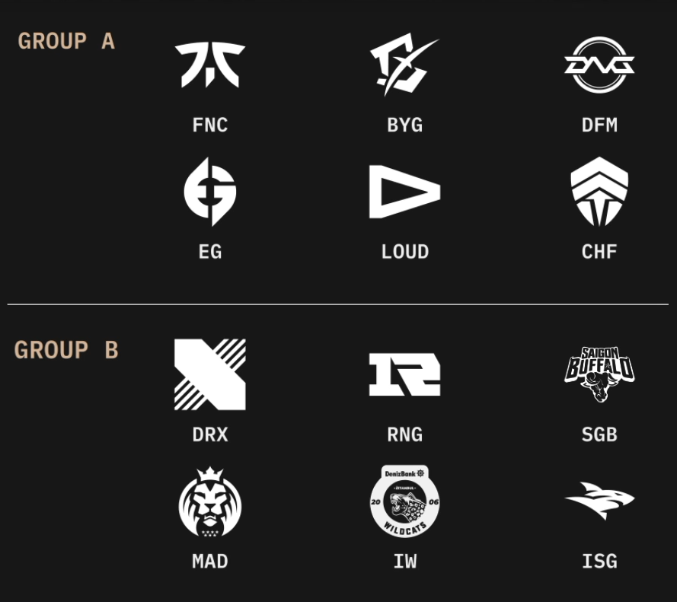 Whether you’re a fan of Europe’s fiery pack of champions, North America’s youth movement, Korea’s powerhouses, or the unpredictable firepower of China, there are plenty of different stories and rosters to cheer for when the event begins.

Plenty of underdogs are headed to the tournament, as well as a whole gamut of passionate minor region teams that will bring their own flair to the Summoner’s Rift that should keep the action flowing from start to finish.

Tune into the biggest event on the League of Legends esports calendar when the 2022 World Championship gets started in Mexico on Thursday, Sept. 29.