Ready to make your syringes a whole lot cuter?

Stickers are exactly what they sound like: small images and pieces of art that can be used to decorate your gameplay experience. They come in many different varieties and can be attached to a handful of healing items, including “health injectors” (which includes both syringes and med kids), shield cells, shield batteries, and Phoenix Kits. While discussing Stickers during a press conference, design director Evan Nikolich shared that the goal of the feature is for players to express their own style while participating in matches. 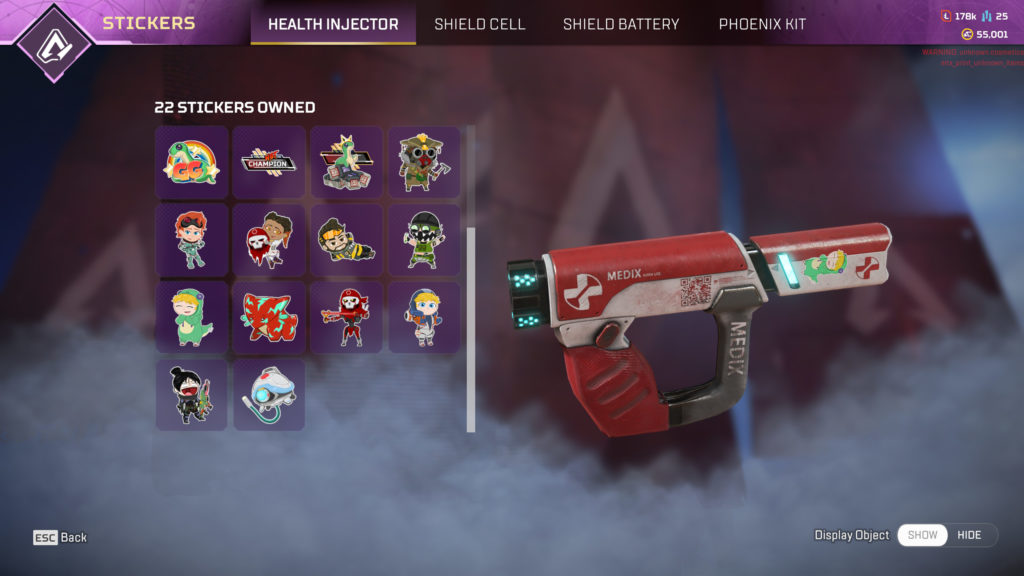 Eagle-eyed players noticed a handful of new healing animations and accompanying sounds during the Beast of Prey and Fight or Fright events during season 14. According to Nikolich, these were created in preparation for the release of Stickers. The animations appear to better showcase the locations on healing items where Stickers will be placed. 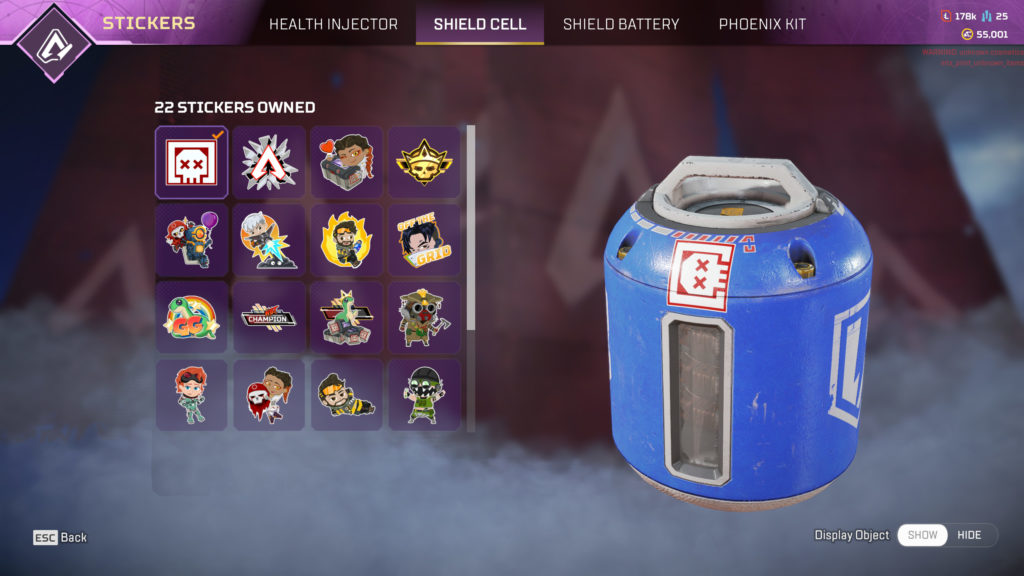 Many of the Stickers have been showcased already, including cartoon versions of several legends, a Nessie with the letters “GG,” a small version of the champion screen that appears after winning a battle royale match, and the death box icon. Players can choose which Stickers they want on each healing item and apply them individually. Nikolich confirmed that they are a permanent addition to the game, making them the first new cosmetic type since Prestige skins launched in season 12.

Players will be able to discover the full suite of Stickers when season 15 of Apex begins on Nov. 1.