He already looks quite impressive.

Following the reveal that the highly anticipated character Scaramouche would finally be joining the world of Teyvat as a playable character, the leaks surrounding the upcoming Anemo character have been almost nonstop. However, the latest leaks showcasing the animations of Scaramouche’s redesign as the Wanderer might be the most exciting ones yet.

Those within the Genshin Impact leak community have uncovered the Wanderer’s unique animations when utilizing his Anemo powers and while simply standing around. Although these are leaks and thus not definitively a final product or necessarily true, fans are already extremely ecstatic at how unique Wanderer’s skillset appears to be. 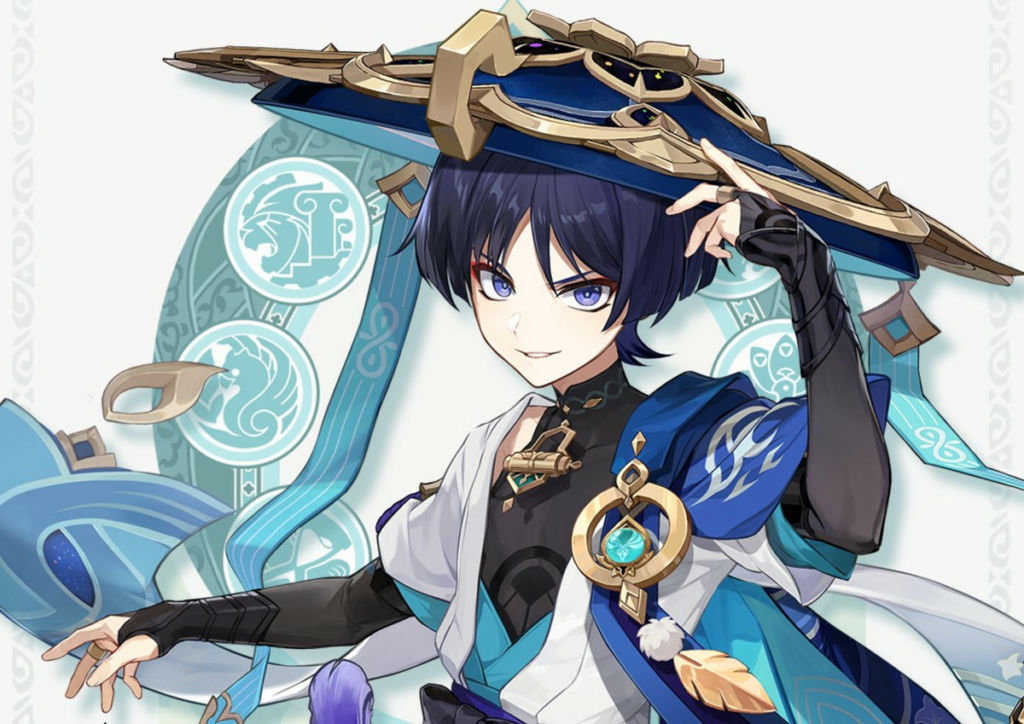 Perhaps the animation and skill fans are most excited about is the elemental burst. This special move is every character’s big, powerful moment and five-star characters also get a special close-up representative of their respective personalities. The Wanderer’s elemental burst is quite impressive looking and seems to feature him stepping on the camera in a manner that feels quite fitting with his signature wildcard personality.

Compresses the atmosphere into a singular vacuum that grinds all troubles away, dealing multiple instances of AoE Anemo DMG.#原神 #Genshin pic.twitter.com/jk5GgY0F9J

Compresses the atmosphere into a singular vacuum that grinds all troubles away, dealing multiple instances of AoE Anemo DMG.#原神 #Genshin pic.twitter.com/BxC22YQa6R

In addition to a mightly elemental burst, the Genshin leak community also uncovered an extremely unique ability that Wanderer also may have. This ability is a special hovering state that allows him to somewhat fly while engaging in combat and while simply meandering around Teyat.

There appear to be two variations of the skill, one that allows the Wanderer to just wander around while in the hovering state and another that can be utilized against enemies that allows him to deal out increased normal and charged area of effect damage.

Players are likening Wanderer’s unique Anemo skillset to Venti, the five-star Anemo Archon, and Heizou, a four-star Anemo character. Up until now, Venti was the only character capable of flight-like abilities while Heizou was the only one possessing a unique melee Anemo skillset, but it seems that Wanderer may now have new skills that are somewhat reminiscent of these.

Wanderers’ unique hovering ability seems to function in a manner similar to how stamina is consumed by running characters or by special characters who possess cloaking sprints. As Wanderer utilizes this ability, “Sky-Dweller” points will be consumed until he can hover no longer. The bar to the right of him indicates how long he has left before he will fall.

The attack version of the hovering state ability also utilizes the “Sky-Dweller” point drain system and Wanderer will thus continue to consume these points while he is performing the special hovering state.

The Genshin leak community has also uncovered Wanderer’s animations. When playable Genshin Impact characters are standing still for a long period of time, they will then perform some kind of unique action that is called an idle animation. For example, Kamisato Ayato will pull out a boba drink and consume it while Xiangling will have her bear companion Guoba balance on her head.

Wanderer’s first idle animation features him pondering over his Anemo vision, which begins glowing before he then moves his hand to tip his hat.

His secondary idle animation features his Anemo powers as he creates a light vortex followed by him looking directly at the camera and seemingly teasing players.

All of Wanderer’s leaked abilities feature the character performing very wind and air-based actions, which makes sense considering that he is an Anemo character. Most Anemo characters don’t have the ability to take to the skies as he does, however, and players are thus understandably very excited to try his skillset for themselves.

Players can also watch a full showcase of Wanderer’s animations and skills demonstrating all that has been discovered by the Genshin leak community thanks to the Reddit post below.

Wanderer full showcase with idles via Uba and abc from Genshin_Impact_Leaks

The once notorious Fatui Harbinger Scaramouche is expected to debut as the brand-new playable character Wanderer in the Version 3.3 update of Genshin Impact. This update should go live in December, although it is currently unknown whether he will debut during the first or second half of the update. It is likely that the Wanderer will debut right away when the update releases based on Genshin’s usual patterns.

Latest comments
No comments yet
Why not be the first to comment?
Featured news
Genshin Impact2 months ago

Everything we know about the 3.2 update in Genshin Impact

How to get Chaos Storage, Chaos Modules, and Chaos Bolts in Genshin Impact 3.0