The two organizations will operate separately, with a focus on nurturing talent within the MENA region.

With this move, Nigma will rebrand to Nigma Galaxy and head up the esports division of Galaxy Racer from its headquarters in Abu Dhabi. 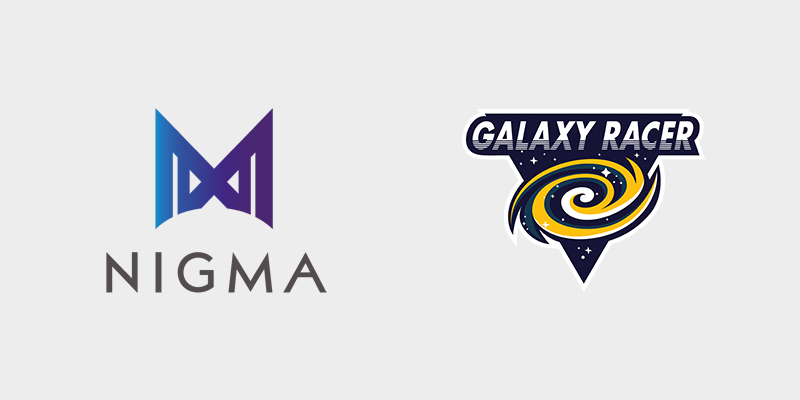 Overall, Nigma Galaxy will go from having a focus on its top-level Dota 2 roster to carrying rosters across multiple major esports titles, like League of Legends, VALORANT, CS:GO, Free Fire, and PUBG MOBILE, featuring 60 players from over 20 countries. It will be headed by Nigmas co-founders Mohamed Morad, Christoph Timm, and Kuro “KuroKy” Takhasomi.

Nigma Galaxy will continue to operate as an individual organization, with a separate budget, brand, and direction, while also retaining its own visual identity too.

We are excited to announce our merger with Team Nigma to transform our competitive esports division into Nigma Galaxy, Galaxy Racer founder and CEO Paul Roy said. Team Nigmas leadership team carries vast experience as professional players, which we believe will be a great asset to building and supporting all the teams under the Nigma Galaxy banner. Celebrating and nurturing the untapped gaming community around the world is what Galaxy Racer was founded on. With this merger, we believe we will be able to truly unlock this potential and shape the future of esports on a global scale.

Since being founded by Morad, Timm, and the majority of Team Liquids The International Seven winning Dota 2 roster in 2019, Nigma quickly rose to prominence as a competitive organization and secured multiple high-profile partnerships with companies like Etihad Airways and Etisalat.

MENA as a region already has a lower familiarity with esports than most large regions despite having multiple countries like Egypt and Saudi Arabia with higher gaming populations than France, Sweden, and Norway, according to a study from YouGov. Now Nigma Galaxy can use that experience and the merger to continue growing as the biggest competitive gaming team in the MENA region while giving it more avenues for international growth too, with plans to expand within Europe, the Americas, Southeast Asia, and China.

Galaxy Racer has a brilliant understanding of the entertainment business and together we share a mutual passion for supporting and nurturing talent within the MENA region, Morad said. There is also a lot of natural synergy between our brands with Nigma meaning star in Arabic. Before this merger, Nigma was a single star. By becoming Nigma Galaxy, we will have a Galaxy full of stars.

Likewise, Galaxy Racer, which was also founded in 2019, has already become a sizable entity in esports and the only MENA-centric international presence.

Moving forward, Galaxy Racer will focus on developing its content brand, tournament management, merchandising, and more, while adding other areas to its business, like its newly established record label GXR Records. The organization already has some of the biggest content creators in the MENA and Asia regions, boasting a growing roster of more than 80 creators with a combined reach of over 330 million followers and billions of views across all major platforms.

Latest comments
No comments yet
Why not be the first to comment?
Featured news
Businessan hour ago

Pokimane breaks into talent management with launch of RTS