Catalyst needs some changes before she becomes the next Seer.

While Catalyst made a splash with her entrance into Apex Legends, shes not been incredibly popular with the best players in the game. Most Apex pros like her passive in and around doors, but her Piercing Spikes tactical is destructible and easy to avoid, and her Dark Veil ultimate doesnt actually block the ultimate ability of one of the only reconnaissance characters being used at the pro level, Seer.

That hasnt stopped FURIA from breaking her out in some of the games larger third-party competitions, however. Notably, FURIA made use of Catalyst on Worlds Edge during NICKMERCS MFAM Gauntlet, a $50,000 tournament series featuring pro teams that all play in the Apex Legends Global Series Pro League in North America. Its fitting that the team that almost single-handedly brought the international Apex scene around to how powerful Seer could be with a coordinated squad is now looking for new ways to surprise other squads.

How did the Catalyst pick work out for them? Decent, although its difficult to call the experiment a resounding success so far.

Commandeered by ALGS Championship MVP HisWattson, the most notable Catalyst play that came out of FURIA came in the three-team fight pictured above, north of Survey Camp on Worlds Edge. Normally, positions around the rock outcroppings just south of the train tracks are prioritized by teams, as they offer what little cover exists around that spot. Instead, FURIA opted to take a position north of the tracks prior to the final zone closing.

While teams can retain relative safety while crouched behind the opposite side of the tracks, that spot is difficult to play from, as the circle normally pushes teams up onto the tracks, and easy pickings for the teams that have cover to play from. But FURIA planned on their Dark Veil to give them the cover needed to play from the top of the tracks. Pairing the ultimate with their own Seer scans, theyre able to section themselves off from NRG and Sentinels before scanning Sentinels’ positions and throwing grenades through the wall for massive damage and an eventual squad wipe.

Unfortunately, the same play also showcased the downside of Dark Veil. It simply doesnt block scans from enemy Seer ultimates, and NRG was able to move in with their own Seer ult and see exactly where FURIA was, even behind their Dark Veil. 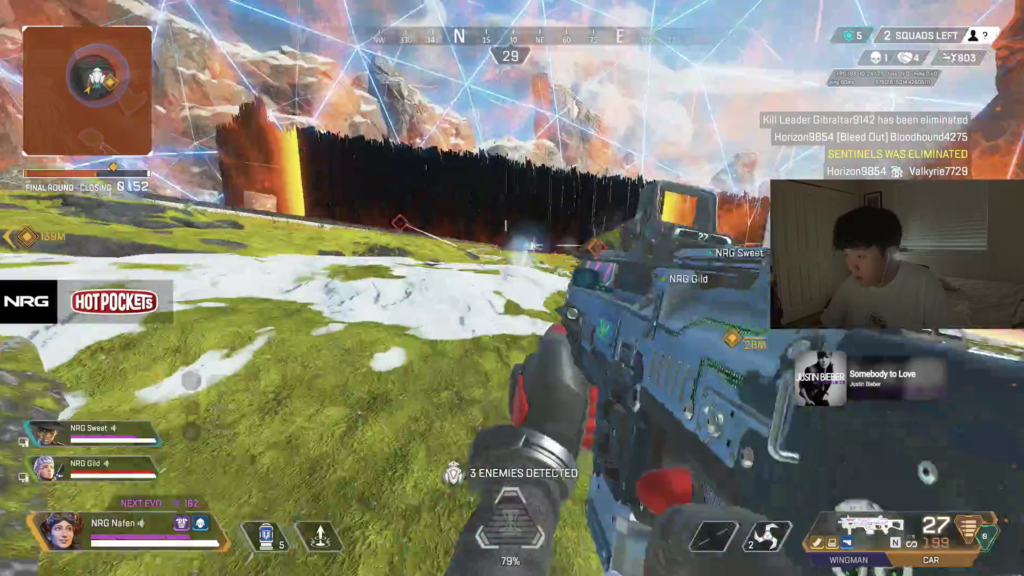 Screengrab via nafengg on Twitch

If its not, and everything is functioning as intended, then the usefulness of Dark Veil is severely limited in a pro meta where nearly every team uses Seer. What was once a useful tool to block enemy vision and disguise your teams position becomes a death trap when an enemy can see where you are behind the wall, especially if you dont have any Seer or Bloodhound of your own to see where enemies are from your own side of the Veil.

The late-game potential of Catalyst is plain to see, and shes certainly worth using for some teams if Dark Veil can block incoming scans. As long as the ultimate ability cant counteract Seers ultimate, however, its difficult to see how Catalyst can shake up Apexs meta.

Latest comments
No comments yet
Why not be the first to comment?
Featured news
Apex Legends12 hours ago