Fudge, C9’s position-shifting cornerstone, still believes he’s ‘better than the majority of the other top laners’ in NA

The three-year veteran is focusing on individual improvement as Cloud9 makes its second-half push for a Worlds berth.

Cloud9 top laner Ibrahim Fudge Allami is returning to his old stomping grounds for the second half of the 2022 League of Legends season. After spending the first half of the year as a mid laner, hes heading back to the position he called home for the first three campaigns of his professional careerand hes taking a load of learned lessons with him.

As Fudge begins to play professional games in the top lane for the first time since last October, hes making a conscious effort to evolve his playstyle and be a better player than he already was during the second half of last season.

Following the first day of the 2022 LCS Summer Split, Fudge spoke with Dot Esports about his transition back to his original position, as well as his expectations for the second half of the season.

I do feel like I was learning quite a bit when I was a mid laner, Fudge told Dot Esports. And I think once I realized I was playing top lane again, I felt a lot of confidence, because as a player. I understand the game from a holistic standpoint quite well, and my only big weakness as a mid laner was my laning and my mechanics on championswhich is a very important part of the game, obviously.

At the back-end of the 2021 season, there arent many people who would argue against the opinion that Fudge was a top player, if not the best, at his position in the LCS. Strikingly enough, Fudge is in that camp of people who still believe he has a long way to go when it comes to surpassing some of NAs best top laners on a one-to-one level.

Still, he feels comfortable in his laning abilities heading back into the top lane, a position where he believes he didnt really have any of the weaknesses he showcased during his mid lane tenure, at least in comparison to North American opponents.

Last summer, Fudge ranked just fifth among all qualified top laners in gold difference at 15 minutes, according to League stats site Gol.gg. Players like Alphari, Impact, Huni, and Ssumday all held his feet to the flames throughout the early stages of games last summer, resulting in middle-of-the-road laning stats for Fudge. Whats most strange about Fudges stats from last summer, though, is despite ranking in the bottom third of the league in both damage per minute and team damage percentage, he led all top laners in kills per game and KDA last summer, according to Gol.gg. If anything, those numbers indicate passive behavior from Fudge, who struck only at opportune moments in the mid-to-late-game and prevented himself from dying at all costs. 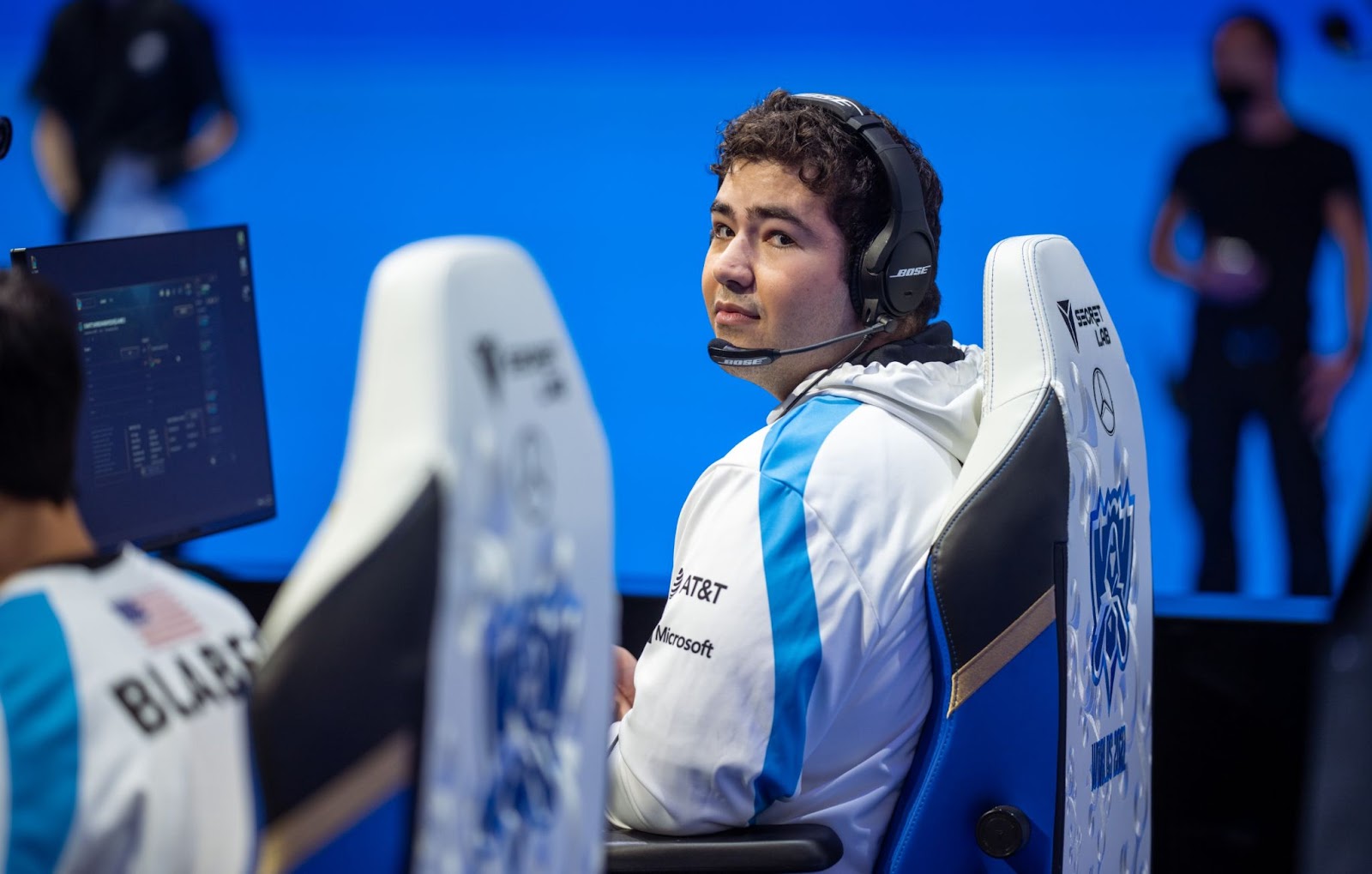 Fudges move to the mid lane came in concordance with the arrival of C9s Spring Split top laner Summit, a now-well-experienced Korean journeyman currently playing with LPL organization FunPlus Phoenix following his departure from C9. Summit, a notably aggressive top laner, gave Fudge a prime opportunity to take notes on his own game during his temporary swap to the mid lane this season.

A player like Summit is someone thats very far on one side of the spectrum, which is very aggressive, very good mechanically, but he doesnt make the best strategic decisions, Fudge said of his former teammate. Whereas me, when I was a top laner in 2021 Summer, I was very passive and [went] for high-percentage plays that were low-risk, but I didnt really carry any games.

Fudge, whos well aware of his passiveness as a top laner, is making it a point to become a more aggressive version of himself in 2022. With just eight weeks standing between C9 and the playoffs, Fudge is faced with a triple-threat task of transitioning back to a new position, rapidly evolving his individual game, and staying focused on helping C9 reach their Worlds objective.

I think its very important Im able to win lane against all the NA top laners, and thats what Ive been working on, Fudge said. I still think Im not there yet, but Ive been definitely focusing heavily on my laning, trying to push the limits of champions mechanically, but its going to take a lot of time, obviously.

And although the sample size is small, Fudge is still proving that he can be an effective, yet conservative top laner. Through the first three games of the summer, Fudge holds the lowest death percentage among all top laners in the LCS, while sporting the highest kill share across all players at his position, according to League stats site Oracles Elixir.

Despite a slow start to the Summer Split for C9, Fudges confidence level remains unfettered. He claims hes better than the majority of the other top laners, even with perhaps a bit of an identity shift. A return to your comfort zone will do that for most players, and its obvious Fudge is comfortable in the top lane. Still, thats not to say the opportunity to jump out of his comfort zone into the mid lane earlier this season wasnt a massive boon to his individual skill level.

While theres still plenty of time left before Fudge and C9 see real results from his investment into the mid lane, the Australian gained perspective from playing a different position. Mainly, he cites his involvement in the lower side of the map as a focal point of individual progression.

Obviously, when Im playing as a top laner, Im playing Fiora, Gnar, Gwenthese champions are all pretty mobile and can get out of sticky situations themselves, Fudge said. Whereas if youre playing a control mage, if you misstep one bit, youll just die. You usually cant do anything without vision, and that gave me a lot of perspective on how mid laners want to play, which is also intertwined with jungle and support and how they want to play around the map.

That element of squishiness may have been alleviated slightly following perhaps the biggest mid-season update to League in the games history. Earlier this year, Riot Games implemented a patch colloquially referred to as the durability update, which increased defensive statistics for all champions in the game. This effectively made players tankier, beefier, and harder to kill.

As a result, the pace of professional League games around the world has slowed down tremendously. Early-game skirmishes are becoming fewer and further between. In leagues around the world with a respectable sample size of Summer Split games, the average game time is up. In Koreas LCK, games are taking just over 36 minutes to complete on average so far through the summera mark thats on pace to be the highest on record for a major region since 2018, according to Gol.gg. 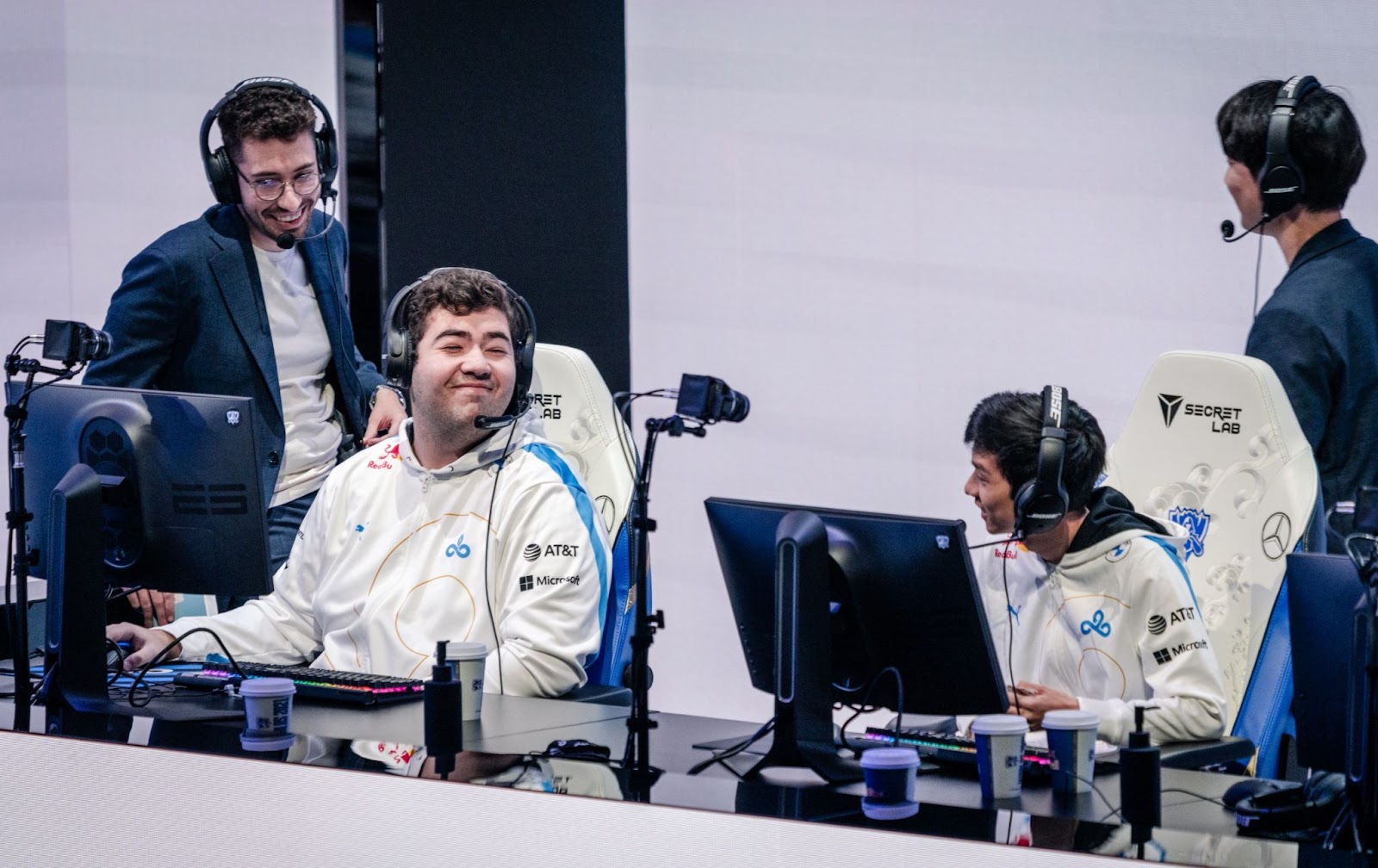 As a player, the way I play is very stable, Fudge said. You could say I usually play scaling and the durability update helped me to be more stable and make more consistent decisions in late-game teamfighting, which is usually where I play the best.

While Fudge does what he can to navigate the quickly shifting landscape of professional League, the rest of C9 remains in question. The team finished fourth in the spring and overhauled nearly the entire starting lineup heading into the second half. Following Fudges swap back top, the team bought in its mid laner from 2015 to 2018, Jensen, to return to his roots. The org also promoted one-time AD carry Zven to play support. Only jungler Blaber and starting ADC Berserker were carried over into the new split.

Despite the shake-ups, though, Fudge still believes each individual teammate of his can hit their respective ceilings at some point in the near future. I believe in myself, Fudge said. I believe I can be the best top laner by the end of the split. I believe Jensen can be the best mid laner, and I already believe Blaber is the best jungler.

When speaking on his bot lane, Fudge believes Zven has an understanding of all roles at a very high level, while Berserker has the potential to be one of the best ADCs in the world.

Related: EG Vulcan: Zven was always the kind of teammate that can work well with a bunch of different players

Still, theres plenty of League left to be played, and C9 certainly have ground to make upespecially following a winless weekend to start the Summer Split. After putting themselves behind the eight ball in the spring, C9 have to make a new-look lineup click and instantly contend for a ticket to the World Championship. To make matters more difficult, C9 could be without Zven and Berserker for some time following a series of lost passports and COVID cases, according to an announcement made by C9 on June 17. Fudge estimates the duo will be back in the lineup by week three.

C9 will return to the LCS stage on June 25 for a week two match with fellow 0-3 squad Dignitas.