The most important person in Apex that you might not have heard of.

What was supposed to be a normal day for one of the most important figures in Apex Legends began by worrying about, of all things, Super Smash Bros. The accusations, arguments, and eventual cancellations of several events surrounding the Panda Cup and Smash World Tour made life a headache for many players around the world who were trying to decide which events to attend at the end of the year. And for TSM player manager minustempo, that meant figuring out how to get players like Tweek and Leffen to California for Mainstage 2022 on short notice.

Im pretty much working on everything every day, minustempo told Dot Esports. On that day, it included the Apex team playing in a community tournament, in which minustempo was helping keep track of scores, keeping tabs on TSMs Dota 2 team in an official match, helping the orgs Smash players with their end-of-year tournaments, and coordinating with their Fortnite players for a tournament taking place at the end of the week.

Maintaining and coordinating all of those teams and players simultaneously seems like multiple full-time jobs instead of just one, but that hasnt kept minustempo from becoming one of the foremost figures in competitive Apex. From running scrims and making sure TSM is ready for Apex Legends Global Series days to organizing his own third-party tournaments, such as TSMs recent Winter Royale and the Oversight circuit, his influence has been one of the primary drivers behind the scene over the course of the last year and a half.

While he might be a familiar name to those heavily-invested in competitive Apex, casual viewers might be surprised to learn that one of the games most important figures isnt a famous player, or streamer, or even a developer. Instead, its a guy who started out by keeping track of scrim scores in Apex pros chats with a passion for the scene. And as the scene continues to grow up and look to incorporate more new players into its ranks, it continues to look more and more like minustempos vision for the future of Apex.

What a game! @TSM comes out on top for match #2

Minustempo first got into Apex through his brother in 2020 and quickly gravitated to streamers that also happened to be involved in the pro scene, like TSMs ImperialHal and former CLG and Renegades member ImMadness. As minustempo tells it, he started out by doing little things here and there like keeping track of tournament scores, a job that eventually spread to all of TSMs Apex players and influenced more pros in the scene to do the same, either via minustempo or another member of their own chats. When a player manager position at TSM became available, TSM player Reps immediately recommended he go for the job, as hed already taken on many of those responsibilities unofficially for the team.

The sort of work ethic and consistency built up trust within the competitive Apex community, and soon enough it was minustempo himself who was dealing with EA to help keep scrims flowing.

I was already doing scores for half the scene, minustempo said. And GLL [who formerly ran scrims and Apex tournaments] started to leave the Apex scene. That represented a problem, since that left scheduling scrims up to the players themselves, which wasnt an ideal situation. Instead, minustempo stepped into the role. Thats when I met up with Joseph [De Anda] from EA, And then I talked to them, and he said Yeah, we can help you guys out so that NA is covered.

However, scrims themselves have long represented something of a problem for pros. According to minustempo, its difficult for pros to have scrims that everyone takes seriously, and that truth is easy enough to see in real time on several pros streams. While some teams want to try to play out games as closely to an ALGS match as possible, other rosters try experimental compositions, while more squads are just interested in fighting every team they see. It often leads to short games where teams make plays they never would make in an actual tournament.

The answer to helping the scene get more real practice in? Tournaments. A tournament series outside of ALGS with a big enough prize pool for bigger teams to take seriously, while featuring an open format that teams outside of North Americas upper echelon could aspire to as well. Enter the Oversight series, an Apex circuit in partnership with Hyperluxe, and the brainchild of minustempo and FaZe Clan analyst Chrono.

The Oversight series has quickly become North Americas answer for a consistent third party tournament series that can run concurrently alongside ALGS. It uses elements of the ALGS format, such as ALGS scoring and a split system with playoffs occurring at the end of each split. Theres also some surprises in store for Oversight coming in 2023like LAN.

Therell be two Oversight LANs in addition to the three ALGS LANs that take place next year, minustempo confirmed to Dot Esports. Thats a huge undertaking, and he knows it: It’s no small task because there’s internet issues, PC issues and the logistics of flying people, hotels, the actual tournament itself when it’s running, production team, etc.

His experiences at the Split Two Playoffs in Sweden and ALGS Championship in Raleigh helped him realize all the work that goes into planning a LAN tournament, and he didnt waste his time at those events, either. In many of his free moments, minustempo spent his time at ALGS LANs asking players and organizers about the LAN, what could be improved upon, and how certain production elements worked. 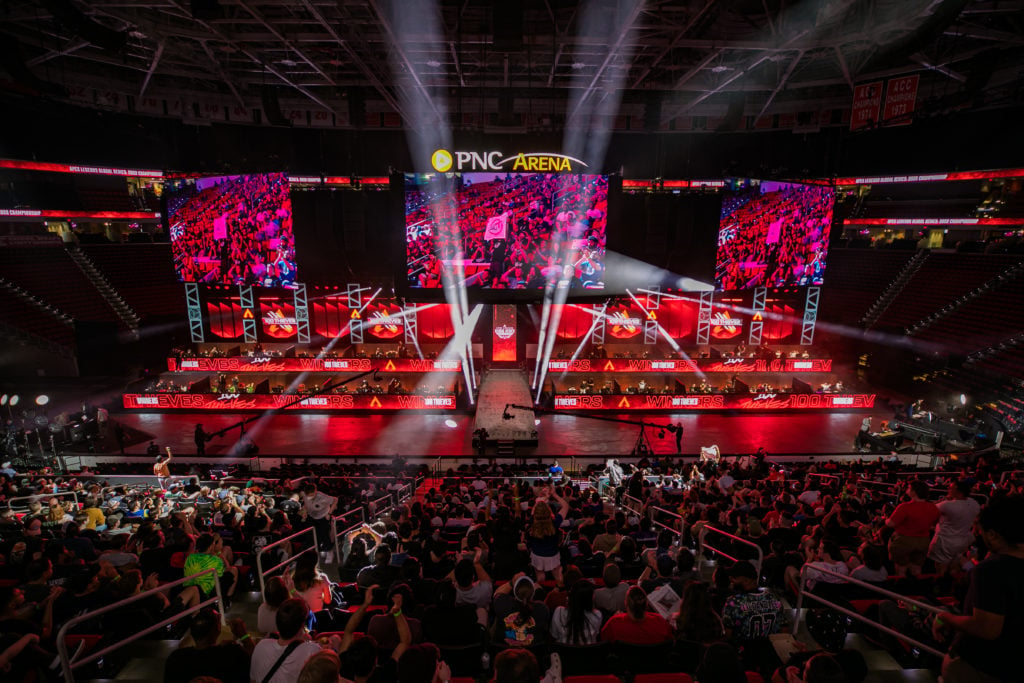 Now, with news that all of the ALGS LANs in 2023 will be held in London, the Oversight circuit is uniquely suited to provide North American Apex fans with the biggest NA LAN events of the year. Not bad for a tournament series that originally began because a team manager wanted to help give teams better practice than scrims.

Minustempo might have stumbled upon his job in esports, but its impossible to say that his success is an accident, or that his role in magnifying the profile of Apex esports is minor. And everything minustempo does seems to stem from a love of the game and the competitive scene itself. From ideas as simple as creating an Apex circuit with scheduling that didnt clash with other tournaments, and maximizing player and sponsor exposure, to goals as lofty as creating a separate ranked system that could mirror games like League of Legends, its impossible not to see how minustempo has systematically tried to better the scene that brought him to TSM with every step hes taken.

Thats not just limited to the very top levels of the game either, as hes played a significant role in putting on content creator tournaments and series that put a spotlight on some of the scenes underrepresented and underappreciated players. TSMs Winter Royale, a special tournament based on former TSM coach gdolphns random teams format, recently featured 20 teams with the captains for every squad consisting of women and marginalized genders in the Apex community.

I feel like the women are just as good as the guys, minustempo said in regards to shining a light on the womens competitive scene. They just dont have enough top tier practiceI think they just need a place to play against the top of the top to know that hey, I am as good as everyone else.

In addition to being a fun tournament that helped give exposure to some lesser-known streamers and players in the Apex community, the Winter Royale is another way minustempo is helping to expand the competitive community in Apex.

Its trying to get more people into that competitive level, so that they can be like oh shit, this is what competing is like. Maybe I want to sign up for ALGS next time around.

While Apex has had women succeed at the highest levels of the game, such as esdesu and Sabz in EMEA Pro League and ALGS commentator-turned-competitor GuhRL in NA, theres no series or system in the game on par with VALORANTs Game Changers, for instance. Much like many of minustempos other ideas, the TSM Apex tournaments hes helped run have tried to take steps towards rectifying that absence in the competitive Apex community.

With all the opportunities hes provided players simply by seeing areas of need in competitive Apex, its quite possible that minustempo is the most important person working in the game right now. And as the game forges ahead into its fourth year in 2023, his work will continue to be vital to the scene. Luckily for the scene, that work is exactly what he plans to keep on doing.
[Next year] my goal is just to fill those offseasons with events that will help Apex grow and give viewers competitive Apex to watch even when there isn’t an ALGS, minustempo told Dot. I think thats one of the main reasons EA has been extremely helpfulthese events help the entire Apex scene grow.

Characters from Apex Mobile aren’t coming to Apex—at least, not yet

For the first time since launch, Apex isn’t getting a new legend next season

Apex is removing Arenas, but getting a new LTM playlist in its place