The Aussie star has pledged himself to Twitch.

There was a point in Whippys life where he knew he would amount to nothing. Back then, the Australian streamerstill years and years away from a 486,000-strong following on Twitchcouldnt see anything beyond living in rural New South Wales, paying off a big mortgage, and working a job he didnt love.

That Whippy, and the one that sat down with Dot Esports late last Wednesday on the eve of his bumper Twitch signing announcement, share one thingneither can quite believe just how far hes come since originally going live all those years ago.

On May 29, the now-Brisbane-based star announced his new, exclusive deal with Amazons titanic streaming platform, Twitch. The broadcast deal, like many weve seen over the years, keeps Whippy tied to the purple-branded site for several years. The contract would be a huge moment in any streamer’s career, but for Whippy it symbolizes something morehes finally made something of his life.

I cant believe it, he said. And I am very, very thankful for it all.

Whippy, who is also signed with Click Management, knows hes been a little hyperbolic when he says hed never amount to anything in another life, but up until recently, he had carried that fear, deep down. In school, he was dubbed the dumb kid and wasnt given much of a chance to prove otherwise. That stuck with him.

When he finally did decide streaming was something he wanted to pursue, it wasnt as easy as clicking a button and raking in thousands of Twitch viewers either.

In the early days, Whippy, now 22, played out of a shed. The centerpiece was a wooden pole holding the whole structure together. The windows were taped over with garbage bags that barely kept out the suna must for Whippy as he would often sleep through the day to hit U.S. hoursand there were no temperature controls; if it was hot outside, it was boiling inside. Cold? The shed was freezing.

The U.S. hours he aimed for played havoc with his life too. Whippy had eventually settled on a Twitch streaming schedule that saw him go live from 10 oclock at night to eight in the morning. That hit a hefty American audience, he says, but it nearly cost him everything.

Sometimes I wouldnt see the sun for days, he admitted.

Add to that, Australias NBN internet rollout hadnt even arrived in rural New South Wales at this stage. Whippy found himself stuck paying around $1 AUD a gigabyte to stream, a price he simply had to pay. Costs quickly piled up.

That was my life for the first two years. Start at 10 [in AEST hours, that is, which translates to around 5am on the U.S. west coast], end at eight. It was, honestly, ruining my life. And, worse, his audience wasnt really growing. I was in the wrong time zone, had the wrong internet. It was all wrong.

The first 24 months were the hardest, Whippy continues, and they left him in quite the predicamentaccept what he had or go for bigger fish in a totally new time. He had built an Aussie audience in the late hours Down Under and had others trickling in via the early U.S. times, but stagnating numbers and declining mental health from his situation werent sustainable.

Whippy went for it.

And, as it turns out, the GTA star timed it perfectly.

It took a little planningthe famous No Pixel roleplaying server, renowned for its streamer-led Grand Theft Auto theatre adventures, was refreshing into 3.0 in Feb. 2021 and Whippy was part of the overhaul.

GTA roleplaying had already been good to Whippy. He had forged a following around his central characters, drug-addicted gang leader Irwin Dundee and the most petty cop in the server, Crocodile Steveboth Australian, of course. He had the fame (or infamy, depending on which character he played) to potentially pull off a time-swap and join new GTA adventures.

So, as No Pixel relaunched, Whippy did just that. 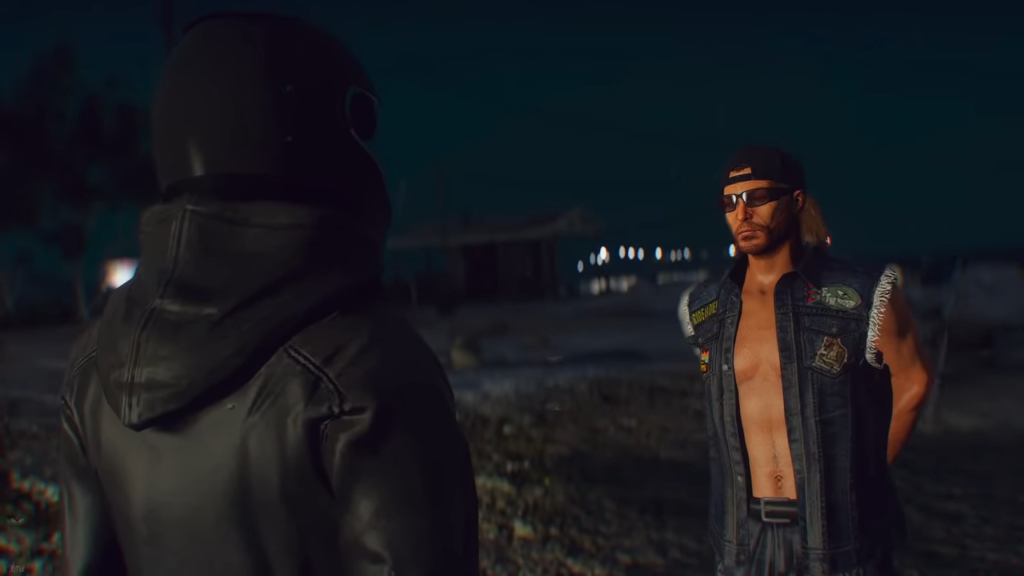 Image via Whippy on Twitch/Rockstar Games

I got very lucky, but it was the best thing I could have done, he said.

Swapping [times] was one of the biggest gambles Ive ever made. It really was a gamble. Just a total risk. But I got luckythe GTA community kept supporting me, and with the swap, I found that I could reach new fans too.

With the 3.0 update came more success too. The whole GTA roleplaying scene exploded on Twitch and the platforms biggest stars were soon creating characters to join the chaotic world of Los Santos. Whippy foundthrough Dundee and Stevethat he was soon playing with top stars like xQc and Sykkuno (the latter of whom has since left to YouTube) and building an even bigger audience.

Whippy kept growing. Throughout 2021 he climbed to a peak of 6,600 average viewers in every stream throughout April and maintained much of that for the year. 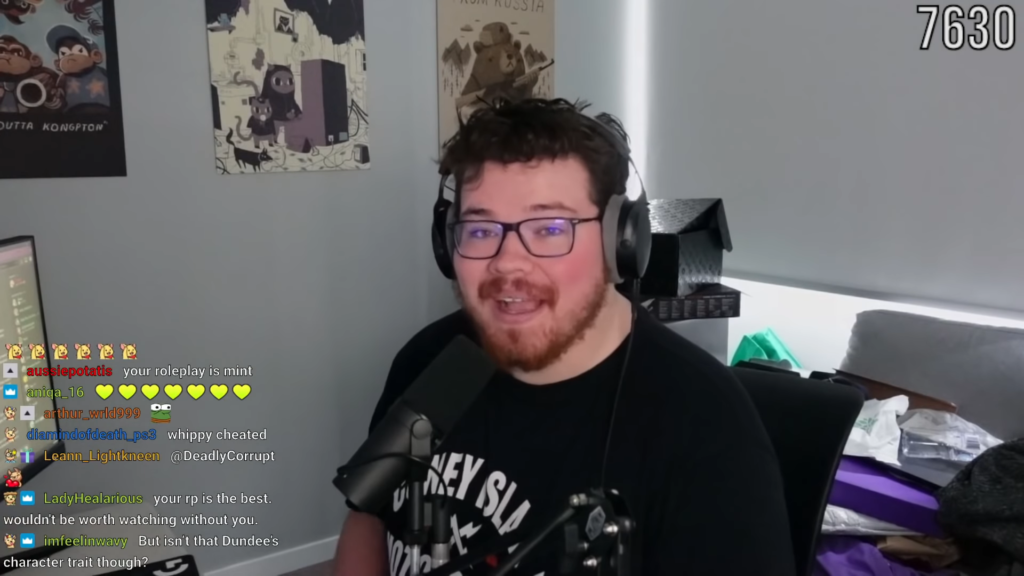 Screengrab via Whippy on Twitch

Numbers have wound back a little now in 2022, with just over 4,000 eager viewers tuning in at any one time to watch Whippy bring Dundee and Steve to life in Los Santos, but he still maintains around 6,000-7,000 subs each month.

And, despite living the rollercoaster, he still cant quite believe it.

Look, Ill say it, if you told me a few years ago that I was going to get this kind of viewership, this kind of community, I would have laughed at you. Yeah right! I would have said. But it makes me so happy that theyre there. It means so much to me. Even now I sometimes think it could all go away.

Im so thankful to have them, he added. Ive got one of the most amazing communities, followings on Twitch. Theyre extremely loyal and I love them all to death.

That loyalty is what has kept Whippy on Twitch now.

There were options for the 22-year-old, but the Australian star tells Dot Esports he basically only considered Twitch. After half a decade of building his fandom on the website, it would have felt disloyal to leave, he explained.

You can definitely still have success on other platforms, theres no doubt in my mind about that, but my priority is my happiness. I am most happy when Im streaming on Twitch with my chat room. To me, my chat room is my best friend. It just feels like home. It would feel wrong to stream anywhere else.

Whippy promises therell be more beyond GTA now hes signed on Twitcha racing car stream, cooking, and IRL adventures are all on the menubut really he just wants his Twitch fans to know hes not going anywhere any time soon.

Twitch is the most fun place to stream, he said. Im here to stay.

And, the icing on the cake, Whippys huge Twitch announcement comes just days after another, quieter celebration; after years of streaming, he has finally been able to pay off his mothers mortgage. Its been a goal of his, simmering away at the back of his mind, since Whippy first started finding his feet in the streaming world. On the eve of his re-signing announcement, hes finally hit that final goal.

Im very thankful for that, he said. I have no idea where Id be, where wed be, without streaming, but I know it wouldnt be here. Ive done something with my life.

‘Force to be reckoned with’: Internet comes together to mourn Technoblade