The Zero Point is safe again... for now.

Another season of Fortnite has been wrapped up and this one ended with a bang thanks to the Collision live event.

At the climax of the Zero War, The Seven’s Mecha Strike Commander battled against the Imagined Order. Now, the Zero Point is safe again and players are eagerly awaiting the official start of Chapter Three, season three.

The Collision event comes after two weeks of the IO’s Collider sending off waves of energy at increasing intervals. After being defeated and losing so much territory during the war, the IO saw no other choice but to detonate everything in the Loop using the Collider. But The Seven sent the Mecha Strike Commander from their base at the last second to save reality. 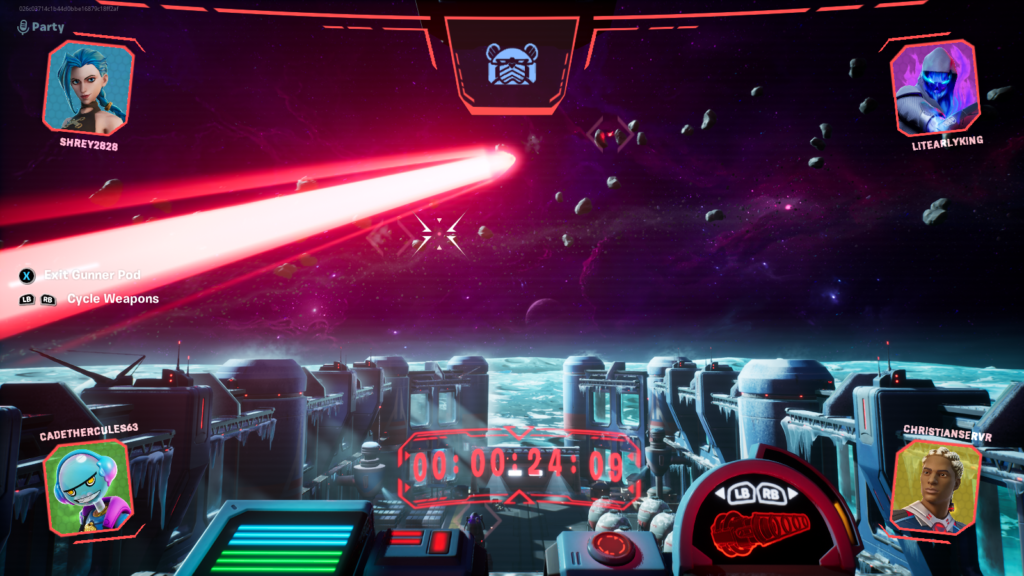 For the event, players started inside the Mecha Strike Commander on the Ice Planet, ready to launch onto the island. Players took to their weapons stations and began to practice firing at the meteors surrounding The Seven’s base on the Ice Planet. As the timer counted down, Jones and the Foundation discussed what was happening in preparation on the island.

After a short mission briefing from The Seven, the Paradigm took command of the mech and launched it into space. The player saw the Zero Point come into focus and was directed by Paradigm to blow the meteors out of the way. Once the mech lands on the island, players fought back the waves of IO infantry, tanks, and mechs. 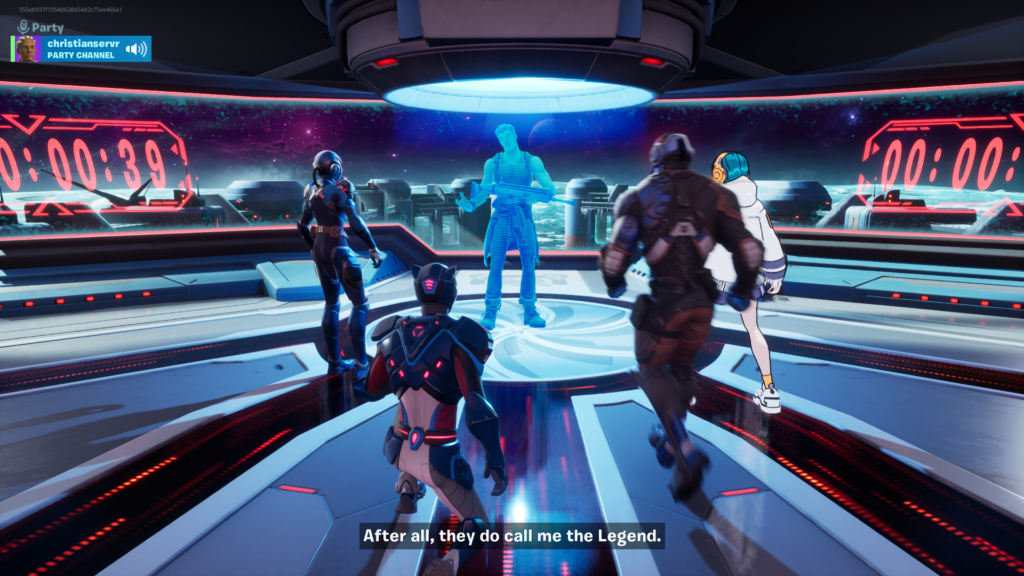 The mech moved through the field, slowly taking out force fields. After a few successful objectives were overrun, the Fortress drill shot a laser into the Mecha Strike Commander. But it returned fire via a laser of its own, destroying the staple of this season’s map. Shortly after that, the mech began taking a barrage of missiles and got knocked to its knees.

It all looked lost until Peely came rushing in to save the day, driving a semi-truck that had a giant container of Slurp attached to it. The mech picked up and drank the Slurp, then began slicing through the IO’s blimps with a giant laser sword. This sword is likely to be a new Harvesting Tool that will go with the June Crew Pack subscription skin. 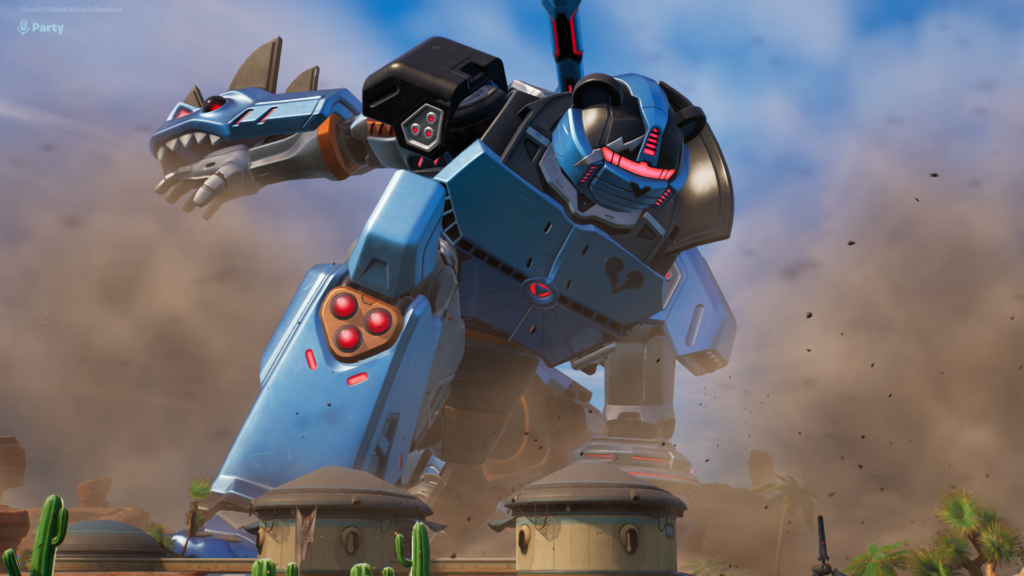 Then, when the mech finally got close to the Collider, it fell through the earth and became severely damaged. From there, the player had to run through the center of the island, where they could see that the Collider was pulling the Zero Point into some kind of crystal that would cause it to explode. As it got close, players ran through the floors defeating IO guards.

A few times while running up the stairs, the player saw different realties pulse through the Zero Point. One of the realities that appeared showed Darth Vader, potentially confirming his upcoming appearance next season.

Once players reached a crossing, Slone approached in a tank. The players were asked to let Jonesy handle it, but he was only buying time for Paradigm to power up the mech. The mech quickly raised its fist and brought it down on Slone and her tank, seemingly smashing them into the abyss below the Zero Point. 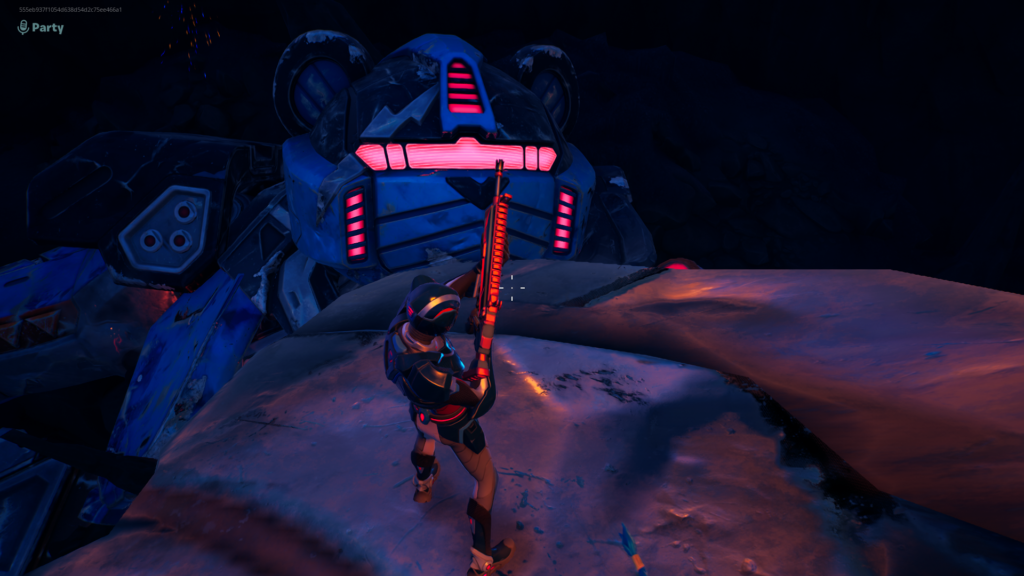 Finally, it was up to the Loopers to shoot the crystals powering the Collider. This caused a large explosion where the Mecha Strike Commander had to close its hands on top of the Loopers to protect them. That’s where the season ended, and players are left to wait on a “To Be Continued” screen featuring brightly colored fungi and a relaxing beat. 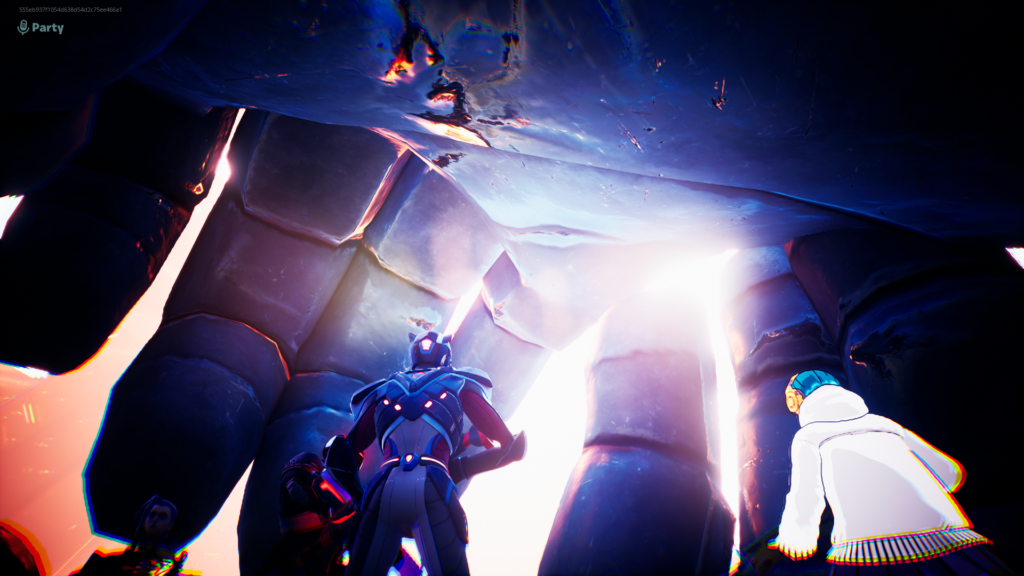 Shortly after the event ended, Fortnite announced that these beats were created by a subsystem in the Unreal Engine and that anyone could use them, free of copyright. These beats will likely continue until the game begins its downtime for the next season at 1am CT.

Creators! These beats are procedurally generated through Quartz, an Unreal Engine sub-system. No need to worry about claims or strikes. Vibe on

With the next season set to begin sometime tomorrow, June 5, players are only left to wonder about how this climactic battle affected the island and the Loop moving forward.

Latest comments
No comments yet
Why not be the first to comment?
Featured news
Fortnite6 days ago