FNCS Invitational shows what the pandemic stole from in-person esports

The tournament felt more like a convention than an esports event.

A line of fans wrapped around the Raleigh Convention Center on the morning of Nov. 12 as a sold-out crowd waited for their chance to get into the venue for the FNCS Invitational, the first major in-person Fortnite event since the World Cup in 2019.

While esports was the focus of the weekend, the surrounding festivities created a convention-like atmosphere with numerous displays and opportunities to interact with creators, making the experience something you couldnt get just from watching a Twitch stream.

As soon as fans entered the building, they were handed inflatable thunder sticks and directed to an ambiently lit convention floor that boasted an array of concessions, merchandise stands, and a meet-and-greet area.

Even though the setup was relatively simple, behind the stands, there was palpable enthusiasm from the diverse crowd as they waited in a line that was hundreds of people long just to say hello to the likes of SypherPK, FaZe Replays, Sommerset, and SquattingDog. 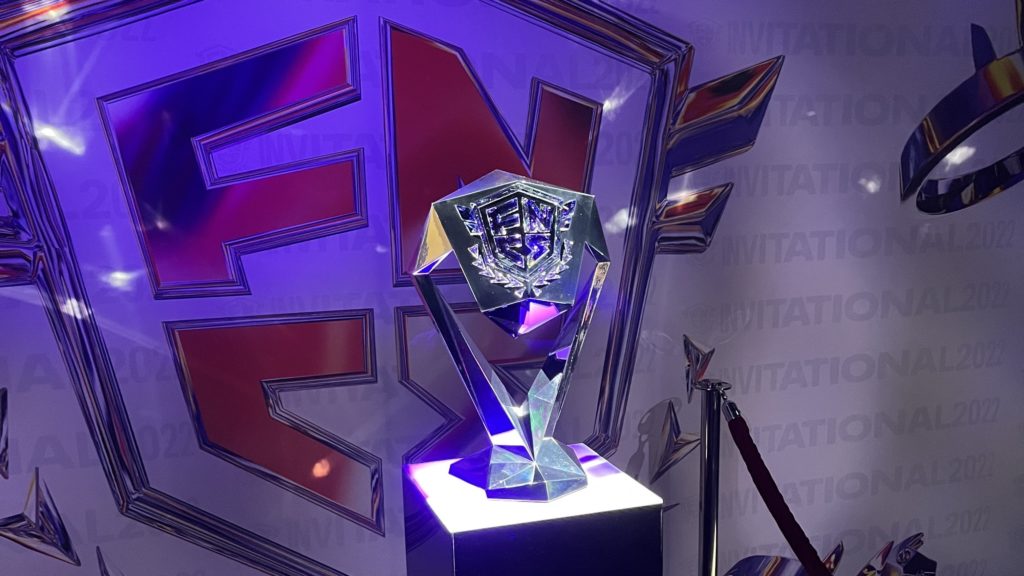 The FNCS Trophy was on display next to the creator meet-and-greet. | Photo by Max Miceli

Its really exciting and almost surreal just to see everything put together and being able to meet those people youve known for years now, Sommerset told Dot Esports.

The slew of creators spent multiple hours on both days of the event trying to meet as many people as possible prior to gameplay. And once the games started, the crowds fervor only grew.

While the tens of thousands of Twitch viewers for the event could hear the crowd through the stream itself, the cameras and microphones only reflected a fraction of the spectating spectacle.

The packed venue veered toward being a family affair as a large number of parents accompanied youngsters, but Miniminer was quick to point out that it wasnt just the kids cheering. Parents all around the arena showed interest in learning about the game, the players, and the lore behind the MrBeast x Fortnite burger statue. 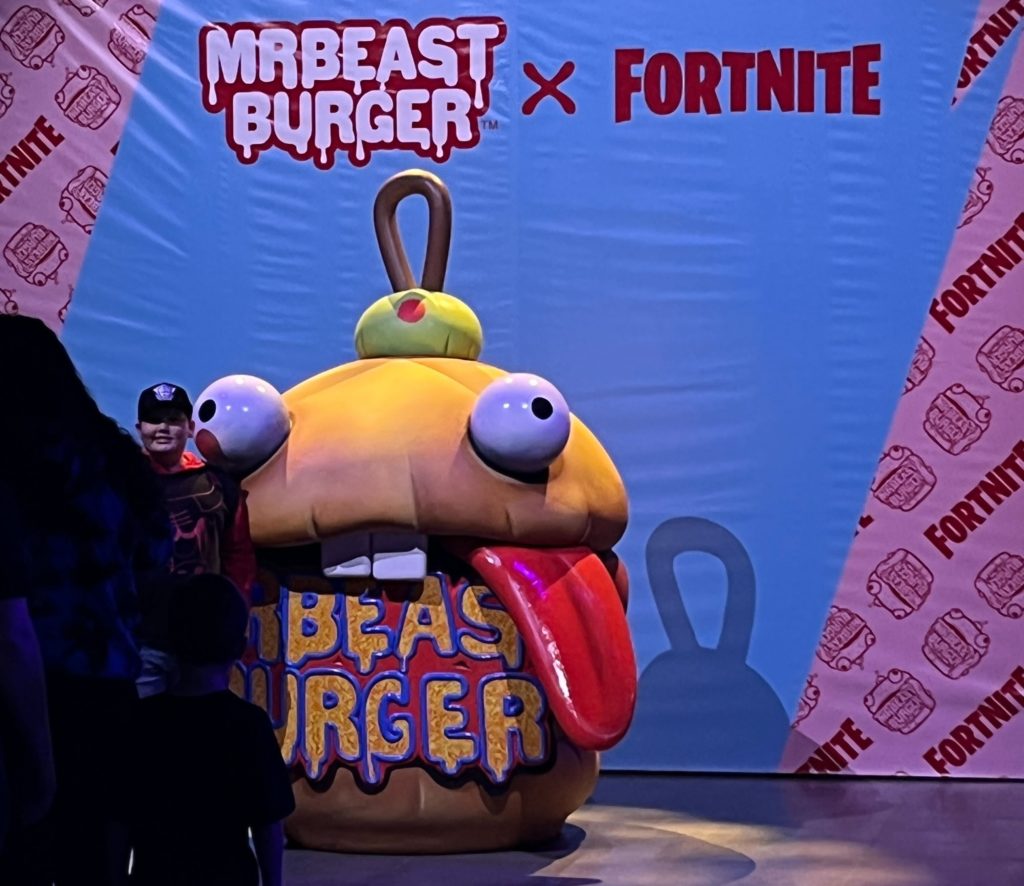 The line to take a picture with the Beast Burger statue was longer than those for any given concession stand at times. | Photo by Max Miceli

It wasnt just the kids watching, and the parents on their phone, he said. They were invested. You could tell they were enjoying it.

Casting during online esports events can sometimes feel forced as talent gives a play-by-play in an empty studio, but thousands of people reacting to every movement gave the casting a special type of authenticity. For Miniminer, that extended to giving analysis on the desk as well.

Having a crowd to feed off of makes it easier to be in tune with what the fans are interested in and adds another layer to the broadcast.

It helps break things down, Miniminer said. It helps to see what people are interested in. Thats probably the biggest advantage that the crowd has because it just gives you that extra depth.

Fortnite isnt the only competition to return to play with in-person crowds this year. Most other high-profile games have gone back to having crowds, and even events like TwitchCon have brought gaming fans back together again.

While the pandemic led to a notable rise in streaming viewership on platforms like Twitch, the energy that a few thousand fans can provide in-person enhances everything about an esports tournament in a way that cant be replicated.

Latest comments
No comments yet
Why not be the first to comment?
Featured news
Fortnite17 days ago