It's among the top games on the platform since the move.

After two years, Fall Guys has made a resurgence as a form of livestream entertainment following the game’s move to free-to-play at the end of June, posting its strongest viewership on Twitch since it came out.

Fall Guys made waves during the summer of 2020, peaking in August when the game averaged more than 150,000 viewers. While it hasn’t quite recaptured its initial reception, the game has had a strong first couple of weeks as an FTP, averaging 77,680 viewers, according to stats by Streams Charts. 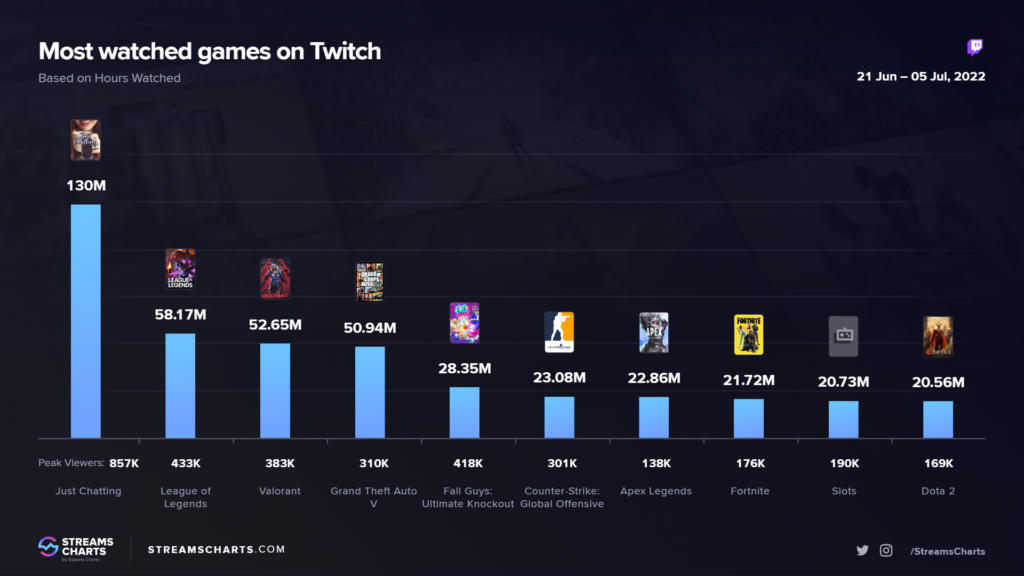 Since the game made the move to free-to-play on June 21, the game is the fifth most-watched content on Twitch with 29.4 million hours watched, putting it ahead of games like CS:GO, Apex Legends, and Fortnite.

Along with going FTP, Fall Guys move last month included some quality-of-life changes as well as some content updates. Not only did it result in the game hitting 20 million players within two days, but it also helped the game reach 50 million players in just a couple of weeks.

The top content creators playing the game vary widely, with the top couple being Spanish-language influencers. Meanwhile, there are six different languages represented in the top 10 content creators, making the game a true melting pot. Along with English and Spanish, the top 10 streamers include Korean, Italian, Portuguese, and German streams. 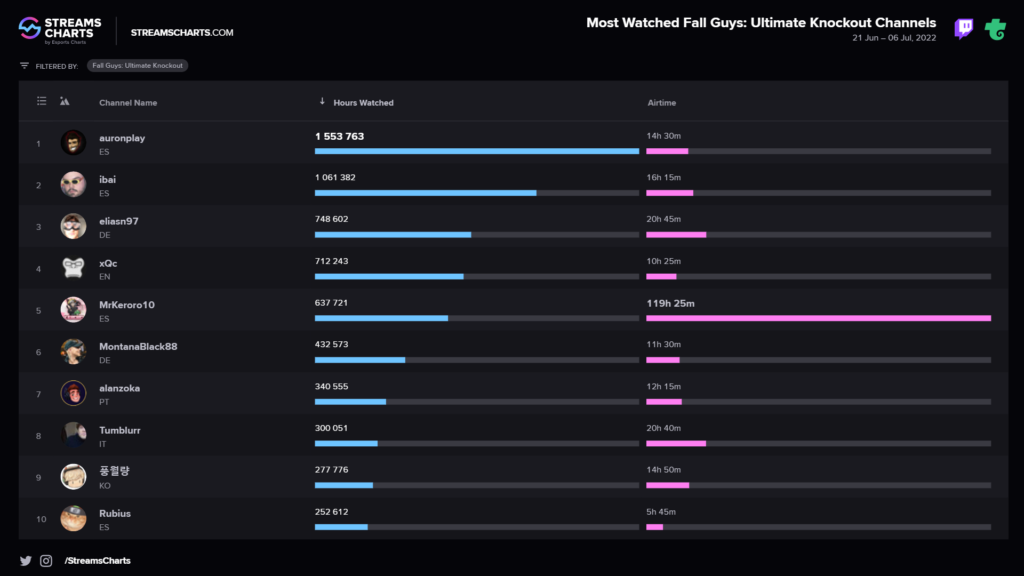 XQc has the only English-language stream of the top content creators, showing just how globally diverse Fall Guys is as a form of entertainment. He is fourth among creators playing the game on Twitch with just more than 700,000 hours watched. Auronplay and Ibai are the top two with 1.55 million and 1.06 million hours watched, respectively.

Fall Guys burst onto the streaming scene when it came out in 2020, with an abundance of highly influential gamers trying it out. Perhaps the most memorable gaming moment of that summer came when TimTheTatman, who still streamed on Twitch at the time, had an abysmal record playing the game, failing repeatedly to win.

His long arduous journey resulted in an impressive average of more than 91,000 viewers through August and September, peaking at a personal record of nearly 350,000 viewers when he finally won a game. The dramatic ups and downs of his story even led to an ESPN documentary detailing his first win.

Latest comments
No comments yet
Why not be the first to comment?
Featured news
Fall Guys6 days ago