EG’s Jojopyun on audio issues that delayed 8-hour playoff series with TSM: ‘The headset just wouldn’t work … we just couldn’t hear each other’

Problems with on-stage audio caused a two-hour delay at one point.

Last night, Evil Geniuses and TSM played one of the longest series in professional League of Legends history. Their best-of-five LCS Championship match took nearly eight hours to complete. After starting at 3pm CT, EG and TSM didnt wrap up their five-game series until approximately 11pm CT, with EG eventually claiming victory at the end of the marathon playoff match.

Each game in the series suffered from pauses, delayed starts, or on multiple occasions, both. During the match, it was revealed by the LCS that both teams were experiencing audio issues that were negatively affecting players’ ability to communicate with each other, although no specific details were given. A banner in the lower third of the screen on the LCS broadcast continuously read “network issues affecting audio” during each pause and delay.

The headset just wouldnt work, basically, for a long time, sometimes, and other times for just a few seconds, EG mid laner Jojopyun told Dot Esports after the series. We just couldnt hear each other, and we couldnt hear the game, or anything. 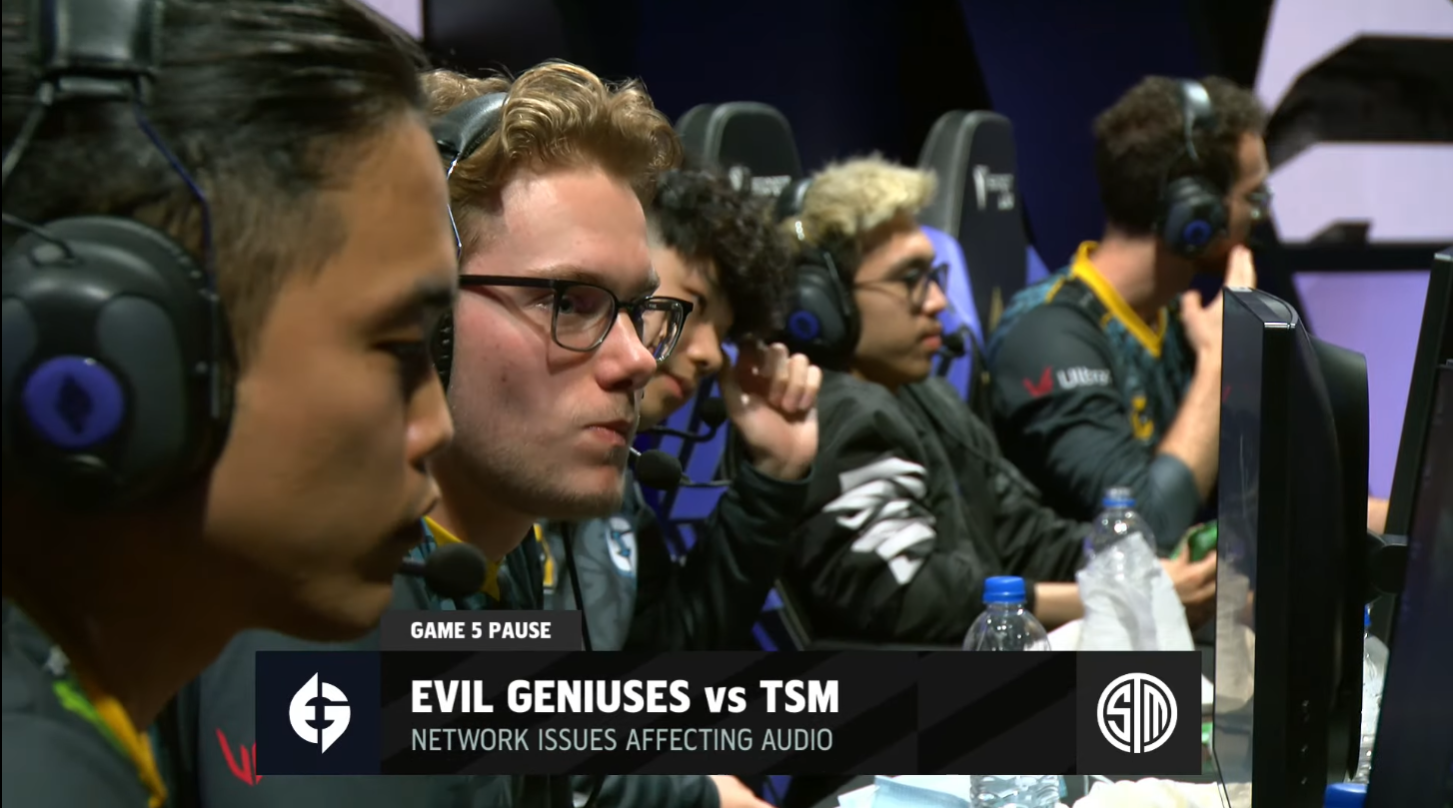 With no in-game audio or player comms coming through their headsets at seemingly random intervals, players from both EG and TSM paused the game over a dozen times across the five games, with seven of those pauses occurring in just the second game alone.

Following that second game, the two teams didnt take the stage for another two hours while LCS audio engineers attempted to resolve the audio issues negatively impacting the series. All the while, EG, who had just knotted up the most important series of their season at one game apiece, had to wait out a grueling delay.

I knew the vibes would probably change, Jojopyun said of the extended break. We mightve taken it less seriously after a long time, or not realize how big the stakes still were, so we had to become focused right before [game three] and get right back in the zone.

According to Jojopyun, EG started their time spent in the delay by talking about as much strategy as possible before running out of things to talk about and eventually shifting to more casual conversation. “It’s not like we can talk strategy for that longother times we would just chill and talk about random stuff, just because we had no ETA on when it was ending or when they were fixing it,” Jojopyun said.

At the end of the delay, the audio issues remained unresolved. TSM and EG decided to play through the problems as they negatively affected both teams and didnt provide a leg-up to one specific side. In the end, EG won the series by a score of three games to two, with each of the remaining games in the series suffering from more pauses.

After discussions with both EG and TSM, the teams have elected to continue to play through the unresolved audio issues as it impacts both teams. The LCS supports their decision and will continue to remain in communication with the teams as the matches progress. #LCS https://t.co/b83cPZUaGU

Their win set them up for a quick-turnaround date with Team Liquid on Sunday, Sept. 4, in another win-or-go-home match.

This next series is definitely very important for us to go to Worlds, Jojopyun said of EGs upcoming match. We werent expecting to go to the lower bracket so soon, we kind of got humbled.

The winner of tomorrows EG vs. Liquid series will represent North America at this years League World Championship regardless of how the remainder of the Summer Playoffs shapes out.