The Spring runners-up have a fire in their bellies.

There is one League series 100 Thieves keeps looking back on every week, one lost battle that has kept them pushing on in LCS 2022 Summer: that lopsided, 30 defeat to a seemingly unstoppable Evil Geniuses in last splits title decider. It is the fuel for their furnace now, Victor FBI Huang says.

It definitely still looms large in my mind, the Australian admits.

100 Thieves had started the Spring postseason on the front foot. After running third in the regular season, the squadreiging champs, rememberblew Cloud9 off the Rift before outlasting Liquid in a five-game epic in the upper bracket.

Then, they had to wait, and watch. Evil Geniuses (themselves victims to TL in the opening round) marched past FlyQuest in four, then piled over Cloud9 and Liquid. 100T figured they were made of different mettle. The 30 trend didnt seem likely in the Spring decider, in their minds. And yet, all the same, the young EG squad turned up, clocked up three wins, and jetted off to MSI in Korea.

FBI, who spoke to Esports.gg following 100 Thieves qualification to Worlds this weekend, pointed straight to the EG clean sweep as the thorn in his teams proverbial side.

Every day in Summer, that defeat in the big dance has pushed 100 Thieves to rediscover their 2021 glory and once-fiery League form. To avoid the same embarrassing fate. And, now than anything, to atone for the Spring slip-up.

FBI said: Having [MSI] taken away in such an embarrassing series, we really want to get that back, as a team. Hopefully, we can face EG in finals and have revenge.

The shock 30 at the hands of the Evil Geniusesand the revenge that may awaitmay be one driving factor behind 100 Thieves push deep into the LCS postseason, but FBI adds the squad has made it a priority to put their Spring slump as far in the past as possible, especially with Worlds coming up fast.

Last split, coming into this split, we had taken a few steps back as a team [we made it our goal] to ramp up over the course of Summer, the Aussie said.

We arent quite there, he added, but we will be a more dominant force. 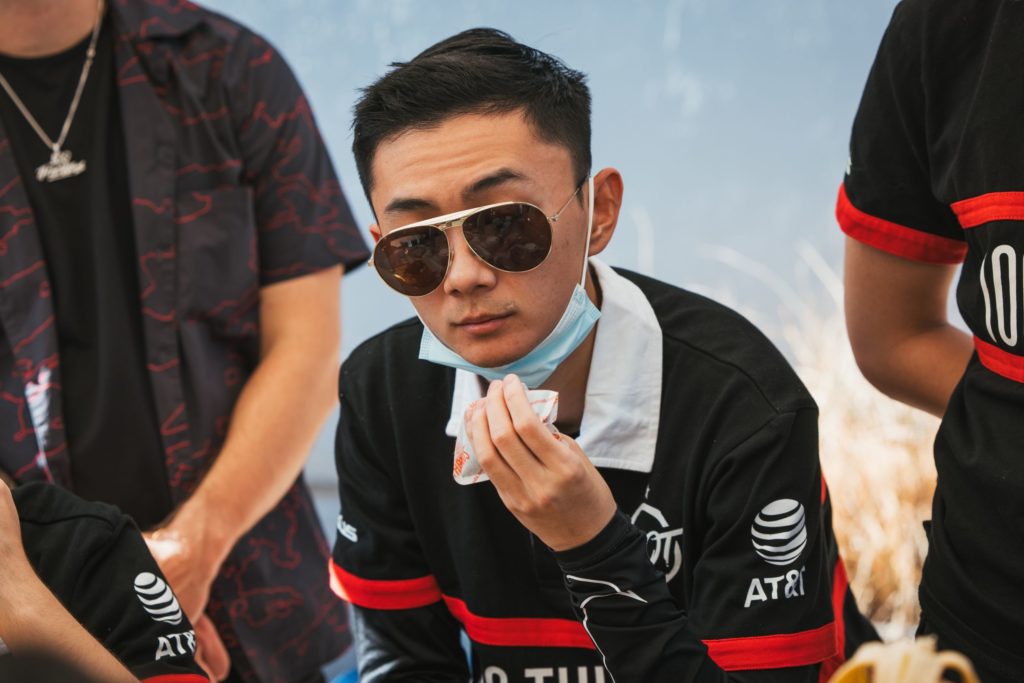 Playoffs are a different beast too, FBI continues: A lot comes down to preparation, I think, since we are now heading into best-of-fives you are focussing on one specific team you have in mind so a lot of it will come down to analyzing how they play compared to the series before and preparing our playstyle off of that.

100 Thieves has already enjoyed a modicum of success in the LCS 2022 Championship, though the job is far from done. FBI and his once-victorious squad earned a week off after beating Liquid (in five again, funnily enough) in round two.

The 2021 champs had claimed a bye straight to the second stage of the upper bracket following a strong 144 finish in Spring.

Now the team braces for a clash in the preliminary final against C9.

FBI has one eye over his shoulder too though. The Aussie sees Evil Geniuses as the team to beatand its not like they havent run the LCS playoffs lower bracket before.