Will TI11 prize pool catch up?

Dota 2 released its TI11 battle pass on September 2 and immediately saw a major spike in players.

The new Dota 2 battle pass comes in two parts, the first being released before The International 11 and the second after the major. The battle pass introduced a lot of new content to the classic MOBA, including tons of new skins and treasures.

Like previous years, the battle pass is seen as a celebration of the biggest Dota 2 event of the year. Portions of each battle pass purchase also go towards the legendary prize pool for the international tournament. This year has become one of the biggest battle passes yet.

Dota 2 has reached its highest concurrent player count in over two years. After the battle pass was dropped, Steamcharts reported a peak of 826,804 players.

Dota 2’s all-time peak was in March 2016, with almost 1.3 million concurrent players. This number has slowly declined over the years, typical of an older game. But the recent battle pass saw the player count shoot back up significantly. The past year has seen the peak player count in the 600K and 700K range. 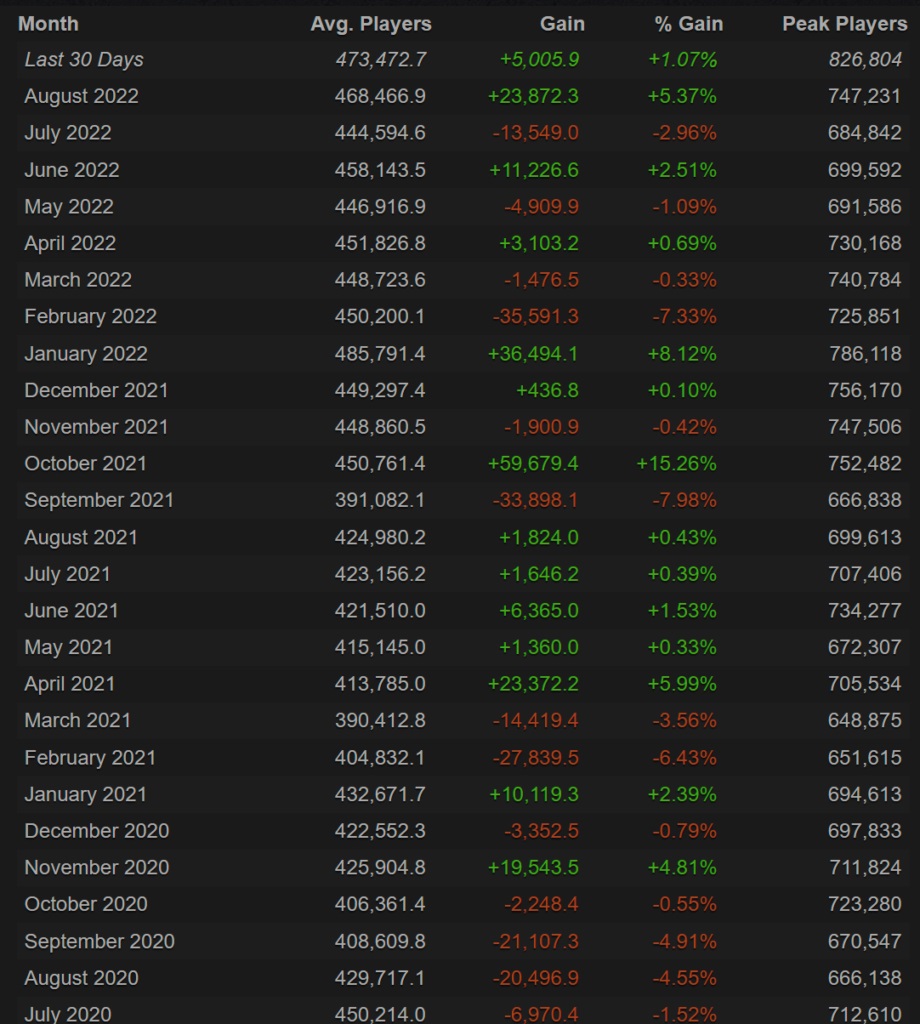 How much is the TI11 prize pool?

Despite the spike in players, The International 11 battle pass hasn’t seemed to raise money at the same rate as previous battle passes. In the first 10 hours, the recent battle pass didn’t reach the $5 million mark, a goal that was reached for the past three years. 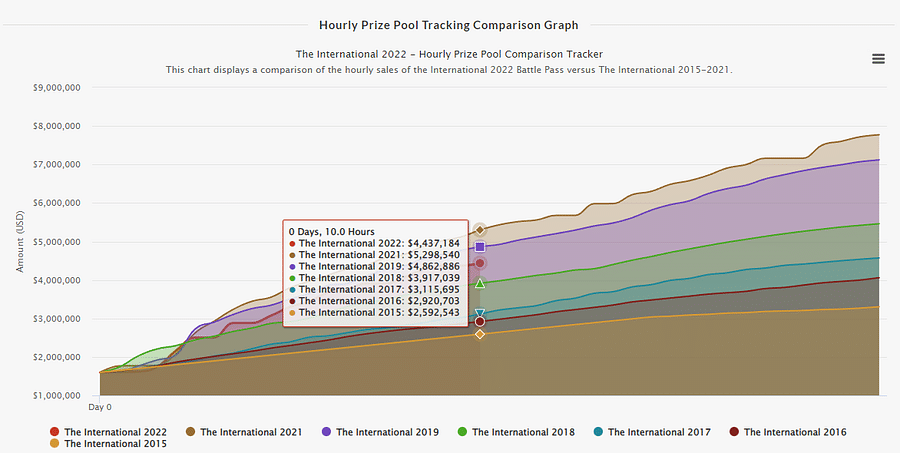 The smaller amount of purchases may be due to the battle pass being broken into two parts. Having to pay for two separate passes may make some Dota 2 players feel stingy. There is still a chance that the current battle pass will continue to grow rapidly and surpass previous years. While its start wasn’t as explosive as in previous years, there is still time before TI11 in October.