Discovered attacks in chess: what they are and how to avoid them?

Do it like they do on the Discovery Channel.

Discovered attacks are a powerful offensive tactic in chess, revealing an attack by moving a different piece out of the way. If it is directed at the king, it is a discovered check. It often combines multiple threats into one move, which, alongside its surprising nature, makes it a devastating tool in any players arsenal.

What is a discovered attack?

Like skewers, pins and other chess tactics, discovered attacks are devastating moves that unleash a significant problem for your opponent, often leading to loss of material or even the entire game. The idea of a piece attacking another in chess is pretty straightforward: now imagine there is another friendly piece in the way, blocking the attack. Moving that piece away is a discovered attack.

If you can establish a new threat with it in the process with the piece youve just moved away, the end result is a bit like a fork: your opponent has one move to deal with attacks on multiple pieces at the same time. It is very rarely possible to do so efficiently, which is why discovered attacks are so powerful in chess.

Discovered checks (and even discovered mates) are also a possibility: in fact, this version of the tactic is even more powerful when the king is the piece caught in the line of fire. This is because it is an even more forcing move, further limiting the victims potential responses. Take a look at the example below, where its the check that devastates Black, who would otherwise have Qxf1+ as a response. 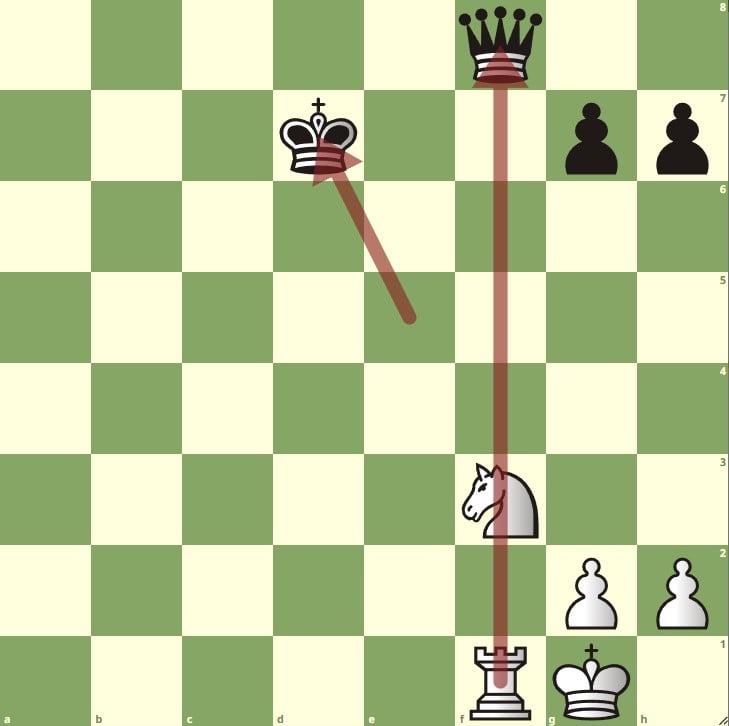 How to spot a discovered attack in chess

Alongside tricky knight moves, discovered attacks are some of the most difficult tactical motifs to spot for an inexperienced chess player. Since you need a bishop, a rook, or a queen to actually deliver the discovered attack itself (though the piece moving out of the way could be anything), getting more conscious about the possibilities brought by having pieces on the same line, file or diagonal is a good starting point.

In most cases, the setup of a discovered attack begins by lining up the actual attack, with multiple pieces still in the way, so if youre aware of the developing threat, you will have an easier time defusing int before it blows up in your face.

Grinding tactics puzzles and consciously improving your visual awareness on the chessboard by working on understanding and spotting tactical motifs is a key part of growing as a chess player, and this remains a part of even the strongest players practice regimen.

Latest comments
No comments yet
Why not be the first to comment?
Featured news
Chess6 days ago