After the surprises of the Spring Split, there are many questions to be answered before EU's teams return to the Rift.

The stage is set, the matches have been decided, and fans will be at the studio gates in Berlin for the start of the 2022 LEC Summer Split. Tension and excitement are mixing together for the start of the second split of the year that will decide the three League of Legends teams who will represent Europe at the 2022 World Championship.

A few hours separate us from the start of the superweek on June 17, but many questions are buzzing in the heads of League fans who, thinking back to the unpredictability of G2 Esports’ result in the Spring Split, are wondering if this Summer Split will bring new surprises.

Three of Dot Esports League writers answered a few of these questions as fans gear up for the start of the LEC’s Summer Split.

Which team is your dark horse LEC championship contender of the summer? 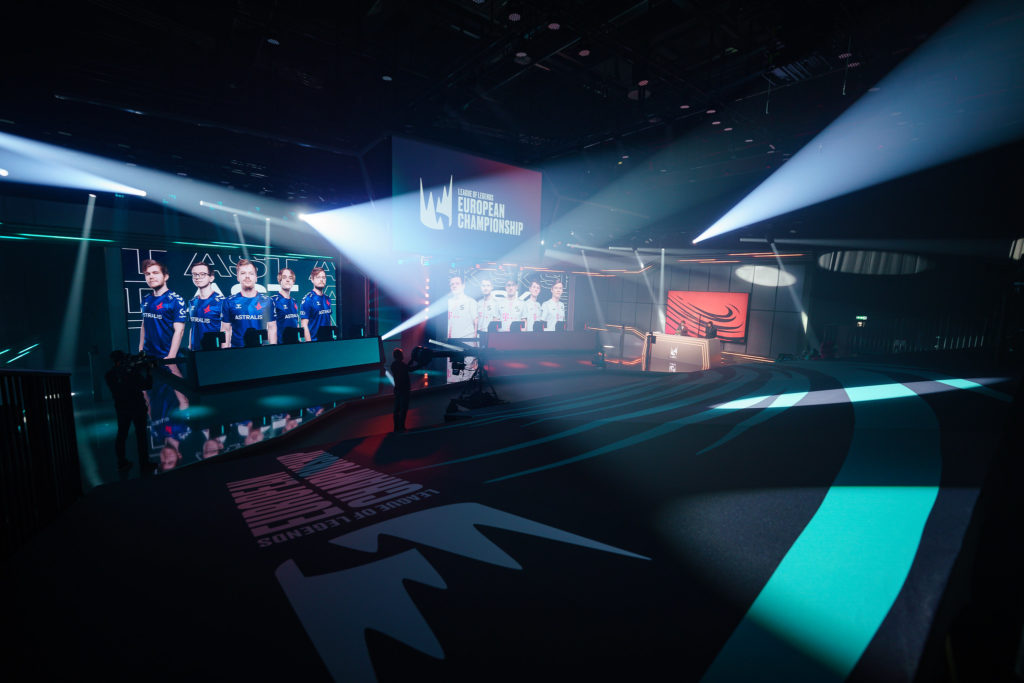 After three years, Excel finally made the LEC playoffs thanks to their hard work and perseverance, along with the addition of Mikyx after the start of the season. Despite bringing a veteran roster like Team Vitalitys to game five, however, Excel dropped out of the playoffs in the first round.

Considering the plausible improvements made by the players during the offseason both individually and as a team, Excel have all the necessary assets to reach the Summer Split playoff stage. They will have to play with confidence and an aggressive playstyle to catch their opponents off guard and maintain a high position in the regular-season standings, though.

After their start as underdogs at the beginning of the Spring Split, and several splits with seventh-place finishes, Excel are finally on the huntand just reaching the playoffs isnt the goal anymore.

Labeling MAD Lions as the dark horses might confuse fans who didn’t tune in to the LEC’s spring season this year. MAD Lions performed exceedingly well during their 2021 season as the champions in the spring and summer, making them heavy favorites moving into 2022. But they lost the likes of Humanoid and Carzzy to Fnatic and Vitality, respectively. After that, they replaced them with Steven “Reeker” Chen and William “UNF0RGIVEN” Nieminen, although it didn’t yield any desired results. They failed to qualify for the 2022 Spring Split playoffs and finished seventh in the regular season.

The Spanish team had multiple concerns during their split, from Armut’s below-par performance and Reeker’s instability in the mid lane, with the latter securing the lowest number of kills (39) among other mid laners in the Spring Split, according to League stats site Oracle’s Elixir. Everything wasn’t entirely doom and gloom, though. Elyoya, Kaiser, and UNF0RGIVEN had phenomenal personal splits, but they couldn’t perform well enough to push their team past the finish line.

Moving into the Summer Split, MAD let Reeker go for ex-Fnatic mid laner Nisqy to fill the void Humanoid left. With his experience, he could be the last puzzle piece in the team’s chaotic combinations to bring balance and stability to the squad. MAD Lions will look to surpass their former expectations and dominate the European stage again this summer.

Last season, Misfits Gaming watched as two of their young stars etched their names into the LECs history books. Jungler Lucjan “Shlatan” Ahmad locked in the Rookie of the Split award for himself while the teams 19-year-old phenom Vincent “Vetheo” Berrié took home the MVP award for the spring. But these individual accolades ended up being consolation prizes for the duo since the teams lack of experience led to an early exit in the playoffs.

This summer, Europes band of lovable Misfits will need to turn up the heat if they wish to challenge the upper echelon of the LECs best teams. They might have finished third during the regular season, but after the resurgence of G2 and revitalizing breaks for teams like Vitality, Fnatic, Rogue, and MAD, Shlatan and Vetheo must level up even further to will their team to the finals. They have the individual skill, but it will be their ability to adapt and innovate with strategies that could drive them to the gold.

Who wins MVP of the Summer Split? 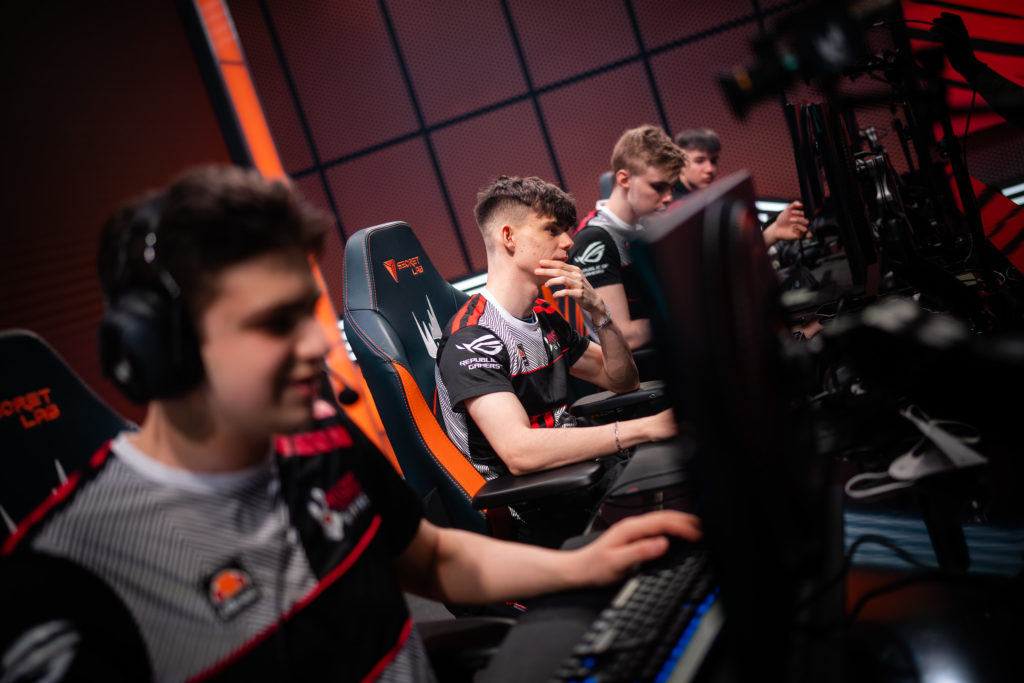 Despite not coming through during the playoffs, Fnatic had a great start to the year. The veteran-stacked roster performed dominantly in the majority of their matches, making the addition of two players to such a cohesive team look like a piece of cake. And the key component of this roster is its support, Hylissang.

Through ups and downs, Hylissang is always there and in the right place at the right time. His presence is overwhelming in lane, especially on some champions that can even make him look scary for a support. He is a complete player and his presence is valuable not only in-game but also as a cornerstone of the team. Over his many years with Fnatic, the Bulgarian player has been a constant and is now an established presence in the European League scene.

Obviously, the MVP of the Summer Split will be judged on the player’s performance during the regular season by the experienced eyes of industry experts. But we can imagine Fnatic’s unbridled desire to reach Worlds is enough to rekindle “the professor’s” desire to go beyond his own limits.

Caps, or should I say “Claps?” The veteran mid laner for G2 has always been in the discussions for the “greatest of all time” title among European mid laners, all for the right reasons. He has been the backbone of the most successful G2 team, which won MSI 2019, and in that tournament, Caps was the MVP for the team. Whenever the 22-year-old starts performing at his best, G2 hit the jackpot and the team looks fundamentally strong on paper. This year, Caps has been returning to his prime form after a slight dip in his performance.

Caps had the highest number of kills (76) during the Spring Split playoffs and his impeccable form was one of the reasons G2 made a miraculous lower-bracket run to clinch the title. His ability to understand and adapt to the match’s tempo makes him an irreplaceable asset to the team. Add in a sprinkle of solid form and smooth outplays, and the team has the potential to turn any bad situation in their favor. Caps’ phenomenal form continued at MSI 2022 as well, where he had the second-most kills just behind Xiaohu, making his presence felt on the international stage.

Caps continues to dominate other mid laners through his wit and adaptability. There should be no doubt in his ability to be crowned the MVP of the Summer Split.

The pride of Europe has found a new leader with former Fnatic mid laner Nisqy joining the roster after a split away from pro play. And yet, it’ll be their energetic young jungler who could be the most valuable player in the league.

Javier “Elyoya” Prades Batalla has been one of the most explosive junglers in the league since he joined last year. And with a player like Nisqy alongside him, the Spanish star could have a great split. The veteran mid laner has a supportive playstyle and is willing to play champions like Twisted Fate, Ryze, and even Seraphine to roam around and help out his teammates in early-game skirmishes.

If Elyoya is getting backup from one of the better mid laners in Europe, his aggression could be enabled even further, especially if he knows he has Nisqy to provide more crowd control and damage from over his shoulder. Even still, the 22-year-old star is flexible enough to play multiple styles and will be a lynchpin for MADs success from the start of the season to the playoffs.

Which teams make it to Worlds? 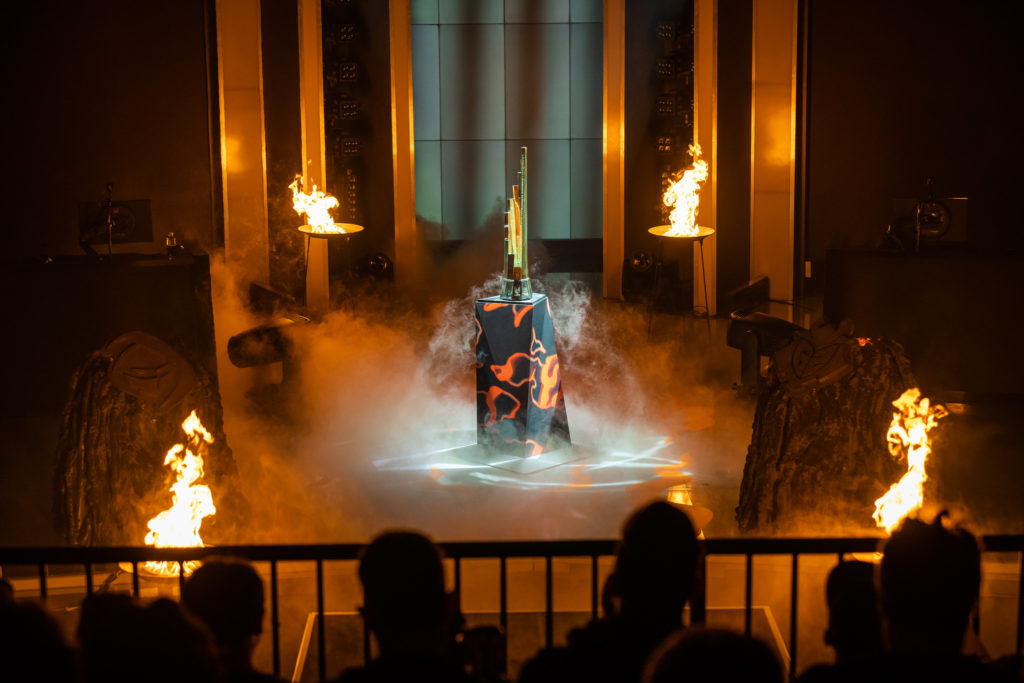 Its difficult to imagine a World Championship without G2, Fnatic, or Rogue this year. Looking back at only this most recent Spring Split, it’s not hard to understand why these three teams have been a constant fixture at Worlds.

As the season progressed, G2’s players became accustomed to each other and grew immensely in the span of a few weeks, winning the LEC trophy for the ninth time and making it to MSI. With the arrival of the summer, fans expect their talent and prowess to bloom fully.

Fnatic also underwent some changes during the first offseason of the year. But the synergy among the players was quickly found, and the cohesive and consistent performances League fans expected from Fnatic were delivered.

The start of 2022 also saw changes in the Rogue house, which maintained the stability of being the top-ranked team in the regular season. Unfortunately for fans, they once again failed to achieve the same success in the playoffs, finishing on the podium but without the trophy in hand. Rogue’s growth and dedication have taken them from a perennial seventh place to a stable spot on the podium, and the consistency of their performance could once again get them a ticket to the World Championshipperhaps even the European trophy.

The European contenders for Worlds will be G2 and Fnatic since both squads have proved time and time again why they are considered the best organizations in the LEC. It would be no surprise if these two teams are at the top of almost every European fan’s list of who will grab a ticket to Worlds this year.

The third choice is tough to make considering the fierce competition in the Summer Split. Teams like Rogue, Misfits, Vitality, and MAD Lions all make for solid prospects for representing Europe on the international stage. They all have a ton of experience and synergy among their ranks to make it work at the top. I would stick to my dark horse pick, MAD Lions, simply because they are a reliable squad. They have made it to the top in the past and will be hungry to perform and win this split. Therefore, if their redemption arc lands, it should result in quite a few upsets this season.

There are only a few things guaranteed in life: death, taxes, and G2 vs. Fnatic. This year, the rivalry has grown even stronger after Europes resident samurais destroyed the competition through the lower bracket of the Spring Split playoffs. Fnatic are sure to come back with vengeance on their minds after they were thoroughly washed by G2s superior teamfighting in their second matchup in the postseason, which should make for a tight race at the top for the first two Worlds slots.

Meanwhile, MAD Lions have finally found a consistent, experienced leader for their team after they parted ways with Humanoid at the end of 2021, which should make them a dangerous challenger for a spot at Worlds as well. Nisqy has been to two Worlds with two different teams and has a ton of experience at the highest level in both the LEC and LCS. His knowledge will be key to helping this team find their path to greatness, and if they can build a strong bond on and off the Rift, the Lions could be making their way back to international play.

Katarina is getting changes to her Q, R, and passive in League Patch 12.12b