Will Crypto make an impact in Apex Mobile?

Apex Legends Mobile‘s new season is almost here. Hyperbeat is finally bringing Crypto to the mobile version of he Apex Games along with a new ranked split, new events, and gameplay updates. Hyperbeat is kicking off Aug. 23, which is just a few days away.

The most exciting update is another familiar legend joining the ever-expanding roster, as Crypto has joined the dangerous Apex Games to clear his name. Formerly Tae Joon Park, Crypto escaped a “life of squalor” by becoming a computer engineer for the Syndicate. But when he stumbled upon an algorithm that could predict the results of Apex Games matches, Crypto was forced into hiding, framed for the murder of his foster sister who had disappeared.

Crypto isn’t a very popular pick in Apex Legends, but may have a chance in Apex Mobile thanks to his intel-gathering abilities. Crypto uses a drone to spy on his opponents while remaining unseen himself. 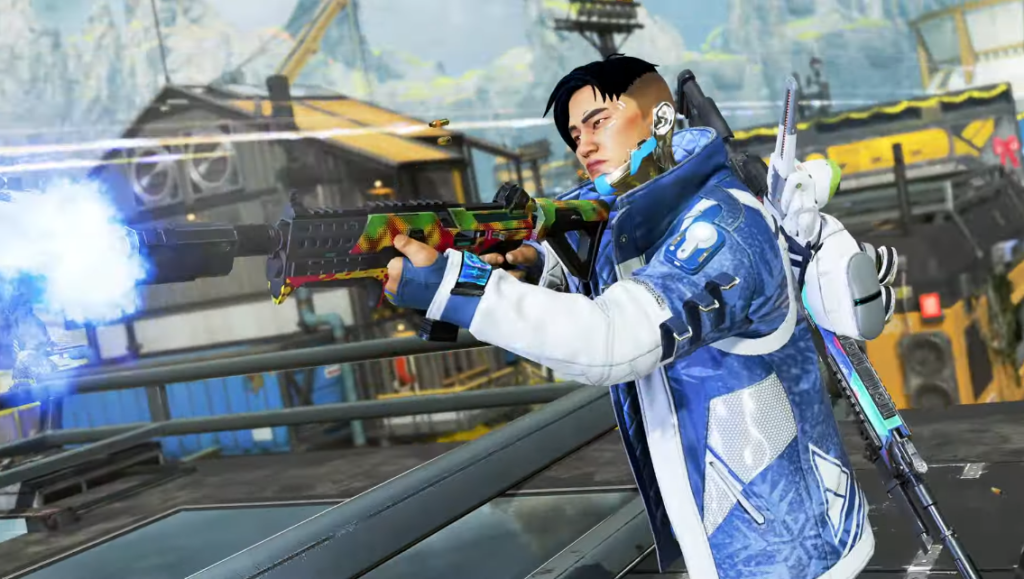 While Crypto’s kit is quite similar to the original PC version, there are some changes made specifically for mobile gameplay.

Crypto’s passive is Neurolink. Enemies spotted by his surveillance drone are marked for your entire squad within a 30 meter range. His tactical is Surveillance Drone, detecting enemy squads and hazards on the battlefield. Exclusively in the mobile game, Crypto’s drone can automatically follow him while he moves around, tracking enemies at the same time. Cryptos ultimate is Drone EMP, allowing him to deal shield damage and slow enemies while disabling the opposing team’s traps.

Self Destruct: Destroyed drones explode after three seconds, slowing and damaging enemies caught in the blast.

System Scan: Your drone reveals an enemy’s HP and armor after three seconds of scanning.

Shut Down: Your Ultimate also damages HP, but cannot kill an enemy.

Lag Bomb: Your drone can launch an EMP bomb that slows and deals damage.

Restart: Using your Finisher instantly repairs your drone or reduces your Ultimate’s cooldown by 30%.

Interrogator: Using your Finisher reveals the location of your target’s squad on the mini map.

Hyperbeat is introducing Pythas Theater to Kings Canyon. Players have to fight their way through Rhapsody‘s POI-altering song to claim rewards.

The other big change to Kings Canyon is the addition of VIP supply bins that contain VIP passes for special access to powerful gear.

Hyperbeat is also bringing an update to ranked and adding additional Ranked Rewards. Your rank will be reset, so you’ll need to climb to the higher ranks to get the new rewards. The new battle pass is also coming with the new season, bringing new cosmetics for Lifeline, Mirage, Pathfinder, and a collection of weapons, according to the official Hyperbeat patch notes. 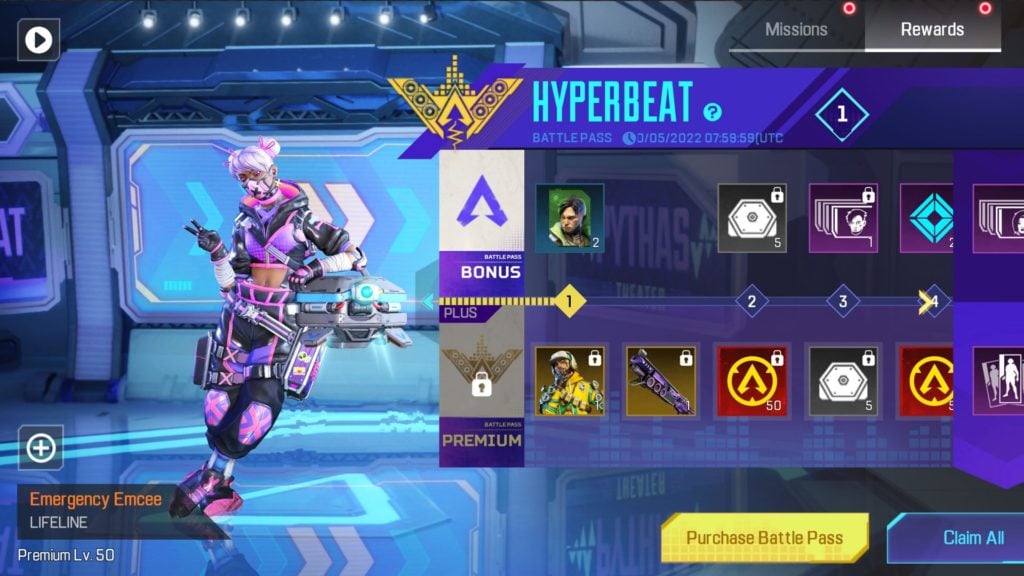 Players can drop into the newest version of Apex Mobile when Hyperbeat releases on Aug. 23.

Latest comments
No comments yet
Why not be the first to comment?
Featured news
Apex Legends13 hours ago