Cloud9 brush off FlyQuest in fifth-place tiebreaker, will face CLG in LCS Championship opening round

The teams finished with the same record in the regular split, but you wouldn't know it from this game.

The playoff field for the LCS Championship is finally, officially set. Cloud9 finished the 2022 LCS Summer Split in fifth and bumped FlyQuest down to sixth with their tiebreaker win on Sunday night. 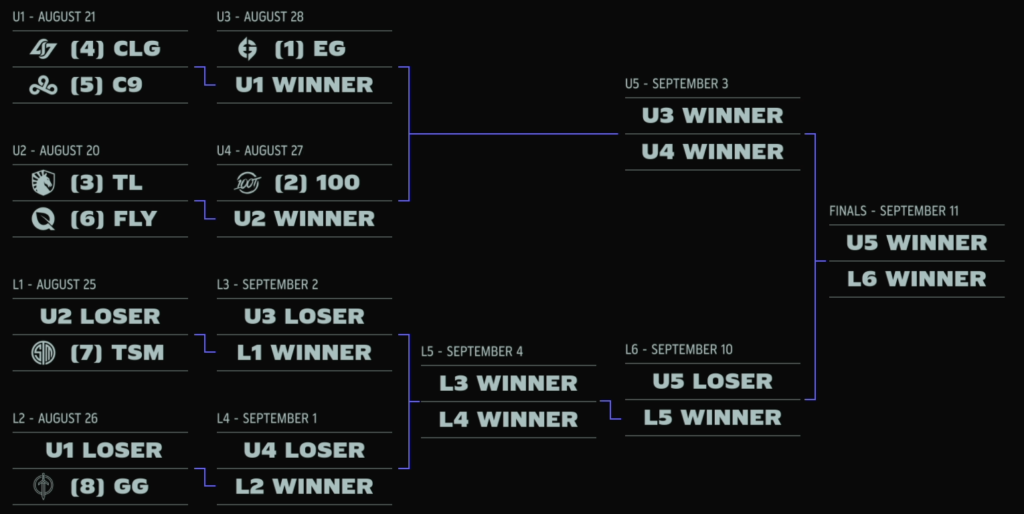 The win felt as methodical and predetermined as a win can feel on the professional stage. Kills before and after four straight dragons, two Rift Heralds, and a Baron all secured by Cloud9 en route to an Infernal Soul culminated in a sub-30-minute-win-shaped bow atop a tumultuous split for the staple North American League of Legends org.

Across the professional League world, Zeri, Yuumi, and Sivir have become the proverbial poster children for the meta as a whole. Berserker and Zven, Cloud9’s bottom lane duo, used it alongside top laner Fudge’s Gwen to leave little doubt as to the terror the picks could cause in talented hands.

That’s what Cloud9 does have in spades despite scrapping for fifth place on the final day: talent, arguably more than almost every team in the LCS. If there’s anyone that can upset the seemingly pre-determined top three of Team Liquid, 100 Thieves, and Evil Geniusesand swipe a Worlds slot awayit’s absolutely Cloud9.

For FlyQuest, the game felt like a microcosm of the split for the org with the feel-good branding and likeable players trying to carve their names into the LCS’s elite, especially with perennial contender TSM having the eventful split it has had. They were close and they gave it their best shot, but a glaring talent difference proves to be too large a gulf to overcome for the boys in green.

The LCS Championship kicks off next Saturday, Aug. 20 at 3pm CT. Tiebreaker winners Cloud9 face off against Counter Logic Gaming, while FlyQuest will take on Team Liquid. The losers of both matches will find themselves in the losers’ bracket alongside Golden Guardians and TSM.