NA has two representatives in the top eight.

China had a highlight showing during day two of the Gizmos & Gadgets Teamfight Tactics World Championship today, and North America also carved its spot in the competition tomorrow.

Day two featured six games, with eight players advancing to the playoffs. Set 6.5 Sivir Striker and Scrap builds continued to get heavily played during the second day of the Gizmos & Gadgets World Championship, along with other comps like Twitch reroll, Tryndamere reroll, Ashe reroll, Arcanist, and Syndicate. Heading into the sixth game of day two of TFT Worlds, LiuLi and LiLuo from China were all locked in to advance onto the day three playoffs.

Also having strong showings during the second day of the TFT Gizmos & Gadgets World Championship were Ddudu from Korea and TXE from OCE. Representing the Oceania region, TXE finished second overall on day one and wrapped day two with a third in overall points standings.

Game six was a dealbreaker for the EMEA region with a sixth-place finish from Ginggg, dropping him from the top eight and leaving EMEA without any representation at the TFT Worlds playoffs. North America took advantage of the low placement from Ginggg, with Guubums and Goose advancing to day three thanks to top-four placements during game six.

The LATAM region will have Altenahue representing them during day three, finishing in fifth overall during day two after just making the top-16 cut on day one. And Korea has another representative on the final day of the Gizmos & Gadgets World Championship via Woozzu, who despite a slow start during day two, finished strong to take the eighth place overall for the day. 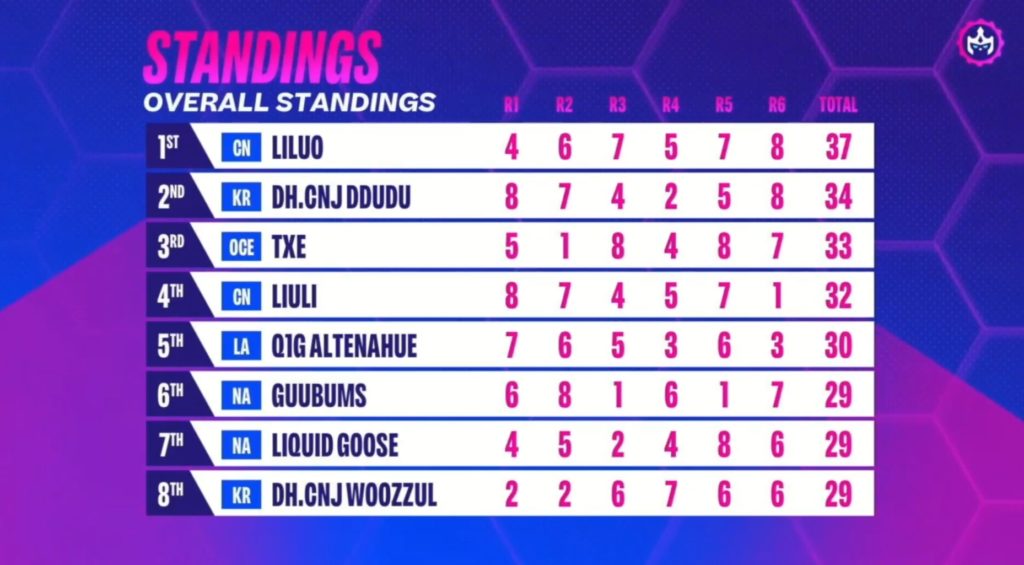 Here are the top eight players from around the globe advancing to the third day of TFT Worlds:

Coverage of day three will start at 4am CT via the Teamfight Tactics Twitch channel. Only one player will earn the title of the Gizmos & Gadgets World Champion.