Champions of Champions CS:GO circuit to distribute $3.4 million prize pool between 2022 and 2024

The global tour will begin in June 2022 with online events and finish in January 2024 with an international LAN final.

The circuit is called the Champions of Champions Tour (CCT). It will start in June 2022 and feature 44 online cups, 11 LAN finals, and a global final that will take place in January 2024 and be the circuit’s final act. GRID will act as the circuit’s commissioner for the other tournament operators, providing data management, while its partners will be in charge of the broadcast, production, operation, teams, and talent members. 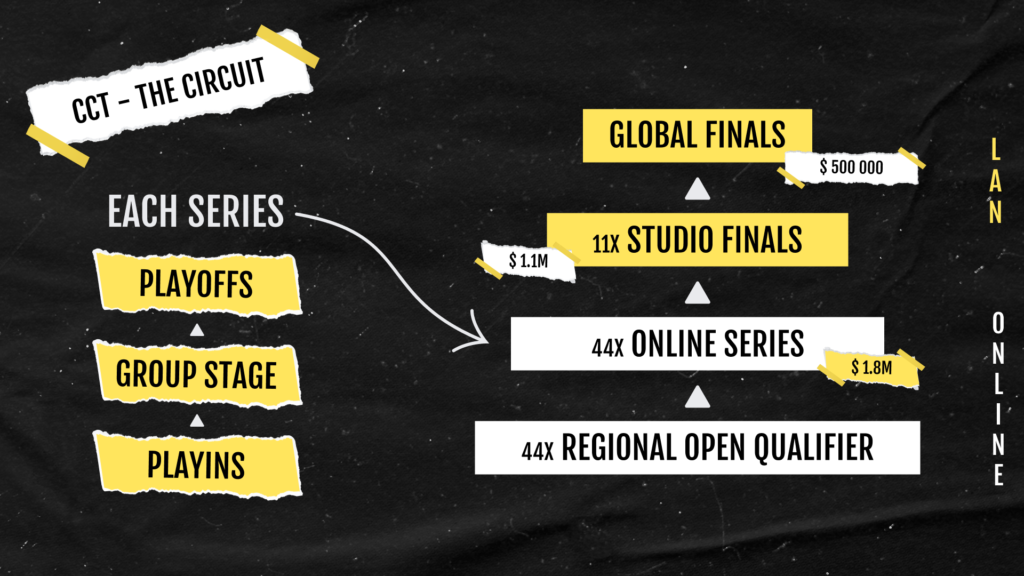 Our mission is to build into the ecosystem of professional Counter-Strike across multiple tiers,
providing an opportunity for emerging, regional esports talent to prove themselves and shine,” GRID’s COO Tom Warburton said. “We are excited to partner with leading esports partners worldwide to enable sustainable growth of the scene and support the professionalization of our industry as a whole.

The online stage will begin in June 2022, while the studio events kick off in February 2023. CCT will run regional tournaments in each region with its own open qualifiers. Teams will gather points during their online and LAN showings that will ultimately decide who attends the LAN finals in January 2024.

More details about the exact structure of the tournaments will be revealed in the coming weeks, according to the organizers of CCT.

Latest comments
No comments yet
Why not be the first to comment?
Featured news
Counter-Strike13 hours ago