It isn't magic, but its impact on the battlefield will be.

Catalyst is the newest legend coming to the Apex Games in Apex Legends 15th season, Eclipse, which launches on Nov. 1. With a mastery over ferrofluid that borders on mystical in its theatrical presentation, Catalyst provides a unique defensive kit for players to use with versatile potential.

Catalyst is all about controlling the battlefield with her abilities, according to Respawn game designer OT Harrison, who spoke about the new characters kit at a recent press event. Like the defensive legends before her, Catalysts abilities revolve around a combination of fortifications and traps that give players opportunities to proactively or reactively turn the tide of any battle.

The foundational elements of her gameplay style will feel comfortable for players already familiar with other legends in the same role, but a few key features exclusive to Catalyst create a powerful place for her in the current Apex meta.

Catalysts passive ability allows her to reinforce doors with ferrofluid, either strengthening them or rebuilding them entirely if the door has been previously destroyed. This is achieved through a simple extra button prompt available in doorways, and up to two doorways can be reinforced at any one time. The doors will remain reinforced until destroyed or if Catalyst reinforces a third doorway.

The fortification makes doors require twice as many melee hits to be destroyed, and they can no longer be opened or closed by anyone other than the Catalyst and her team. Legends with door-breaking abilities like Mad Maggies Wrecking Ball or Ramparts Minigun can still destroy the reinforced doors quicklymaking them an effective counterbut players will otherwise have a difficult time getting through.

Like her tactical and ultimate abilities, Catalysts passive offers opportunities to safely move positions, strengthen the current one, or recover from a previous fight. Much of how she controls the battlefield boils down to her ability to facilitate safer rotations and healing opportunities in Harrisons eyes, with those same abilities in the right hands having enough crowd control to act as great aggressive options too. 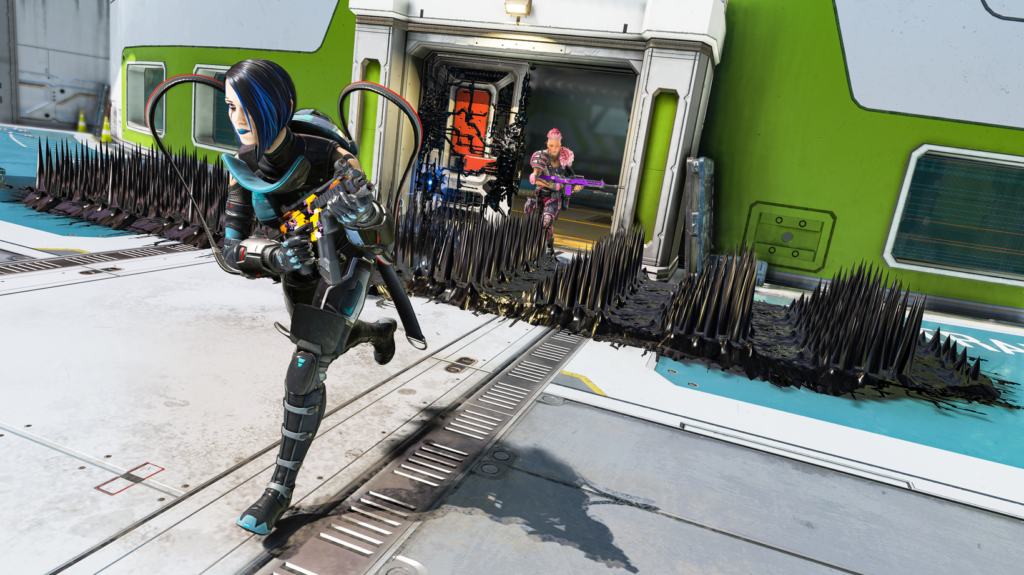 Catalysts tactical ability, Piercing Spikes, allows her to deploy a patch of ferrofluid on the ground. This ferrofluid is mostly inactive until an enemy player comes within close proximity, which prompts the ferrofluid to transform into a carpet of spikes. These spikes can both slow and damage any enemies passing through them. But similar to Caustics gas traps, they wont affect enemy Catalysts.

The spike trap will be a bit harder to counter than other abilities like it, though, since the ferrofluid is only vulnerable to damage when the spikes are out. This means that enemy players wanting to clear out Catalysts tactical will need to get up close and personal with it, a destructible ferrofluid core being revealed when the otherwise docile black liquid transforms into its active state.

Piercing Spikes stronger defense against being destroyed, along with the fact the ability can be cast from a fairly good distance as a projectile, means it can be a good initiator as well as a defensive resource, Harrison said. 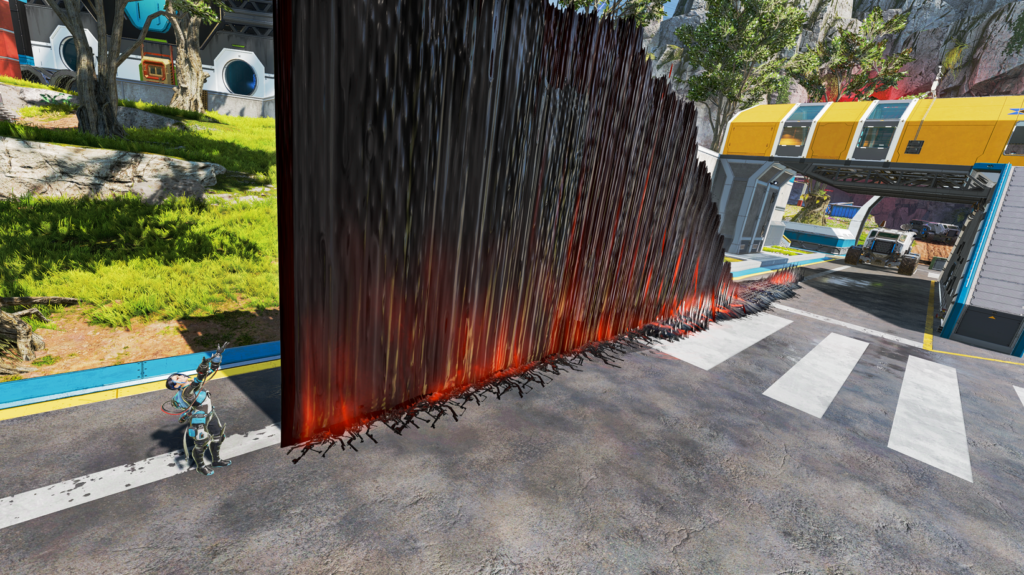 Catalysts ultimate ability is, in its simplest form, a towering wall of ferrofluid that she can summon on the battlefield. That wall is opaque but permeable, meaning players can walk, shoot, or drive through it at will, even if doing so comes at a cost to Catalysts opponents. Enemy players passing through the veil are both slowed and partially blinded for a few seconds, leaving them vulnerable to anything waiting on the other side.

One of the biggest appeals that Catalysts ultimate will have in the current state of Apex is its ability to also block most scanning abilities in the game. According to Harrison, the likes of Bloodhound or Seers tacticals cant see through the ferrofluid wall, meaning that theres no way to gain information on anything beyond the veil outside of risking traversal through it. It wasnt explicitly stated whether it also blocks vision from their ultimate abilities, although it’s fair to assume since the launch trailer cinematic did highlight the wall blocking Seers Exhibit.

Its a great tool for splitting up the battlefield, Harrison said. For getting that extra bit of safety during a rotation or when pulling off a clutch heal or revive.

Characters with mobility tools like Horizon can still find ways to push around or over the wall, but in the majority of fights, Dark Veil provides the additional temporary protection necessary to make an escape or revive thats otherwise impossible.

With Catalyst being one of the most intensive legends released when it comes to visual effects, its no surprise one of the first questions to come up concerns the visual indicators for friendly versus enemy versions of the same ferrofluid-based abilities in a fight.

Fortunately, Respawn assured us that all of Catalysts abilities come with additional colors to highlight whether the spike trap ahead of you is friend or foe. A splash of blue in the black liquid will denote friendly use, while red will warn you that its an enemy ability, as is tradition. Whether or not these colors are affected by colorblind settings remains to be seen.

You can hope to master all of this when Catalyst releases with Apex season 15 on Tuesday, Nov. 1, alongside the new map Broken Moon, the introduction of stickers, and a new battle pass to grind.