Cameos, chaos, and more Cerberus: Everything we want to see in Hades II

The sequel opens the door for more of everything we loved from the original.

Rogue-like fans and Greek mythology nerds everywhere celebrated during The Game Awards on Dec. 8 when Supergiant Games announced its first-ever sequel, Hades II. Capitalizing on the ridiculous success of the original indie darling, the next game will follow another child of Hades and Persephone as she seeks vengeance for her mythological family.

Small snippets of Melinoës adventure were shown in the trailer and, thus far, Hades II looks exactly the way it shouldlike an extension of the previous game with a slightly different style. More gods and new levels made lightning-fast appearances, making us wonder about the possible breadth of the sequel.

In all honesty, Supergiant Games could deliver us Hades with a new coat of paint and wed be completely happy. Since its the season of wish lists, though, here are a few of our biggest hopes for the upcoming sequel.

Everything we want in Hades II

Supergiant Games has always been known for rich storytelling. That shouldnt change for this title, even if its an extension of an already-existing universe.

Hades rose to instant classic status not because of its relatively simple game cycle, but because it soared above expectations in all other avenues.

With top-tier dialogue, compelling drama, and characterization that dragged you in like the Styx, the little details made Hades as wonderful as it was. If nothing else changes, Hades II opens the door for another story to ensnare us.

There is, however, the opportunity to go bigger: the threat of a full-scale war between the gods was often dangled over our heads by Hades himself in the first game. Though the original story (rightfully) dealt with the more personal side of the Underworld, the sequel could deliver on that lingering danger. By panning to Melinoë and the surface, the writers have a valuable chance to show just how large the conflict is.

Its basically guaranteed Zagreusthe hero of the first game and Melinoës brotherwill make an appearance in the sequel.

Whether hell aid in his sisters battle or accidentally become an obstacle as the Underworlds one-man security system is yet to be seen. Either way, his commentary on everything thats happened since the Hades epilogue is extremely necessary.

Other characters from the original title are also begging for cameos. We try not to make assumptions on a single appearance, but judging from the Hades II trailer, Apollo looks insufferable in the best way possible. Artemisone of the best characters from the first gameneeds to be around to zing him back into some semblance of humility. 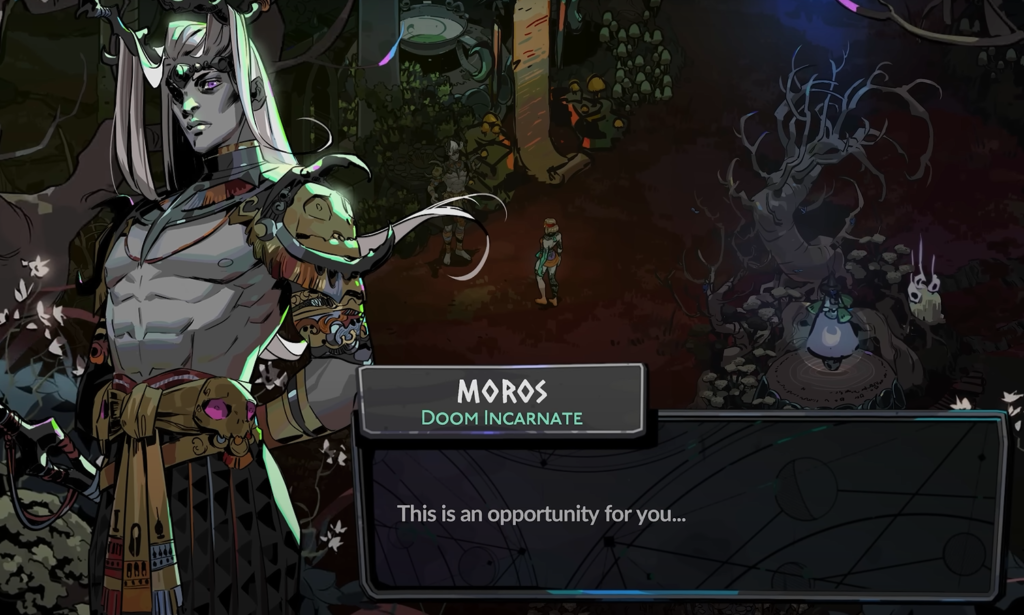 Two characters that appear in the Hades II trailer, Moros and Nemesis, are more of Nyxs children, as far as mythology is concerned. Moros, in particular, appears to be a more chill version of Thanatos, the god of death and one of Zagreus lovers. We can tell theyre brothers because they have the exact same washboard abs. Looks aside, we absolutely need Hypnos to awkwardly interact with as many of his siblings as possible for maximum comedic relief.

Large studios are slowly catching up with the indie world when it comes to representation, but Hades was thrust into the mainstream partially because of how it handled romantic relationships. Not only did the original game involve Zagreus romancing two genderswith zero shame or hang ups about that factbut the situation veers into polyamorous territory when he realizes he doesnt have to choose between them.

One of the most compelling storylines in Hades was the heartbreaking love story between Achilles and Patroclus, handled with the grace and sadness it deserved.

As a bonus, one of the games most important chthonic aides is solely referred to with they/them pronouns and not a single character blinks an eye at this fact. 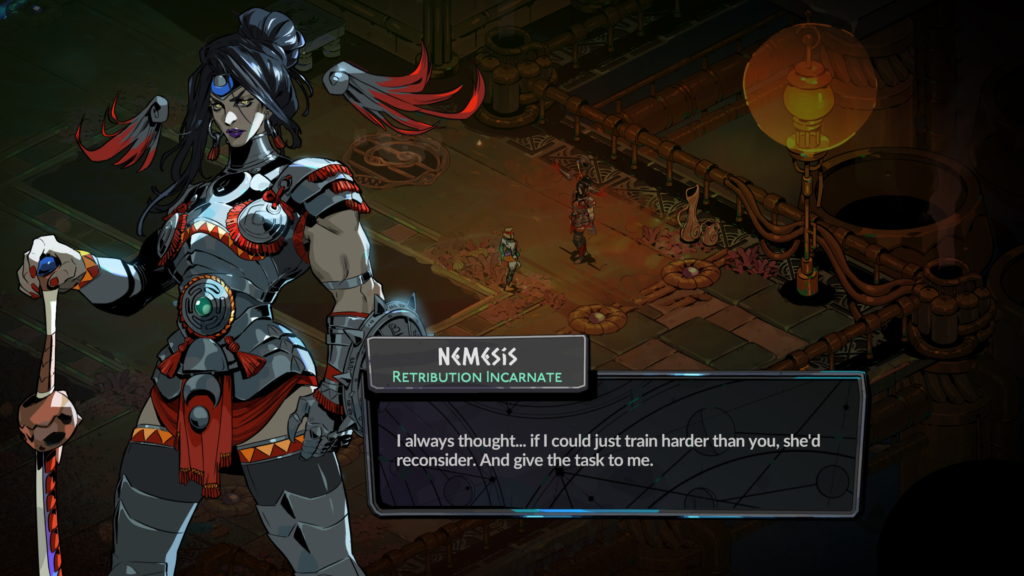 Ideally, we hope this trend is pushed even further in Hades II. Considering fans are already shipping Nemesis and Melinoë after about two seconds of screen time, were pretty sure Supergiant already knows the power they hold in this regard.

Opportunities to pet the dog (and frog)

Eagle-eyed fans noticed Melinoë was able to pet her tiny frog friend, immediately elevating the game in the eyes of everyone who wants to pet tiny pixel animals.

One of the best parts of Hades was the ability to pet Cerberus, the fluffy guardian of Hell, as often as you wanted. If we can somehow pet the dog, the frog, and other animals in Hades II, itll be an instant Game of the Year candidate.

A focus on failure

One thing that set Hades apart was a core mechanic most other games would balk at: failure was success. Each time Zagreus failed his journey to the surface, he had the opportunity to regroup and get stronger.

Not only was this encouraged, it was often necessary.

Some character interactions and opportunities for progression only appear after a certain number of failures.

Where most titles shove you toward success and 100 percent completion at light speed, Hades demanded patience and tenacity. Beyond all of the flashy mechanics like specific godly interactions and advanced boss fights, the one piece Hades II needs to borrow from its predecessor is this focus on failure and rising above.

Luckily, the trailers initial fight scene showed Melinoë being helped up by her mentor, Hecate, after a solid defeat. Instead of being chastised, shes encouraged to go out into the world to try again. This shows the sequel is hanging on to its core thesis: the important thing isn’t how many times you fall, it’s how many times you get back up.

We hope to see more of Hades II soon, but Supergiant Games already noted that early access will be announced at a later date, some time in 2023 next year.