The game's best assault rifle has been improved.

Well, Sledgehammer rectified that variation with today’s update. As of right now, the Automaton now has a base magazine size of 30. This has not seemed to alter any other magazine attachment available on the AR. 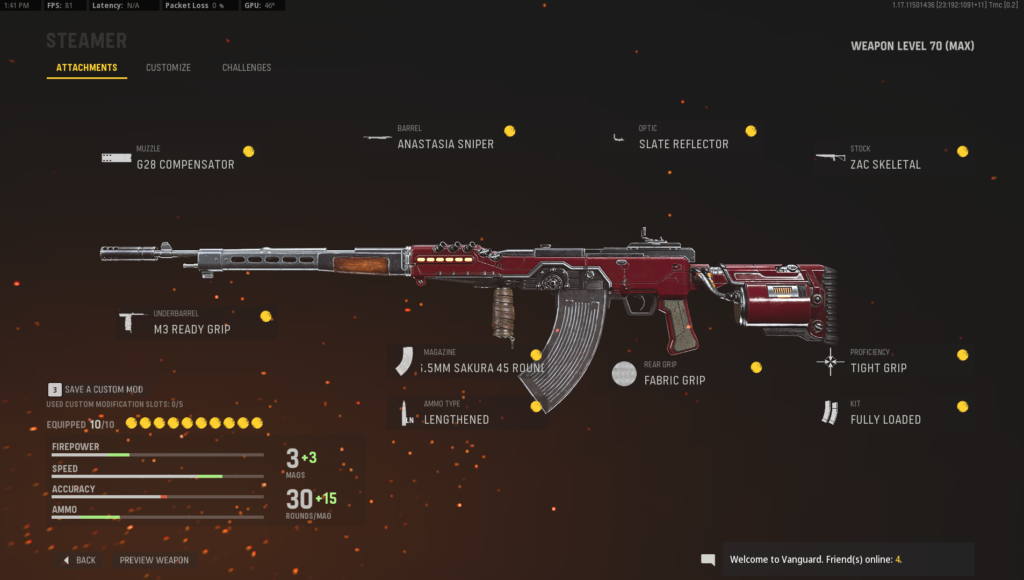 The Automaton with its newly updated magazine size

This change could affect the competitive landscape for Vanguard quite drastically. Previously, professional players who run the Automaton would have to reload after getting in one or two gunfights. With five extra bullets in each magazine, though, they don’t have to worry about reloading quite as frequently. This change makes the Automaton even deadlier on the map, as the 25 bullet magazine was the Automaton’s only real weakness.

This change to the assault rifle likely won’t affect its competitive loadout at all. Every magazine attachment for the Automaton is banned in Ranked Play and the official CDL playlist in private matches, so there won’t be any alterations there. As for the rest of the attachments, having a larger magazine size doesn’t change any other pertinent stats. The most recent top-rated loadout for the Automaton is as follows:

This change to the Automaton will play a factor in this weekend’s CDL Major III Qualifier matches, as players should play their matches on this most recent update. How the new magazine size for the Automaton will change players’ strategies remains to be seen.