Another day, another set of Warzone 2 leaks.

Call of Duty leaker Tom Henderson has revealed a mock-up image of the playable battle royale map in the upcoming release of Warzone 2.

Henderson’s new post on TryHardGuides claims that he’s seen the Warzone 2 map, and the mock-up image is his depiction of what it currently looks like, featuring a general idea of the map’s layout, including some rivers and roads, and the locations of named points of interest. 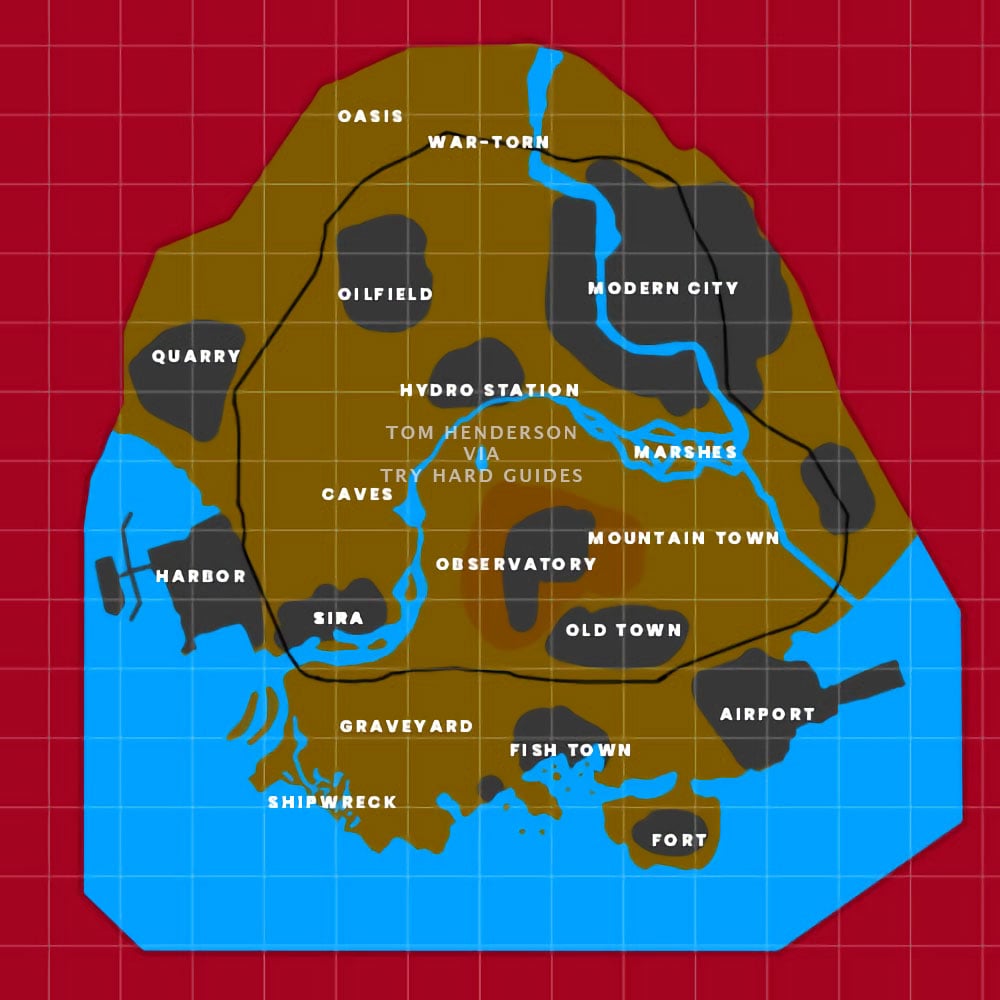 “As shown, the Warzone 2 map features a decent amount of water which is because Warzone 2 will introduce a swimming mechanic into the Warzone series for the first time,” Henderson said. “Of course, a basic map drawing does not give justice to the scale of the map, but from my impressions it does seem bigger than that of Verdansk and Caldera, especially considering if the grid reference is accurate.”

In previous leaks, Henderson has said that classic Call of Duty maps make up several of the locations. He said that Highrise is found in Modern City, Quarry is at Quarry, and Terminal is found at Airport.

“It has been suggested that the entire map will not be playable all at once for the DMZ, instead, it seems that only portions of the map will be playable as sub-levels,” Henderson said. “Theres still a lot of mystery still surrounding the DMZ, but with Warzone 2 leaks revealing a new armor system, bag system, and even strongholds guarded by AI, its not hard to see how these Warzone 2 features and map could be used for the DMZ.”

Activision revealed yesterday that Modern Warfare II will be released on Oct. 28. The new Warzone does not have a release date scheduled yet.