Rookies and veterans will represent NA at Worlds.

From Teamfight Tactics legendary Dragons to Dragonmancers and Reroll builds, three players at the North American Regional Finals claimed a spot at the 2022 Dragonlands World Championship.

Heading into the NA Regional Finals, players were battling for a total of three TFT Dragonlands Worlds seeds. The North American region had a total of four seeds, with Amde claiming the first by winning the Set Seven Mid-Set Finale. Challenging Amde for rookie of the year was Rainplosion after making it to the top eight at the Regional Finals, along with several veterans like TL Kurumx, TL Robin, and C9 k3soju also had their sights set on a Worlds seed.

Day three of the NA Regional Finals instead belonged to Kyivix. Having first made his mark on the competitive TFT scene during Set Five, Kyivix dominated the NA Regional Finals with a total of seven first-place finishes over the course of three days. He consistently went fast nine, leaning into the Guardian Dragon legendary comp, earning the third title win of his career and the NA championship title.

Challenging Kyivix for lobby wins during day three was Rainplosion. Heading into the third day she was already the top contender to earn the highest average placement, a new path as a way to earn a Worlds seed at the NA Regional Finals.

Rainplosion racked up six first-place finishes over three days but fell just shy of finishing second overall after suffering a seventh during game five and a sixth during game six. 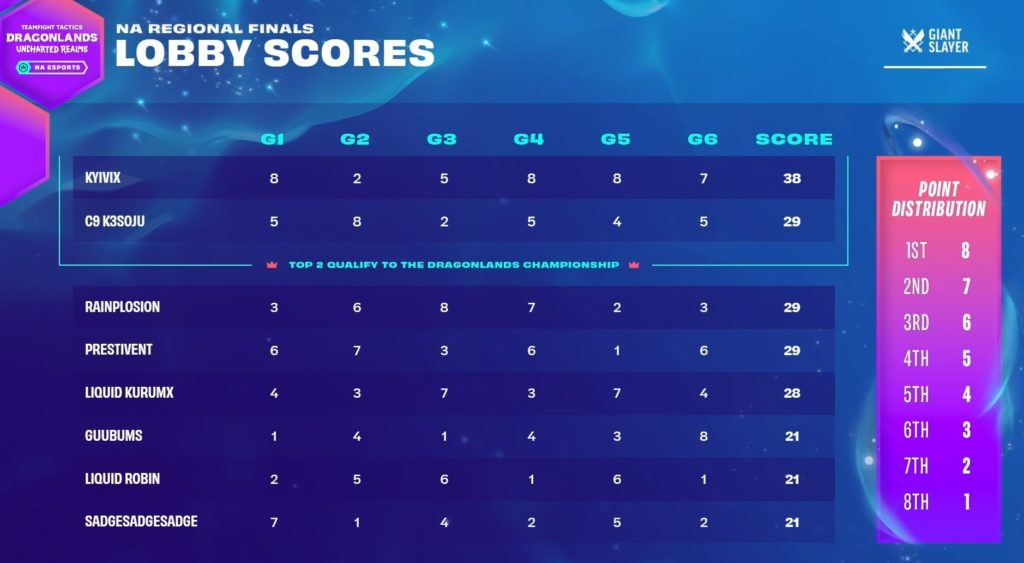 The losses from Rainplosion opened the door for either TL Kurumx, Prestivent, or C9 k3soju to slide into second overall.

Taking a risk that many TFT players would never try, C9 k3soju claimed the Prismatic Augment Cursed Crown during game six. The Augment increases a player’s board state by two but also deals double the damage taken from a loss. And the risk paid off.

C9 k3soju managed to earn a fourth during game six, tying Rainplosion and Prestivent for second-place overall at the Regional Finals. Prestivent and Rainplostion both lost the tie-breaker, advancing C9 k3soju to his first TFT World Championship. 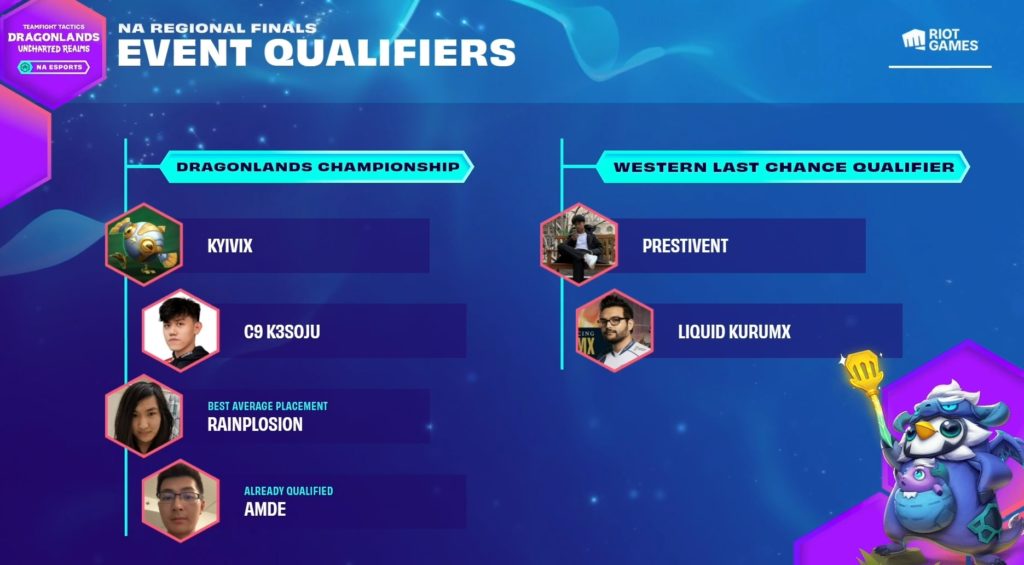 The top two players from the Western LCQ will also advance to Worlds.

Latest comments
No comments yet
Why not be the first to comment?
Featured news
Teamfight Tactics5 hours ago