No one loves getting caught just after a fight.

The Apex Legends developers at Respawn have been very consistent when talking about their new map, Broken Moon, and the new zip rail system embedded within it. The team wanted to shake up the normal flow of Apex matches, whether that be pouring a bit of cold water on one huge centralized hot drop spot or having a lot of teams landing on the edge of the map and routinely moving toward the middle along familiar routes.

Many players had something different in mind when they saw the maps zip rail system for the first time, however: third parties.

Without any trident hover vehicles and just one redeploy balloon on the map, the zip rails will be the primary way most teams choose to move around the map. And they will get teams from one POI to the next in lightning-quick fashion, allowing teams to figure out creative rotations into and out of different POIs and engagements. But with everyone on the map able to access a rail system that will bring them to a different part of the map in mere seconds, wont that increase how oppressive third parties can feel on the map?

The developers, on the other hand, introduced zip rails partly as a means of not deleting third parties from the game but making them a bit more predictable and easier to defend against for teams that are paying attention. 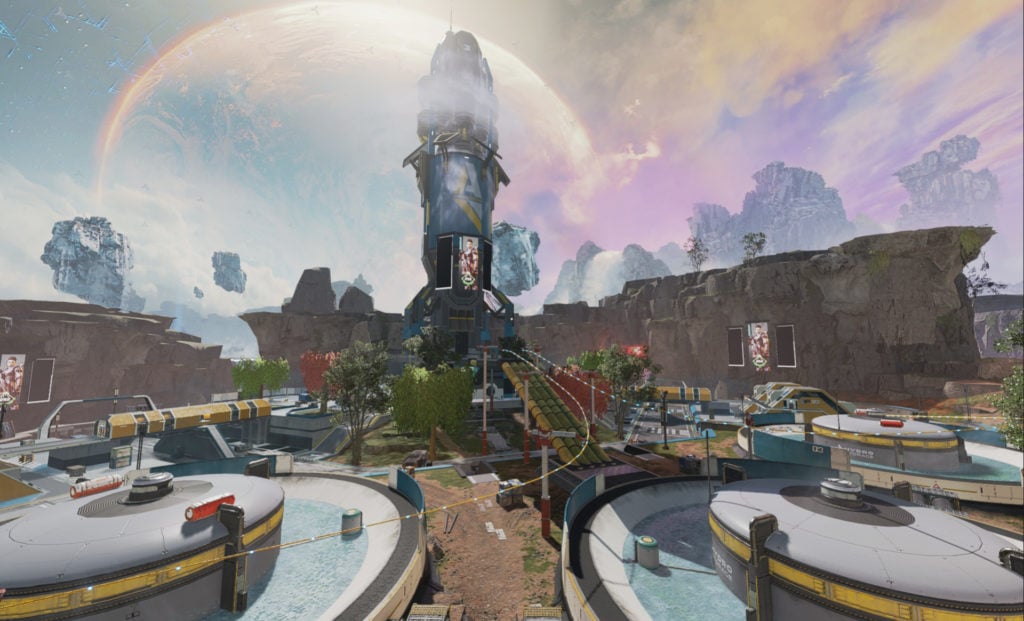 Were not trying to remove third partying, lead level designer Jeff Shaw said in the Apex Broken Moon preview stream today. We think its a very viable strategy. What we are trying to do is think about ways to kind of soften it up. If people are choosing to third party, is there a way you can defend against that?

Shaw noted that redeploy balloons, which are almost completely absent from the map, give players complete freedom to choose where and how they can third party a fight. The zip rails, on the other hand, are fixed tracks on the map, giving players a better idea of where potential third parties might come from when theyve finished a fight.

Shaw went further when talking about rotations within POIs outside of the macro rotations that the zip rails system affords teams, saying that a cat and mouse philosophy prevailed when looking at how different POIs were designed. If you get a shield break, theres still opportunity to get away or disengage for just enough time to heal, Shaw said about the flow of combat and intra-POI rotations.

If Broken Moon does manage to pull off the trick of being a quick playing map in the hands of the majority of the player base with its zip rails and plentiful POIs at which players can hot drop, while also softening the blow of third-party opportunities and providing nuanced combat within its POIs, it just might pull off the trick of pleasing two major crowds within Apex: the casual player base and the competitive player base and its fans. The two factions are often at odds with each other, while neither seems to be openly happy about the state of the game at the moment, if pro player streams and Reddit comments are anything to go by.

Of course, trying to appeal to both crowds at the same time also opens up the risk of Broken Moon pleasing absolutely no one playing the game. And that would be a major blow for Apex at a time when the game needs to instill some faith back into its players.

Regardless, well see how it all pans out when Broken Moon goes live along with season 15 on Nov. 1.