It's been nothing short of a Cinderella run for DRX at Worlds.

DRX made history at the League World Championship tonight when they advanced to the tournaments grand final round, becoming the first team in the history of the event to ever reach the grand finals as a team that originated from play-ins.

The first Play-In team ever to make it to a Worlds Final! #Worlds2022 pic.twitter.com/F3MEFheYRy

DRX qualified for Worlds as the fourth seed out of Koreas LCK. If it wasn’t for two five-game series victories in the LCK’s regional qualifier, DRX would have missed the tournament completely. The team has faced elimination in three of the four best-of-fives they’ve won, dating back to that qualifier.

DRX began their run to the Worlds finals in Mexico City and will be the only team to participate in all four legs of the tournament.

After advancing through the group stage and quarterfinals in New York earlier this month, and winning their semifinal match in Atlanta earlier today, the stage is set for DRX to take on T1 in the grand finals in San Francisco, California next week.

The play-in stage was introduced to Worlds in 2017. Prior to today, the furthest a play-in team had gotten at the tournament was the semifinal round, when G2 Esports went from the play-ins to the top four at Worlds 2018. The franchise would reach the Worlds finals the following year but would do so as the top seed out of the LEC.

Coming into todays best-of-five against Gen.G, DRX were looked at as massive underdogs. The team had not won a single game against Gen.G all season, losing all eight of their previous games against the LCK summer champions.

DRX dropped the first game of todays series, indicating maybe theyd yet to figure out Gen.G, but they roared back for three straight wins to clinch the victory. 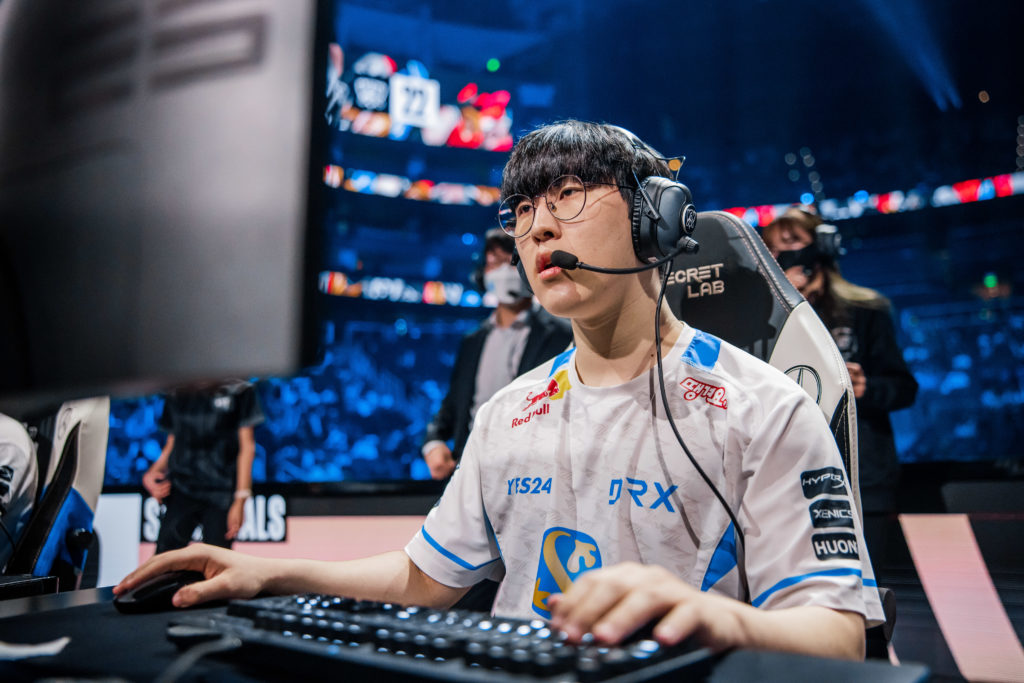 Next week, DRX will face another familiar foe in T1. This season, T1 also thoroughly dominated DRX, winning all eight of their meetings against them, just as Gen.G had.